When I first heard of Blinkist, a service that breaks down recent nonfiction books to easily digestible snippets and audio, I was afraid it would turn out to be some machine-learning-driven auto-summary thing. But in talking to co-founder Niklas Jansen at Blinkist’s headquarters in Berlin, I was pleasantly surprised to learn that the company is still very much people-powered — and in fact, that may be the root of its continuing success.

The basic idea of Blinkist is to take the best of new nonfiction and condense it into pieces just a minute or two long, with entire books summed up in a series of these “blinks” totaling 15 minutes or so. Titles are added regularly, harvested from best sellers, top-10 lists and user wishlists and suggestions.

So far, so normal. But where Blinkist tries to differentiate is in the quality of these summaries. Anyone can read a book and give you a rundown of each chapter, and there are automated summary services that will do something like that, as well. But it takes someone familiar with the field and well-versed in how to communicate that information to do it well. 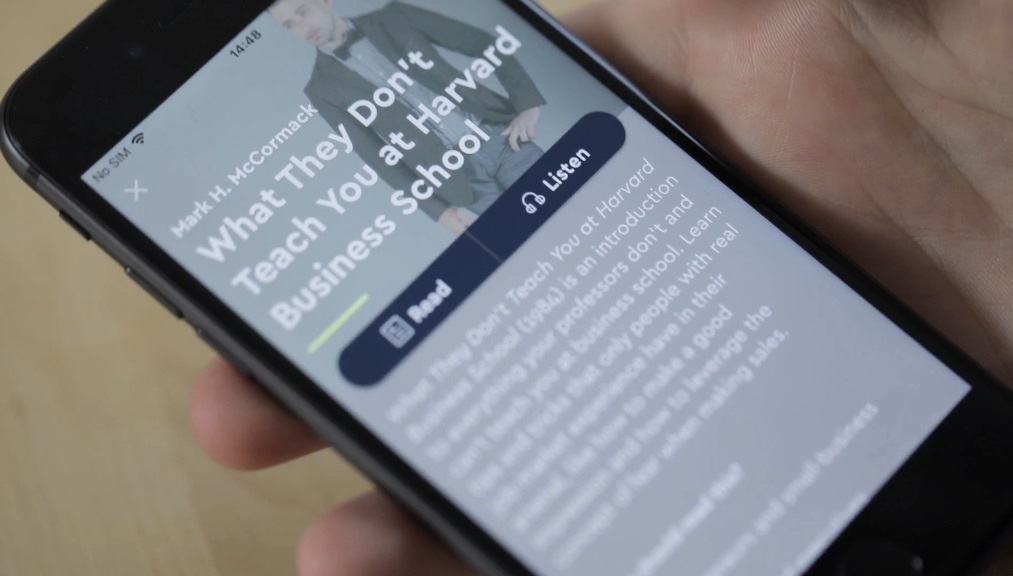 But wouldn’t it take a huge collection of experts, PhDs, authors and so on to keep up with the variety of nonfiction being published? Yes it would, and building just such a collection is where Blinkist has put a great deal of its resources.

As a subscription service, it has steady revenues that it can deploy intelligently, maintaining a large network of experts whom it can call on to do the critical work of dissecting a book, picking out its important parts and writing them up in a compelling way. But these summaries aren’t intended to be comprehensive — that’s why they’re called summaries.

“What’s important is that Blinkist is not intended to replace the book,” Jansen said. “We think of Blinkist as the bridge between no book and the book. There’s always a case why you should go on and buy the full book afterwards.” (And of course a link is provided.)

I was afraid, going in, that I would find out that Blinkist also did this for fiction, which I feel would defeat the point of reading it. After all, the idea in fiction is not to learn some core ideas and see them demonstrated or evidenced, but to experience a story — and the pacing, language and dialogue are critical to that. Fortunately, Blinkist understands this as well, and that is the very reason the team has not attempted it. Nonfiction is just a much more logical choice.

I must admit here that I don’t read a lot of modern nonfiction — none, really. But that doesn’t mean none of these books sound interesting to me. Blinkist seems to cater to types like myself: readers with more curiosity than time.

It’s reassuring to see a modern startup relying so heavily on the human element. Blinkist costs $50 a year to start, which sure isn’t free, but you could think of it like a “feed the humanities PhDs” fund.