As the augmented reality industry slowly matures and those within it look to realize the path to ubiquity they have been preaching, it turns out they’re showing more appreciation for the vision that Google laid out years ago with its Glass headset.

RealWear is aiming to eschew the space-age reality-altering helmets others are pitching to enterprise customers in favor of an AR headset solution that gives industrial workers a taste for the utility offered by navigating tasks in a hands-free way. 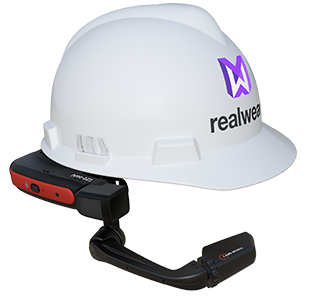 The company’s HMT-1 headset is a rugged, more powerful take on Google’s enterprise edition Glass that operates more akin to a hands-free tablet than what we’ve typically seen from AR glasses companies. The company’s products offers some nice benefits to enterprise customers that focus on adding capabilities without compromising a wearer’s vision by adding opaqueness to a user’s vision with optical systems that are basically sunglasses.

The startup announced today that it has raised $17 million in a Series A round led by Columbia Ventures Corporation. Lowery says his company has already sold thousands of headsets and did $2 million in revenue in 2017, and that he believes it can do $20 million in 2018. A big focus of the outside funding will be to expand the company’s sales and marketing teams.

RealWear CEO Andy Lowery previously was the president at enterprise AR unicorn Daqri, where he says he grew frustrated with the startup’s vision that overlooked less obtrusive form factors. While Daqri has been focused on building environmentally aware, HoloLens-lke interaction for enterprise customers, RealWear utilizes a non-transparent HUD display that is reflected into a user’s vision via an arm that can be moved out of the way. I haven’t had a chance to try one of these on, so I can’t speak to how this design feels, but it’s apparent that the startup has looked to move the heft of the device away from a user’s face in a move that’s visually different from competitors like Daqri, HoloLens and ODG. 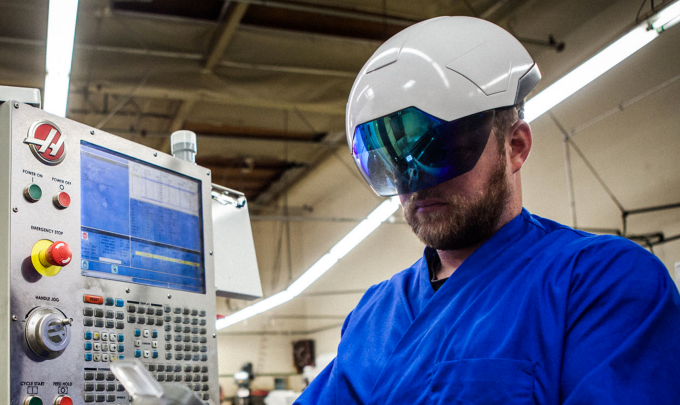 “There’s a lot of confusion in the AR space,” Lowery told TechCrunch. “It’s filled with a lot of technologists that aren’t familiar with industry in general.” Lowery spent six years working at Raytheon, leading the company’s Electronic Warfare division.

Lowery says he believes that systems like RealWear’s offer more benefits to the maintenance/repair/operation segment of industrial processes, while the more complex AR headsets adorned with spatially aware sensors are better suited for manufacturing.

Another thing RealWear’s tech has going for it is its spartan simplicity; rather than creating a piece of beta tech that you can talk to like your friend and navigate with 3D interface wizardry, RealWear is focused on interfaces that don’t require too much imagination (or training) to navigate. You just say the menu item that you want to select and that’s it. It’s nothing particularly sexy, but it also isn’t particularly confusing, and it allows for higher accuracy even when users are in particularly noisy scenarios.