The quest for Olympic gold is the search for the slightest leg up — small changes that could ultimately shave fractions of a second off of one’s time. It’s an ideal platform for a technology like 3D printing, where the ability to customize products can have a dramatic effect on their physical qualities.

No surprise, really, that more teams are turning to technology for a leg up. The United States’ luge team jumped on the bandwagon in the lead up to PyeongChang, enlisting the help of Stratasys to design a better sled. This week, U.S. Olympians Justin Krewson and Andrew Sherk will be riding sleds designed with help from the industrial-3D-printing giant. 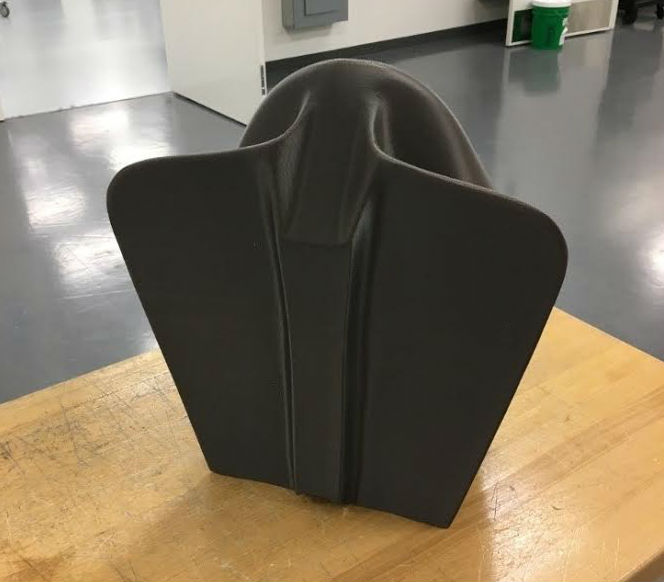 “Essentially they said what we hear from a lot of clients: ‘We want to customize our tooling. We want it faster, we want it cheaper,’ ” he explains. “They need the tools to make one sled for one athlete. A lot of other manufacturing processes can be pretty wasteful, especially when you consider that any sort of optimization on the efficiency can make or break whether you get a gold medal or not.”

The team created scans of the Olympians’ bodies and Stratasys created molds using its Stratasys Fused Deposition Modeling (FDM) technology. The company says the primary advantage in using the tech over more traditional molding methods is the ability to iterate at a much faster rate, letting the team try out a variety of different versions of a sled ahead of the big show.

For now, the technology is only being used as tooling for the manufacturing process, but the company says it plans to start building 3D-printed sleds in time for the next Olympics.

“Even though they’re competing now, we’ve provided them with different 3D-printed components to evaluate for actual portions of the sled,” says Tim Schniepp, Senior Director of Composites at Stratasys. “We’ll work our way up to more important parts. We’re absolutely working up to printing the sleds themselves.”