With Event Grid, Microsoft introduced a new Azure service last year that it hopes will become the glue that holds together modern event-driven and distributed applications. Starting today, Event Grid is generally available, with all the SLAs and other premises this entails.

Using Event Grid, developers can easily connect virtually any service to another, no matter where they run. The service sits on top of Service Fabric, Microsoft’s platform for building microservices, and complements other serverless Azure tools like Functions and Logic apps. The basic idea here is that Event Grid can route information about an event (say a new file is uploaded to a storage service) and then route that to another service to process this data (maybe for image analysis) — and you can even fan this event notification out to multiple services, too. That’s a core feature for every serverless application.

As Microsoft’s director of Azure Compute Corey Sanders told me, the service currently handles about 300 million events per week, though he expects that number will go up significantly now that Event Grid is out of preview. During the preview, Microsoft saw a lot of customers who used the service to build IoT solutions and to streamline some of the processes of their ops teams. 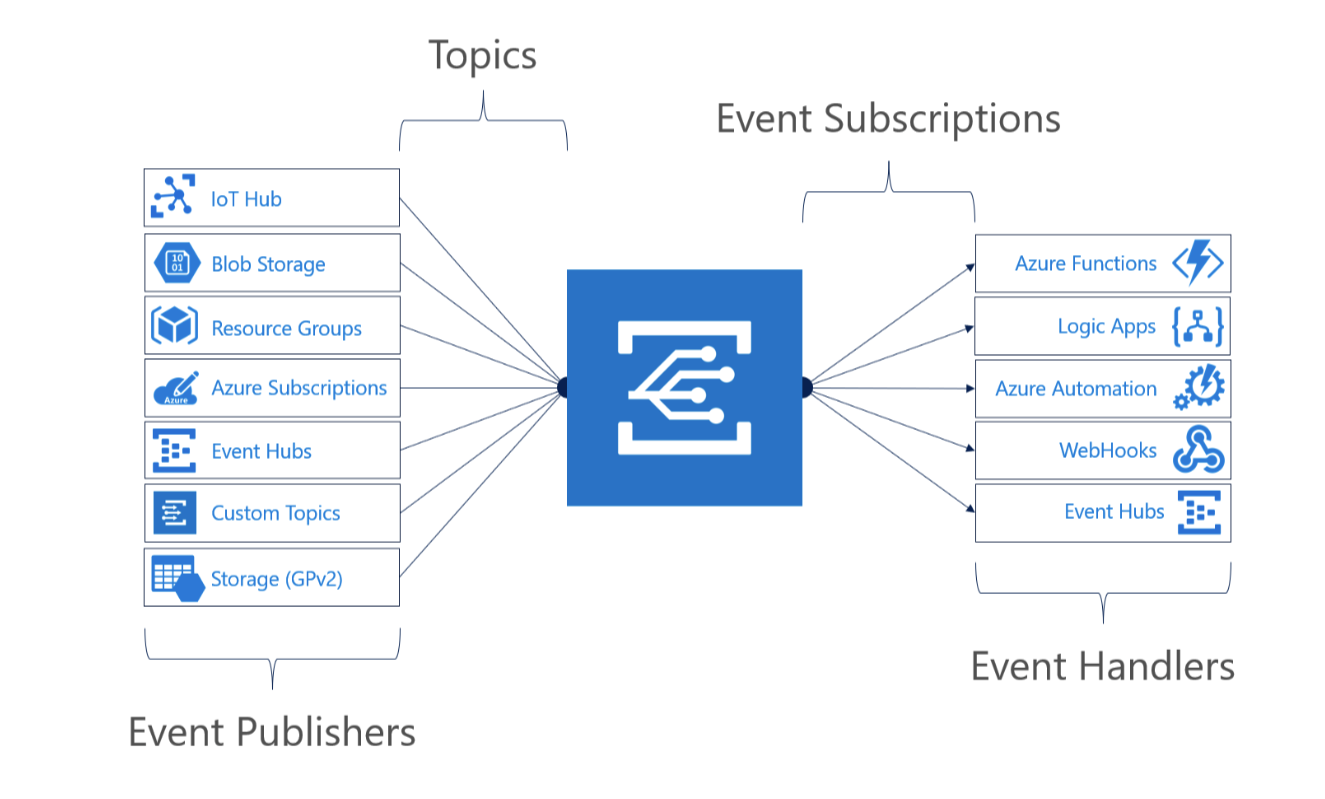 Another trend Sanders noted was that most users currently use the service to connect their own customer applications with services in the Azure Cloud. Event Grid allows you to use WebHooks to connect any two custom applications together, too, but Microsoft isn’t seeing a lot of users who are completely bypassing other Azure services beside Event Grid.

The service is now available in about 10 Azure regions in the U.S., Europe and Asia, with more to come soon. Like all Azure products that come out of preview, Event Grid is now also backed by an SLA with a 99.99 percent uptime guarantee. What’s maybe more important, though, is that Event Grid also has a 24-hour retry policy, so if one side of your system goes down, Event Grid will continue to deliver its notification for a full day. Supported languages include Python, .NET, Node.je, Go and Ruby — and Microsoft promises to add more in the future.

In explaining Microsoft’s strategy behind Event Grid, Sanders echoed a mantra that you’ll often hear from Microsoft these days: “It’s to enable developers to build these solutions, no matter where and how they build them.”

Microsoft won’t charge developers for the first 100,000 events per month. After that, developers pay $0.60 per one million events. During the preview period, this number was $0.30 per million; I guess that means Event Grid was making well less than $100 per week by the end of the preview period. To be fair, though, this service is meant to give developers more reasons to use the rest of the Azure lineup, and the company probably doesn’t expect Event Grid to become a major revenue driver anytime soon.