Goxip, a Hong Kong-based social shopping service, has raised $5 million to branch out into influencer marketing.

The investment was led by Meitu, the $6 billion Hong Kong-listed company that develops selfie apps and selfie-optimized phones, with participation from Hong Kong conglomerate Nan Fung Group via its inaugural Mills Fabrica Fund.

Others who took part include a trio of young female investors from major monied families. Chryseis Tan, an existing investor who is the daughter of Malaysian billionaire Vincent Tan; Sabrina Ho, the daughter of a Macau-based casino magnate Stanley Ho; and Iman Allana, from Indian multi-billion dollar food giant Allana Group.

Goxip’s core app is akin to a ‘shoppable Instagram,’ as we wrote back in 2016. Users can post photos of their outfit, wish list or other items and then make money when a follower clicks the link and buys the outfit in question.

The company claims to have 300,000 users in Hong Kong (mainly) and Malaysia and partnerships with Net-a-Porter, Harrods, and ASOS among others. It plans to expand into Thailand, and to explore opportunities with Southeast Asia-based retailers, but the main move is into influencer marketing via its upcoming RewardSnap service.

Goxip CEO and co-founder Juliette Gimenez told TechCrunch that she has long admired RewardStyle, a service that connects influencers and bloggers with brands, but there is a gap that is not served in Asia.

“RewardStyle has been monopolizing the U.S. and UK, but there’s nothing like this in Asia,” she explained. “This is a black hole nobody is diving into. Brands don’t know how to start the conversation, while influencers in Asia don’t trust existing platforms used like Google Analytics. Then a lot of the hardcore brands aren’t even online in Southeast Asia.”

Indeed, TechCrunch wrote in 2016 that RewardStyle, while very much under-the-radar, had grown to generate more than $1 billion in sales for its 4,000 retailers and 575,000 brands worldwide since launching in 2011.

Gimenez believes Goxip is positioned to bridge the gap in Asia thanks to relationships with influencers and brands, and its “presence in Hong Kong and know-how in Southeast Asia.”

RewardSnap is set to launch in the coming months. The service will be focused on influencers with a large social following — Gimenez suggested 500,000 followers as a potential minimum — and it will allow influencers to post content anywhere on the internet, not just the Goxip app. That’s optional and suggested because the app allows sharing directly to Instagram and Facebook, but RewardSnap influencers don’t need to have a presence Goxip, according to Gimenez.

Influencers will be added on an invite-only basis and the company is opening to working with agencies, who tend to look after the marketing activities of influencers in the region. 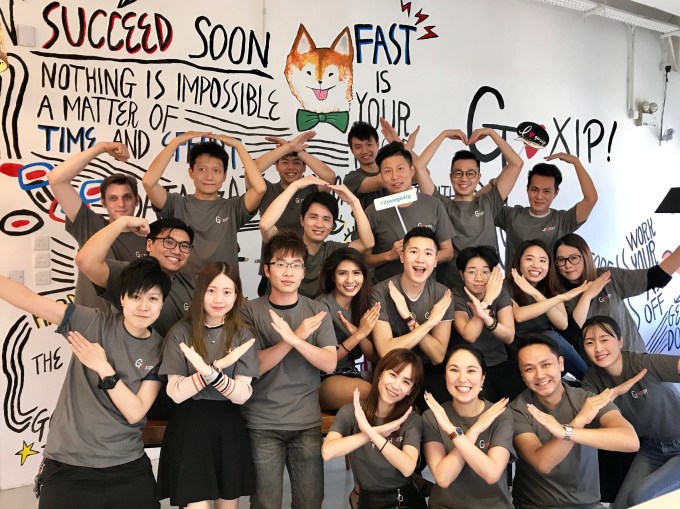 The move is an interesting one that makes a lot of sense. Home court advantage has helped Goxip build an impressive presence in Hong Kong, but essentially the service is taking on Instagram, Facebook and any other social network, a battle that you’d suspect doesn’t scale without some incredible bankrolling. And even then you’re trying break very primal social habits, which is as tough a challenge as there is.

RewardSnap will allow Goxip to break out of that and piggyback existing social networks where the influencers and those who are influenced already interact.

That said, Gimenez is still very bullish on the Goxip service, which she sees as being a kind of fashion-focused search engine.

“A lot of people use Goxip to search,” she said. “They come with the intent to buy so our conversion rate is high.”

The deal is also the first major investment from Meitu in a startup focused on Southeast Asia. That’s a region that the company is keen to target — it currently accounts for one-quarter of its claimed 400 million users — and it plans to work with Goxip on potential strategies to leverage each side’s apps and social media presence.