Facebook announced on January 11 that it would change its News Feed algorithm to prioritize posts from friends and family over public content. Say goodbye to never-ending sponsored posts from Tasty, CNN, and other brands that have embraced the platform. Time to say hello to more personal posts featuring commenting and sharing from your friends. Sounds like the original version of Facebook, no?

Facebook’s News Feed change pushes hard to create a better user experience for its users by focusing on meaningful interactions between people. This is critical for its business as the tech giant seeks to move back to its core mission of not just connecting people, but connecting people meaningfully. In a year that was rife with Russian interference, public trust issues, and content policing concerns (…and throw in a Senate hearing), Facebook is now focused on reassuring the public by rebuilding its brand and delivering an amazing user experience.

But this leaves media professionals that have increasingly leveraged Facebook for content distribution and monetization in a pickle. Publishers in particular are seriously worried. But should they be?

Publishing in the age of social media

Facebook’s user base is formidable. With ~2B worldwide monthly active users, Facebook is a critical tool for publishers who seek to grow their audience. Through the social media giant, publishers found an easy platform with incomparable traffic by which to distribute content. Facebook made it easy by cultivating publisher relationships in an effort to make Facebook a destination for more than just wall posts and photos of your friends babies.

However, for Facebook, this strategy has turned the platform into a destination where users passively scroll. Time spent on the platform has lost its luster as a key metric for Facebook, says Mark Zuckerberg. Even as Daily Active Users increase quarter over quarter with an average growth rate of 4.5% over the past two years. “I expect the time people spend on Facebook and some measures of engagement will go down. But I also expect the time you do spend on Facebook will be more valuable.” Active use of the platform, where user behavior is deeply social and emotional in nature, is far more valuable to Facebook, whose survival depends on an active, engaged user base. This new value equation has created a more relevant time-based metric for Facebook, with Zuckerberg reporting in Facebook’s 2017 Q3 earnings call that “time spent is not a goal by itself here; what we really want to go for is time well spent”.

This quote sounds all too familiar to a strategic discussion at YouTube in 2012 to focus on watch time instead of views. YouTube had been focused on growing viewership and the video platform’s publisher monetization was specifically tied to views. More views equals more ads. More ads equals more money. However, YouTube realized that bad views were not good for the platform in the long term and were creating a new form of publisher whose sole goal was to create view, no drive meaningful time on the platform. Time spent engaged with better quality content would be more valuable. In the short term, some publishers would lose money and others would be put out of business. The thumbnails and titles that encouraged clicks and views would go away. Overtime, the good content that kept people engaged meaningfully would win.

The Short-Term Impact on Publishers

For publishers, passive scrolling through sponsored content was a blessing. Facebook enabled more eyeballs to discover their content in a world where competition for user attention is fierce. Publishers began to rely on social media channels like Facebook for increased traffic, which worked when public content was easily discoverable and prioritized on the News Feed. Now however, publishers cannot proceed with the same content distribution and monetization strategy, expecting the same outcomes.

We’ve seen before how Facebook can greatly impact a the business outcome for a publisher and how necessary it is to adapt one’s growth strategy accordingly.

Consider Zynga, the mobile gaming company behind the FarmVille craze (I know you have fallen prey to those crops). Zynga launched its games as Facebook apps and based on the company’s popularity on the social network (by the end of 2009, more than 20% of Facebook users were playing FarmVille). The company then went public in 2011. However, the dependence on Facebook ultimately hurt its business. When Facebook adopted policies that hurt Zynga’s method of reaching players and making money (removing third party ability to push notifications and make requests and taking 30% of revenue), Zynga had a choice: part ways with Facebook and focus hard on a standalone owned-and-operated destination or reconfigure a Facebook partnership. Zynga leadership chose the latter before shifting to a stronger O&O and mobile strategy and the results were disastrous:

To win in a shifting social media environment, publishers will seek to mitigate their dependence on Facebook to generate audience traffic, since that traffic will now decrease. While some publishers that have taken advantage of clickbait images and titles may fail to succeed in this transition, those publishers that are truly creating good content with a good user experience will pull through.

This initial dip in traffic will no doubt taper over time, since users will still seek a solution to discover and consume publisher content, even if Facebook is not it. Audiences always desire (more) content from their favorite outlets and from brands that they trust. Winning publishers can provide this solution by focusing their content distribution and monetization outside of the Facebook News Feed.

Publishers will buckle down on their owned-and-operated properties and ensure that they are creating the best user experience on the destinations they can actually control. Consider HuffPost’s Highline property. Dedicated to featuring provocative cover story content. Highline also has impeccable site design. By investing in this O&O property’s content and its UX, HuffPost positions Highline as a user-friendly content discovery destination, and a daily habit for its users. 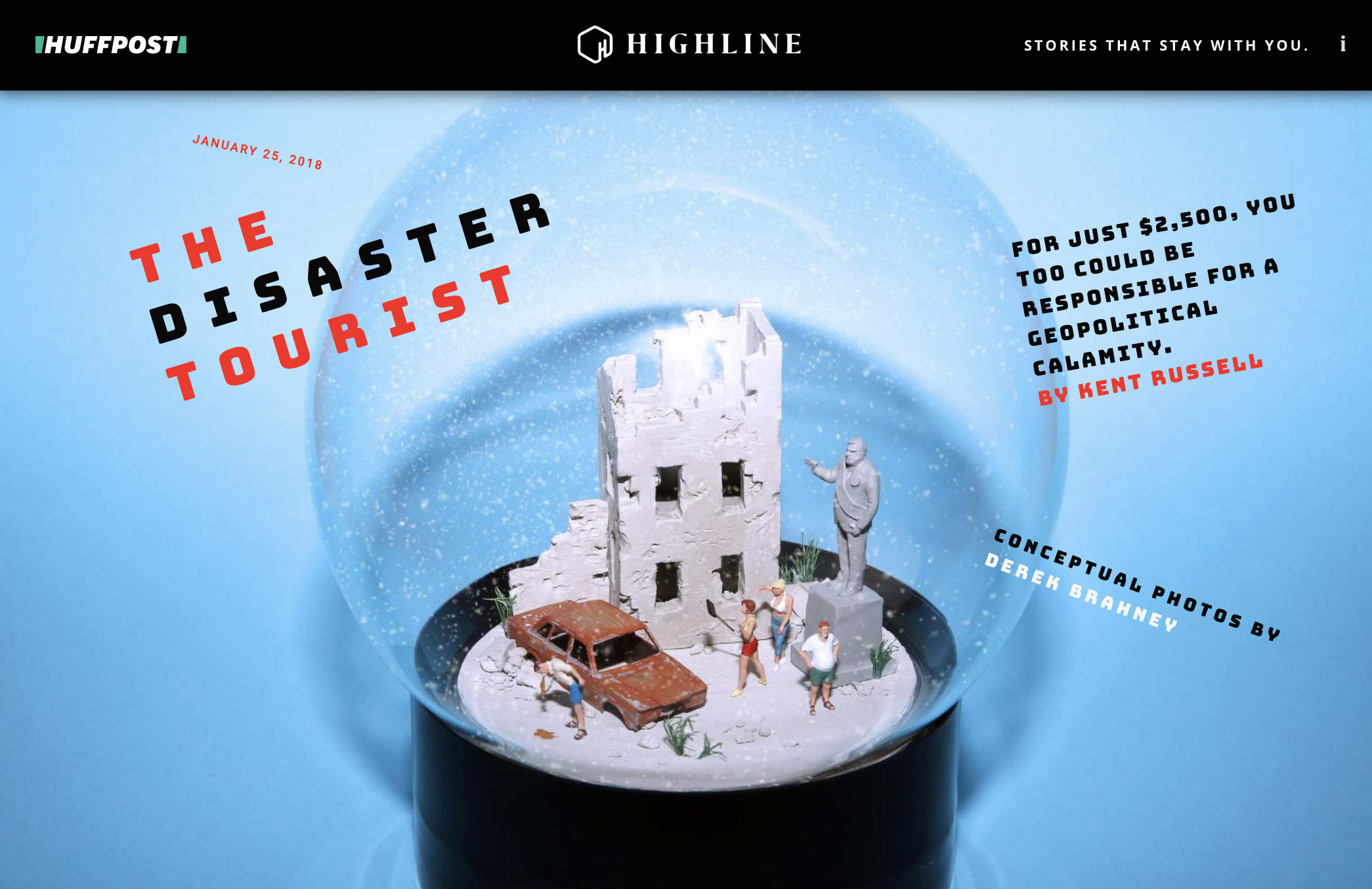 When it comes to content monetization, publishers must innovate their advertising strategies as well. By moving beyond ‘boring banner ads’ and tapping into the shifting audience preferences for higher quality and more engaging content, publishers will increasingly look to offer advertising solutions that better actively engage users. It’s no surprise that the ‘active engagement’ trend influencing Facebook’s News Feed decision equally applies to advertising content.

Publishers have already recognized their need to differentiate themselves from simply being a place for eyeballs. USA Today’s Get Studios is an example of how publishers have invested in branded content creation (a big part of Buzzfeed’s strategy over the past couple of years). With the landscape questioning viewability and impcat of programmatic platforms, more publishers are offering massive takeovers / high profile premium ad placements. Additionally, publishers are beginning to reposition themselves as technology companies (the Washington Post offers software services now!).

We have seen publishers like The New York Times invest heavily in new emerging technologies like Virtual Reality . And I have seen how publishers ability to offer unique content, formats and distribution that have proven high engagement for brands has opened up new revenue streams. Those publishers that lean in to more emerging forms of content and storytelling will not only win audiences, but more ad dollars that will be shifting away from Facebook with these recent changes.

[Disclosure: I co-founded OmniVirt, a 360° VR advertising platform that services publishers, brands and agencies as they navigate the flux in media and advertising]