Alphabet, the company you probably still wrongly refer to as “Google,” today announced the launch of Chronicle, a new cybersecurity company that aims to give companies a better chance at detecting and fighting off hackers. Chronicle is graduating out of Alphabet’s X moonshot group and is now a standalone company under the Alphabet umbrella, just like Google.

Stephen Gillett, who joined X from Google Ventures and was previously the COO of Symantec, will be the new company’s CEO.

To get started, Chronicle will offer two services: a security intelligence and analytics platform for enterprises, and VirusTotal, the online malware and virus scanner that Google acquired in 2012. 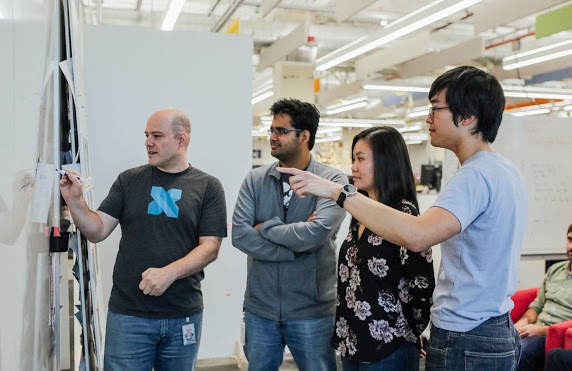 Gillett writes that the general idea behind Chronicle is to eliminate a company’s security blind spots and allow businesses to get a better picture of their security posture. “We want to 10x the speed and impact of security teams’ work by making it much easier, faster and more cost-effective for them to capture and analyze security signals that have previously been too difficult and expensive to find,” writes Gillett. “We are building our intelligence and analytics platform to solve this problem.”

X’s Captain of Moonshots Astro Teller also notes that “the information that security teams need to identify and investigate attacks is right there in an organization’s existing security tools and IT systems, but it’s hidden in enormous volumes of data and therefore can’t easily be seen, understood, or used.”

What exactly this new platform will look like remains to be seen, though. Gillett notes that it will run on Alphabet’s infrastructure and use machine learning and advanced search capabilities to help businesses analyze their security data. Chronicle also says that it will offer its services in the cloud so that they can “grow with an organization’s needs and don’t add yet another piece of security software to implement and manage.”

Chronicle isn’t exactly the first company to take this approach, so it’ll be interesting to see how it is different from its competitors, which includes various log analytics firms and the likes of IBM.

While Alphabet admits that it doesn’t have many details to share at the moment, the company does say that the service is currently being alpha tested by a number of Fortune 500 companies.

Chronicle will host a press call later today and we will update this post as we learn more about the service.