Spotify says advertisements that recently appeared to paying subscribers of its music streaming service were loaded by mistake. Over the past few days, a number of Spotify customers complained their music listening experience was interrupted with ads inserted into their playlists.

To be clear, the ads being weren’t those from third-parties, but were rather in-house promotions for Spotify’s own content. However, this detail didn’t matter much to the upset users who felt they had paid for an ad-free experience, which didn’t include promotions of any kind.

In a Reddit posting this week, one user said they recently opened the “This Is: Hans Zimmer” official Spotify playlist, only to discover the first “song” on the playlist was actually an ad for the Spotify podcast, “Showstopper.” 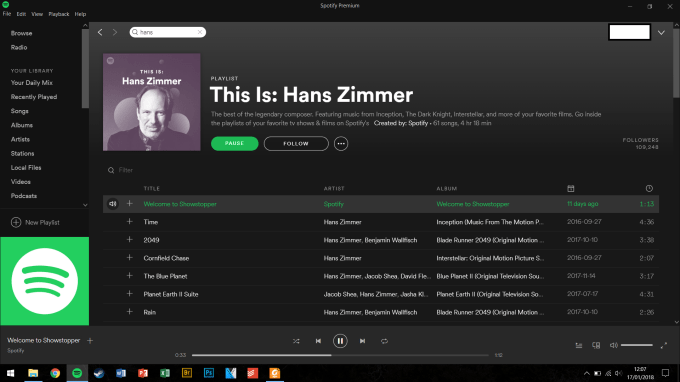 The podcast was first announced last year as part of Spotify’s ongoing push into original content.

Yesterday, the company debuted a new multimedia format, Spotlight, that adds visual elements to podcasts along with a handful of media partners. However, this appears to be unrelated to the accidental ad push.

The ad for “Showstopper” wasn’t the only odd interruption to afflict Spotify customers.

Another subscriber, Kelly Lincoln, told TechCrunch she saw the Showstopper ad, and had Spotify’s top music playlist RapCaviar interrupted with videos. In this case, she saw a video called “Scenes from Atlanta” among others. (See screenshots below). 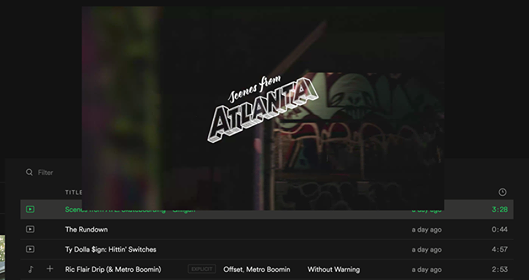 The videos she saw inserted into the music playlist come from the RapCaviar: Original Videos feed, which includes content made for RapCaviar – like scenes and visual from a city along with music from those cities. (Spotify says these are not ads. It didn’t explain why they were showing in the user’s RapCaviar music playlist, though.)

“As someone with attention issues and a traumatic brain injury, having a video interrupt my focus while working is for me unacceptable,” Lincoln told us, as to why she has been tweeting to Spotify for hopes of a resolution.

Another user had also chimed in on her Twitter thread to ask about the ads, too.

Seeing the same in mine. @SpotifyCares can you please clarify why there are adverts in an album on my premium account please? pic.twitter.com/u52WVeqZGy

Spotify didn’t respond to the users’ inquiries, so we reached out in hopes of clarifying the situation further.

The company told us this was all a mistake.

“This was a promo for a Spotify podcast called ‘Showstoppers.’ We were testing new ways to promote this in the Spotify client around relevant playlists,” a company spokesperson said. “It should not have appeared for Premium users,” they added.

Of course, even if it had been meant for Premium subscribers, Spotify wouldn’t have been the first streaming service to force paying users to watch in-house ads. Netflix, for example, has trialed a variety of ad formats to push its content over the years, including pre-roll videos, autoplaying trailers, teasers, and even screensavers. Amazon has tested pre-roll as well. And HBO has been running promos for its own shows for some time.

For Spotify, the test indicates the company is thinking about how to make its non-music content more discoverable within its user interface – something that could impact its bottom line, if done right.

While the company’s official playlists are shaping today’s music industry, it’s had less success with its original content, like podcasts and video.

If the company is able to grow these non-music verticals, it could sell ads against content that’s not as expensive to acquire, compared with music rights, and in turn, boost its profitability. Given that the company just filed to go public, growing its user base for its podcasts and videos is likely a significant focus at this time.