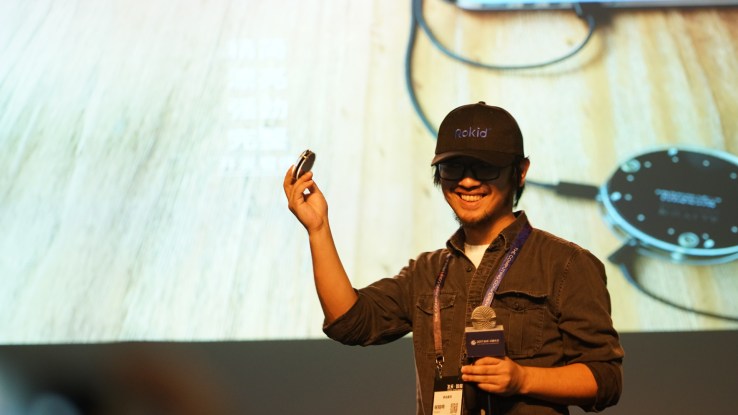 Rokid, a Chinese startup that makes an AI voice assistant and smart devices, just raised a Series B extension round led by Temasek Holdings, with participation from Credit Suisse, IDG Capital and CDIB Capital. The size of the round was not released, but a source familiar with the deal told TechCrunch that it is $100 million.

The company’s previous funding was its Series B round, which was announced in November 2016. Founder and chief executive officer Mingming Zhu says Rokid raised a Series B+ instead of a C round because the company, which is based in Hangzhou, China with research centers in Beijing and San Francisco that develop its proprietary natural language processing, image processing, face recognition and robotics technology, is still in its early stages. Rokid wants to focus on gathering more resources and bringing in strategic investors like Temasek Holdings before moving on to a Series C. An investment holding company owned by the Singaporean government, Temasek Holdings counts artificial intelligence and robotics among its main investment areas and its other portfolio companies include Magic Leap. 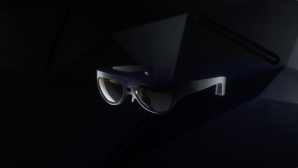 The company’s product lineup already includes smart speakers called Rokid Pebble and Alien, which are currently sold in China. During CES, Rokid debuted its newest offering, Rokid Glass, augmented glasses created specifically for consumer use, as well as an open-source platform, called the Rokid Full Stack Open Platform. Created in partnership with Alibaba, the platform gives third-party hardware developers who use Rokid’s voice assistant access to free resources, including software blueprints and content for IoT devices. Rokid hopes that both will help build its name recognition and presence in the United States.

Reynold Wu, Rokid’s director of product management, describes the Full Stack Open Platform as a turnkey solution that not only gives developers access to Rokid’s AI technology, but also hardware solutions and services. Released with Aliyun, Alibaba’s cloud computing business, the cloud platform opened to third-party developers in China earlier this year, and will launch in the U.S. soon.

Rokid wants the platform to serve as a bridge between the two countries by giving U.S. developers an easy way to enter the Chinese market and also encouraging the development of more content for devices running Rokid’s technology, which founder and chief executive officer Mingming Zhu says is vital to attracting consumers.

“AI products are born to be global, not just for local market,” explains Zhu. “The only issue for Rokid is that we’re not ready for the U.S. market because the most important thing is content and we are not ready if there is only local content or services.”

The Pebble and Alien will be up against Google Home and Amazon Echo, which have become almost synonymous with “smart speaker” in the minds of many consumers, while Rokid Glass will inevitably be compared to Google Glass. The success of the Pebble and Alien hinge not only on how well users think Rokid’s voice assistant compares to Google Assistant and Amazon Alexa, but also the library of content and apps that the startup is able to build for its smart speakers.

While Google Glass flopped among consumers, but saw more success as an enterprise device. Rokid hopes its smart glasses, which run on its proprietary AI voice and imaging algorithms, will be able to succeed where Google Glass wasn’t because it was designed specifically for consumer applications. Early reviews from CES say the Rokid Glass is promising and praised features like face recognition, but said it still needs work to become more responsive. Once it goes on sale, the Rokid Glass will compete with smart glasses from Vuxiz, Sony and Epson. Its price hasn’t been revealed yet, but Zhu says it will be sold at a consumer-friendlier price point than its competitors (many augmented reality smart glasses from Rokid’s rivals are currently priced in the range of $600 to $1,500).

“I think we are the only product that is really consumer-centric in not only design and weight, but also energy use,” says Wu. “A lot of players design for the enterprise market first and then try consumer opportunities, but we have developed consumer products over the past three years. All of them have entered the market successfully and we have users because of that, so we have confidence in our consumer products.”