Delivery logistics platform Bringg announced today it has raised another $12 million in Series B funding, bringing the total round to $22 million. The round, which follows the initial Series B from last spring includes new, strategic investment from automotive leader Dr. Shmuel Harlap, shipping and real estate magnate Eyal Ofer, and Salesforce Ventures.

Previously, Bringg had raised $10 million in Series B funding led by Aleph VC, with Coca-Cola and prior investor Pereg Ventures also participating.

The Chicago and Tel Aviv-based startup was founded in 2013 Raanan Cohen, the former founder and CEO of MobileMax; and Lior Sion, previously the CTO of Gett and Clarizen.com. The goal was to offer retailers and other businesses an Amazon- or Uber-like level of visibility into their own delivery operations by offering a wide set of features like the ability to track a driver’s progress on a map, delivery notifications, driver-to-customer communications, star ratings and more.

These sorts of tools are needed in several industries beyond retail or food delivery. Today, Bringg counts a number of customers across retail, e-commerce and food, but also services and logistics providers in over 50 countries. While the company can’t disclose all its customers, it is being used by some well-known brands, including strategic investor Coca-Cola, along with Kimberly Clark, Panera Bread, Cdiscount and Hilti.

Coca-Cola, for example, has been using Bringg to handle a variety of needs, ranging from out-of-stock situations to equipment repair operations across parts of Europe, Asia and Latin America. It’s also developing a direct-to-consumer service on Bringg that hasn’t yet launched.

Panera Bread, meanwhile, used Bringg’s platform to launch its nationwide delivery service, ahead of its $7.5 billion acquisition by JAB. 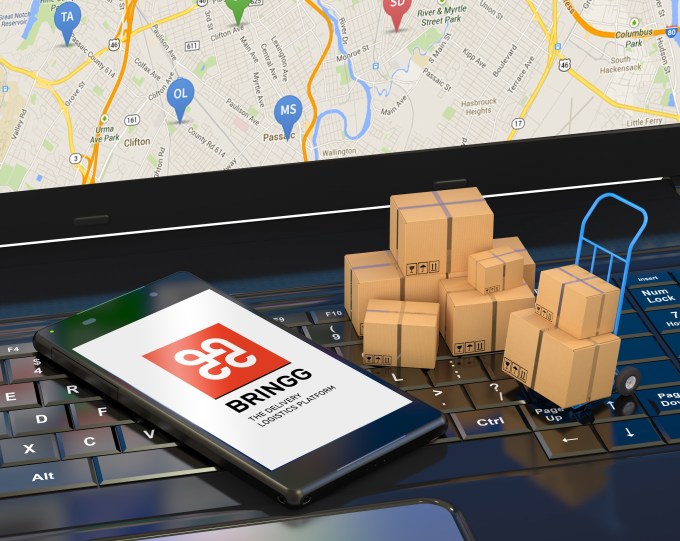 Since its funding round last year, Bringg has seen significant growth, Cohen says, as businesses try to catch up to Amazon and others leading the market in delivery and logistics. The company has grown from just a few large clients last year to now over 30 projects in some phase of roll-out.

It has also doubled its team of under 30 to over 60, and plans to hire 60 more in Tel Aviv, Chicago and New York.

“On the macro level, our place in the world is to help existing brands and enterprises to have delivery capabilities like Amazon,” says Cohen. “The way Amazon is pushing the market – whether it’s groceries, retail or pharmaceuticals – all these industries are now pretty much in panic mode trying to come up with their own delivery capabilities,” he says, adding that the trend is only getting stronger over time.

The company is not yet profitable, but it’s signing sizable deals with its customers – its annual contracts often range in the six to seven figures, for instance.

With the new strategic investment, Bringg is poised to enter new verticals as well. Dr. Shmuel Harlap, a large shareholder in Mobileye (acquired by Intel in $15.3 billion deal), offers expanded access to the automotive vertical where car markers are launching their own services like those for car-sharing, transportation, roadside assistance and others.

Eyal Ofer’s businesses could connect Bringg to freight and shipment services, and other players not yet on its radar.

Salesforce.com, however, has been working with Bringg for some time due to Bringg’s need to integrate with existing systems for some customers.

“25 to 30 percent of their customers have delivery elements to their business,” notes Cohen. “There’s an overlap between their customers and our customers, so obviously this could be a great strategic partnership for us.”

“All three get us bigger exposure, get us closer to the market, and get us potential large customers,” he adds.