Educational robotics have already emerged as one of the most prevalent trends at this year’s CES. I’ve seen pitches from dozens of them so far, and the show only officially opened two hours ago. The Root is definitely one of the most interesting of the bunch, a product spun out of Harvard’s Wyss Lab that’s been on our radar for a while now.

The startup was on-hand at CES this week, showing off the final shipping model for the first time. The consumer version of the product offers a few subtle tweaks from the prototype the company’s been showing off for a while, including a small whiteboard eraser built into the bottom of the robot. 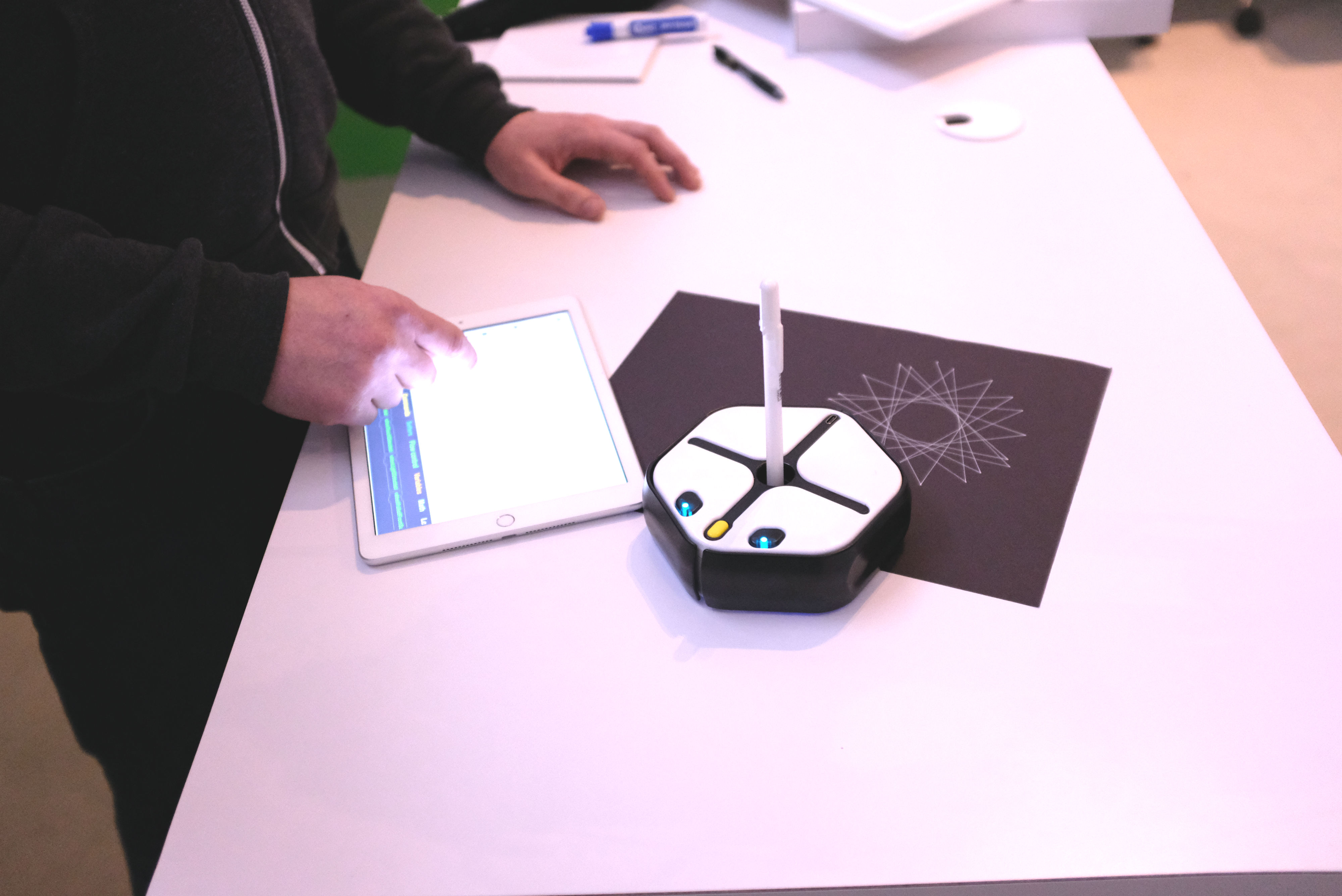 There’s also a USB-C port up top, designed for modular accessories that plug directly into the top of the little Roomba-like robot. Those will start rolling out about a month after the Root starts shipping at some point in Q2 of this year. The first couple of accessories are a bulldozer add-on and a “building block tray,” which is sort of like a LEGO board that plugs onto the top. That one appears to be more decorative than anything. More useful add-ons like cameras should also be coming at some point.

The robot is up for pre-order now, at $199. That will also get you some markers to plug into the center of the robot for drawing and a “foldout whiteboard,” which is basically a laminated sheet, but it does the trick. If you happen to have a real whiteboard lying around, however, the robot will snap to it, magnetically, so it can draw vertically or upside down. 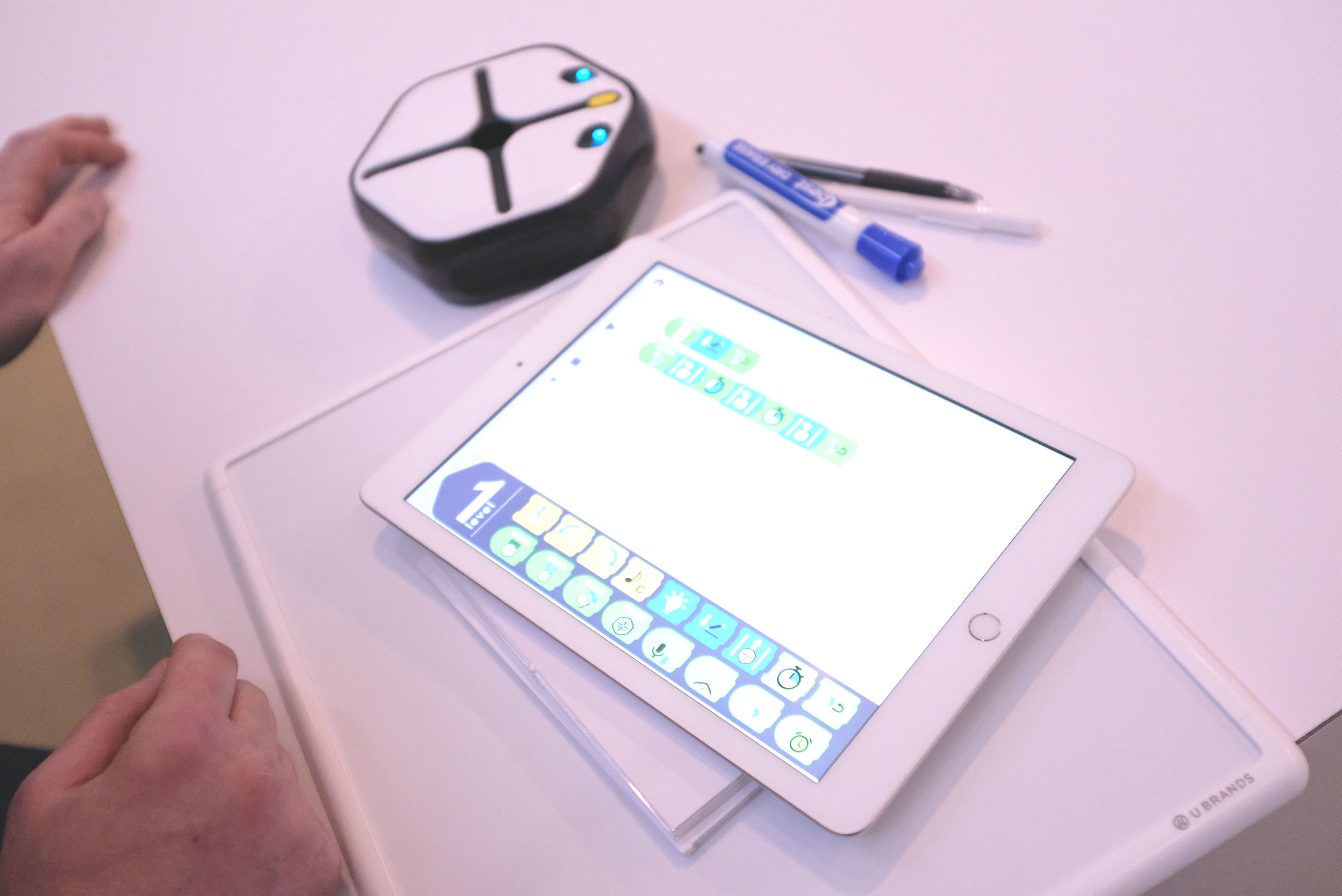 I’m still a bit skeptical here, as I am with all of these “learn to code” robots. It’s that transition from a fun toy to a legitimately useful education device that’s tricky to navigate, especially given that the startup has developed its own proprietary coding language better suited to Root’s specific needs.