As expected, today’s Huawei CES press conference was a strange affair. The company’s U.S. plans were recently thwarted, as per a report in The Wall Street Journal, leaving the company in a bit of a lurch. Consumer CEO Richard Yu went ahead as planned, officially launching the company’s new flagship here in the States, but as an unlocked option, only.

The Mate 10 Pro goes up for pre-order on February 4th, and will still get a pretty solid retail presence in this country, courtesy of Best Buy, Amazon, Microsoft, Newegg and B&H on the 18th. The handset runs $799 unlocked.

It has a six-inch QHD+ OLED display and a massive 4,000mAh battery. On the back are a pair of Leica-branded lenses, which can do all sorts of fun things like AI-powered real-time scene and object recognition and AI-powered bokeh effects (i.e. Portrait Mode), powered by the company’s AI-enhanced chip architecture.

It’s a likely good and interesting phone, but AT&T’s reported late-inning desire to back out of a deal with the company leaves Huawei in a lurch in a country where the vast majority of smartphone purchases are still done through carriers at subsidized rates. 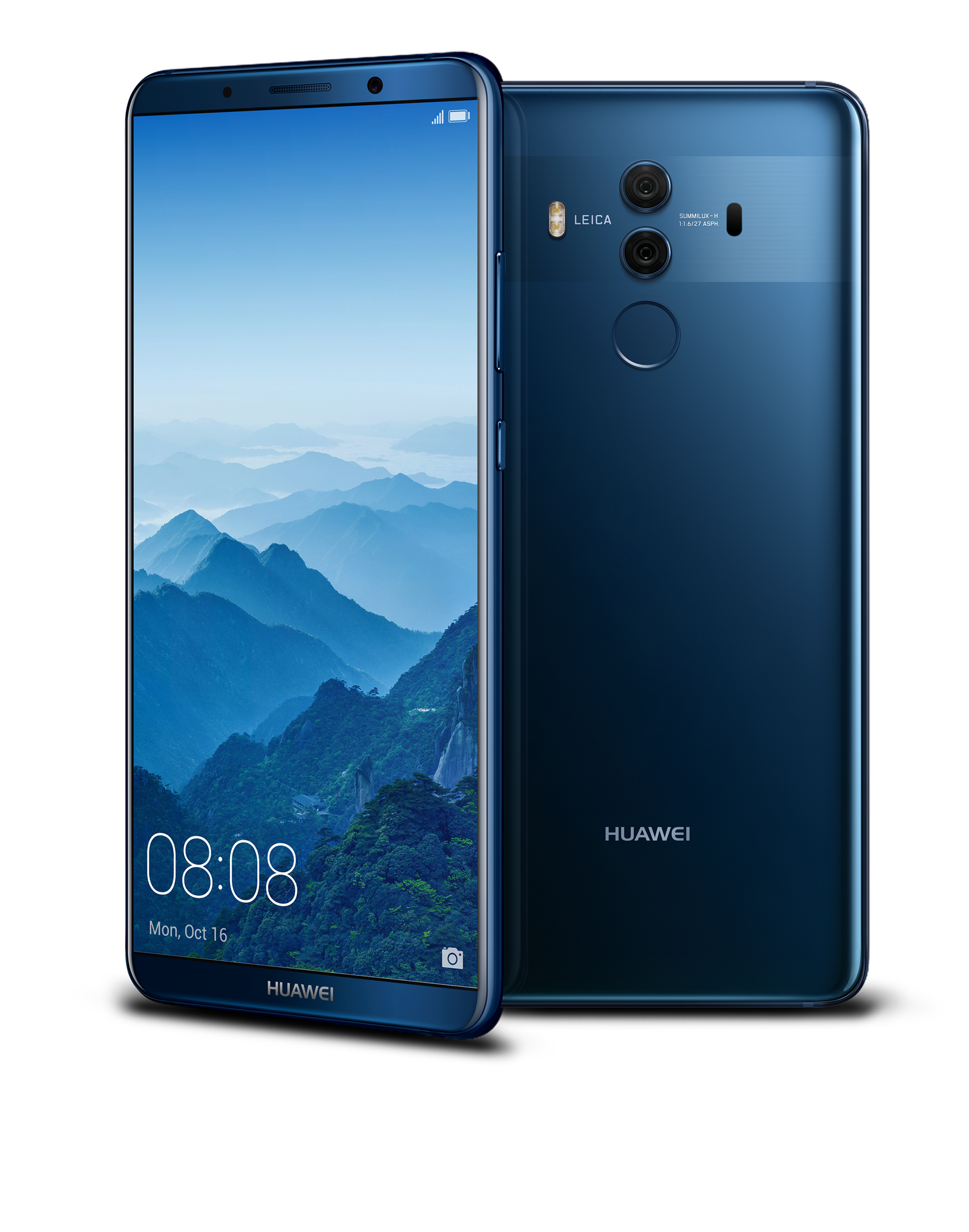 Huawei is currently the No. 3 smartphone maker globally (behind the more familiar names Apple and Samsung), but its longstanding inability to get carrier distribution means that even the greatest flagship will probably fail to make much of a dent in the U.S.

Yu mentioned the word “trust” repeatedly during today’s keynote when describing global reaction to the company’s hardware offerings — seemingly an unstated reference to some of the aforementioned security concerns in recent years. He then loudly exclaimed that the company offered the “highest standard in privacy and security” to a smattering of applause.

At least some of the company’s struggles here can seemingly be traced back to a 2012 House Intelligence Committee report that flagged the company as a potential security risk, along with fellow Chinese smartphone maker, ZTE.