Samsung’s big press conference is still a day away, but the company’s already pulled the curtain back on what looks to be two of its biggest CES announcements. Like last year, the company seems to be saving its big mobile and wearable news for the coming months, instead focusing on its PC offerings.

For the most part the Notebook 9 and Notebook 7 Spin fill similar needs. Both are convertible Windows 10 systems with option pen inputs. Samsung won’t talk pricing yet, but the 9 is definitely the more premium of the two systems, with a thinner and lighter build courtesy of a new magnesium aluminum alloy called “Metal12.” 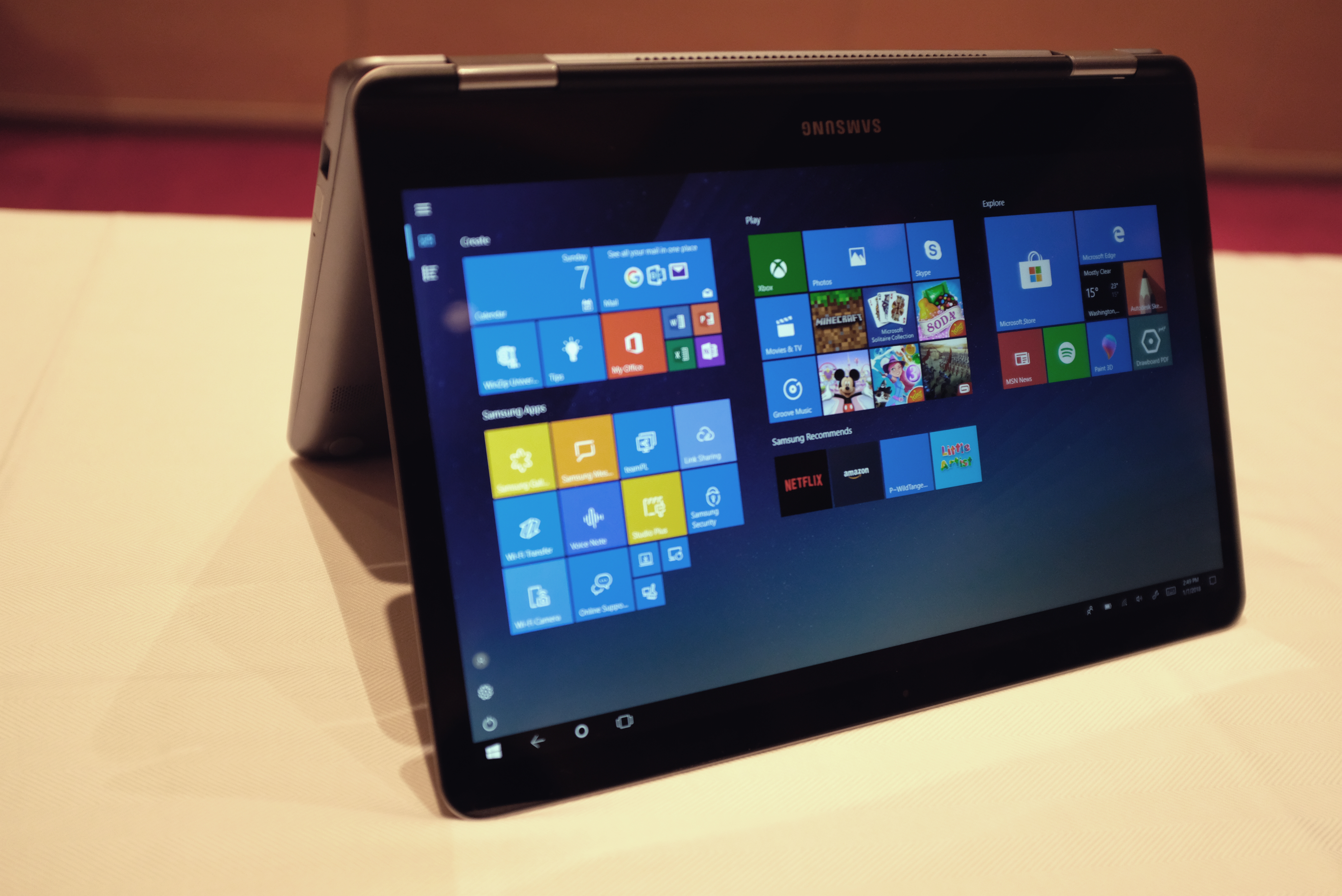 To be totally honest, the material still has a bit of a plasticky feel to it, which is part of the tradeoff with not going straight aluminum on the thing. But the convertibles do feel super lightweight — the Notebook 9 pen is the lightest 360 convertible Samsung has made up to this point, according to the company.

It’s also pretty thin. It’s easy to hold when the screen is swiveled all the way back. Of course, there’s the same issue you’ll get with all of these none detachable systems: the keyboard is still exposed on the other side, so you’re holding onto that bit when using it as a tablet.

The Notebook 9 Pen is the most interesting model of the bunch, with an S-Pen slot located in the front of the system. It’s the same S-Pen you’ll find in the Note line. In fact, you can actually use the same stylus on both devices. It’s an interesting choice from a  design perspective, given the fact that most of these PC come with larger pens for drawing and the like.

The functionality is also more or less the same as its mobile counterpart, featuring the same Air Commands. It’s also passive, meaning you don’t have to worry about charging the thing. The Notebook 7 Spin, on the other hand, doesn’t have its own a built-in pen option. It can, however, be used with the Active Pen, made by companies like Dell, HP and Microsoft itself for the Surface line. 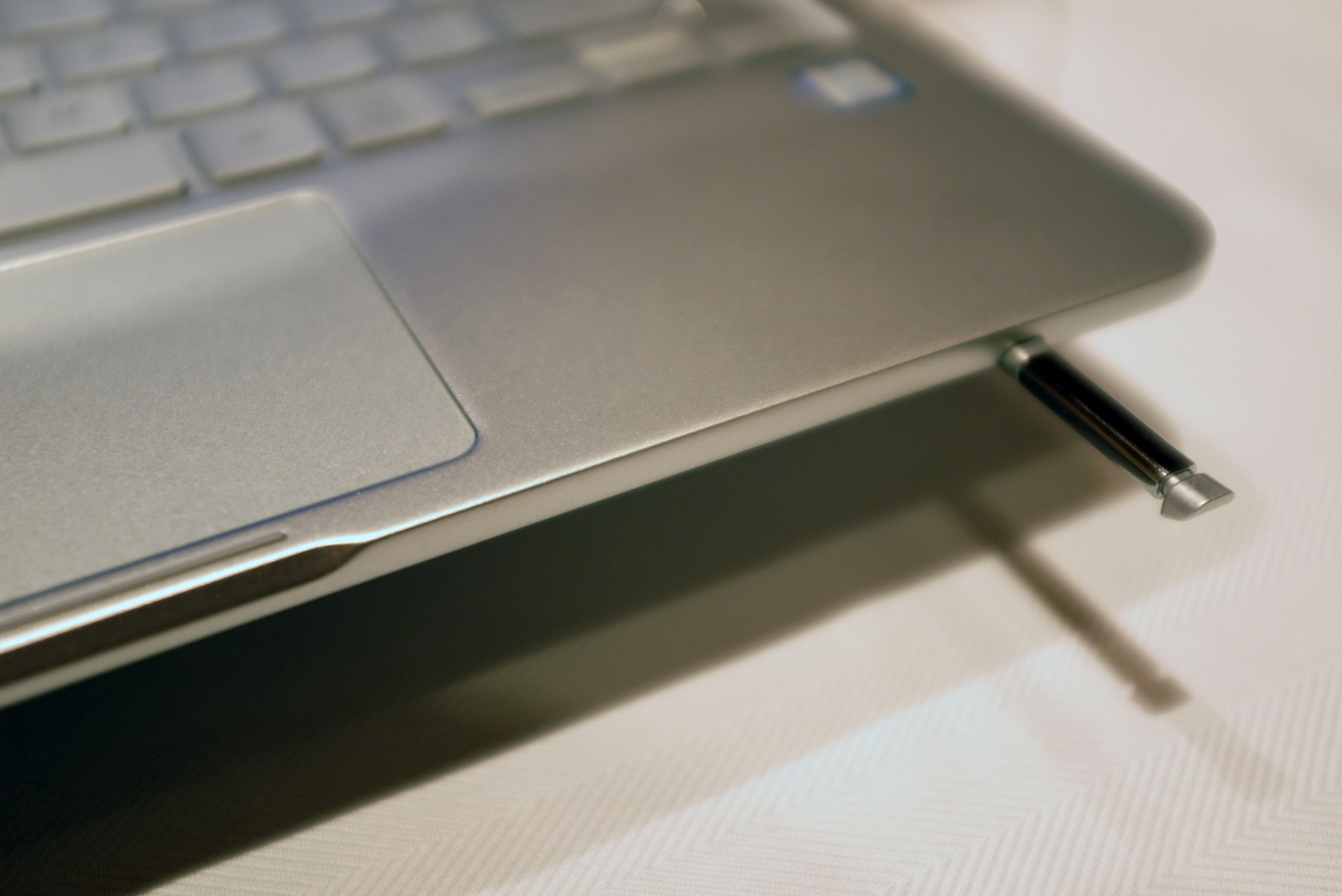 There are a couple of other distinguishing factors on the 9, including a fingerprint sensor located on the keyboard and face recognition log-in via Windows Hello. The 15-inch model can also be upgraded to sport  NVIDIA GeForce MX150 graphics. The Spin, on the other hand. only comes in the one configuration at the moment. It’s also noticeably thicker and heavier than the pricer model.

The new Notebook 9 is launching this month in the US — it already launched in Korea ahead of the holidays, which is why the company announced the thing so far ahead of CES. The 7 Spin arrives in the decidedly broader Q1 timeframe. Pricing is still TBA for both, but I’d expect them to be in line with the last generation, keeping the 7 Spin at under $1,000 and making them both pretty compelling models for students.