Prior to joining Pinterest’s board, Reynolds spent 15 years at CBS and its predecessor companies, Westinghouse Electric Corporation and Viacom, Inc. as Executive Vice President and Chief Financial Officer. He was also President at Viacom Television Stations Group, where he oversaw local television properties. 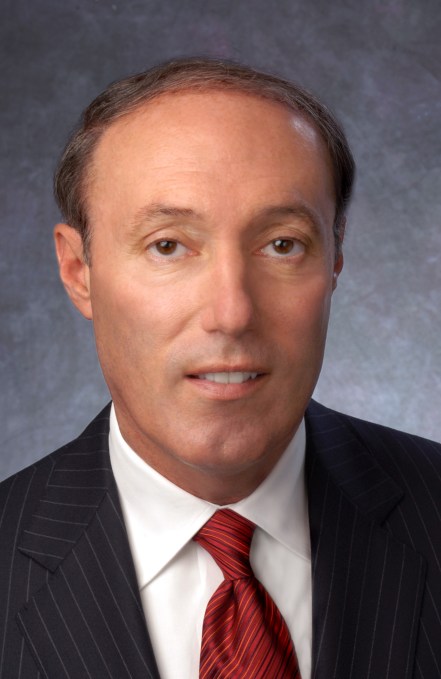 He announced retirement from CBS in 2009, where he received high praise from CBS Corp. President and CEO Leslie Moonves, who spoke about how Reynolds had helped guide CBS’ Finance division through major transformative events, including the acquisition by Westinghouse of CBS in 1995, its Infinity acquisition in 1996, the Viacom-CBS merger of 2000, and the launch of CBS Corporation as a standalone company in 2006. During his tenure at CBS, shareholders saw shares appreciate and a return on capital.

Before CBS, Reynolds spent 12 years at PepsiCo, where he held positions including EVP and CFO for PepsiCo Foods International and Frito-Lay, and CFO at other subsidiaries, such as Kentucky Fried Chicken, PepsiCo International, and Pizza Hut.

The addition is a signal that Pinterest, valued at $12.3 billion as of its $150 million funding round earlier this year, is looking for better financial guidance as its business grows. Prior to this raise, there had been some concerns about Pinterest missing its internal projections on user growth and revenue. However, its valuation wasn’t downgraded.

Reynolds would bring a sort of financial rigour to Pinterest’s corporate finances and financial reporting, thanks to his understanding of investor interests and his expertise in how large companies run and achieve profits. That could serve a business like Pinterest well, which, with its 200 million active monthly users, remains a sizable and growing network if not a profitable one. However, the network may not ever be the next breakout social hit, as once hoped, given that it continues to be smaller than Twitter (330 million monthly actives).

Getting Pinterest’s finances in order could also be seen as the next step towards an IPO. There’s been some talk of a 2018 IPO in Pinterest’s future, but CEO Ben Silbermann has downplayed those plans, saying instead the company is focused on user growth and advertising for now and that there’s no immediate plan or timeline for an IPO.

Snapchat, which has 178 million daily users, may have braved the IPO market ahead of Pinterest, but it also made it more difficult for Pinterest and others to follow with its earnings misses and falling share price. Pinterest, if it were to IPO, would want to have its finances in strict order to help investors see that it runs its business differently than Snap (and more like Facebook, which has done well post-IPO).

The board appointment also comes at a time when Pinterest’s business has been shifting. It’s now placing a heavier focus on its visual search technology which is used to identify products through the smartphone camera, and for advertising purposes.

It’s possible that, one day, Pinterest may want to spin off this technology into its own, separate business that’s not tied exclusively tied to Pinterest’s social bookmarking site. There’s definitely demand for just the core tech, after all – the company this fall partnered with Target to add visual search to the retailer’s apps and website. (Target wants to point customers to its products by way of camera-initiated searches; Pinterest’s social network isn’t a big factor in the deal.)

Pinterest, however, says the visual search tech is remaining in house, but Reynolds will be an “incredible asset” in forming further strategic partnerships, like the one with Target. The company is also working with other  brands and influencer networks, including Nordstrom (Pincodes by Nordstrom), Kraft Heinz, Home Depot, and ShopStyle.

Reynolds’ background in helping businesses through transformative times could aid in any endeavour related to the creation of a visual search business, if such a thing came to pass.