It doesn’t look like Lamborghini will be joining the race for e-performance vehicles anytime soon.

Even as the Italian company announced plans to work with MIT in a collaboration to create “electric super sports cars of the future” with the unveiling of its Terzo Millennio concept car, without an exact EV Lambo production date, it’s unclear when the iconic brand will leave its gas-powered days in the dust.

A company spokesperson couldn’t confirm when a fully electric Terzo Millennio — or Third Millennium — vehicle would be for sale. “ Lamborghini’s Chief Technical Officer Maurizio Reggiani characterized the production outlook for the MIT initiative as “not something for tomorrow” but “really far away,” he told TechCrunch. 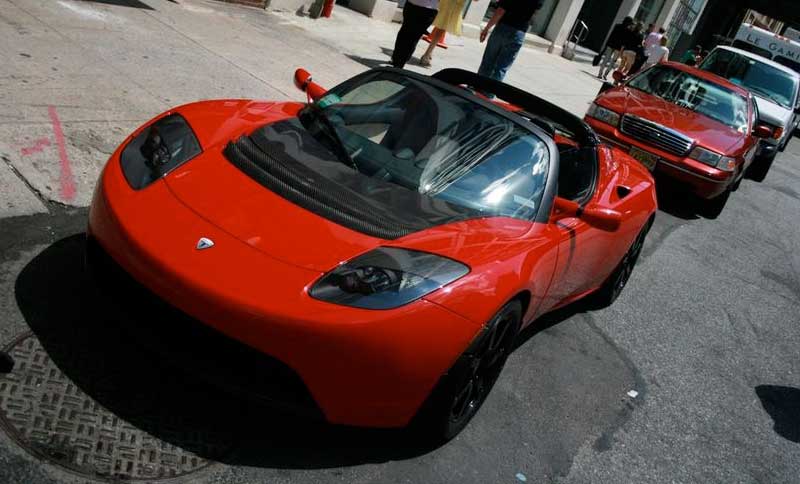 Ultimately, the ability of Lamborghini’s new EV initiative to keep up with competitors depends largely on the company’s ability to meet shifting consumer and regulatory demands, according to IHS Markit senior auto analyst Stephanie Brinley.

“Regulation, and making sure you understand the tech and are ready to adapt as necessary, is a really big part of this EV drive ― even for a supercar maker,” she told TechCrunch.

And for luxury performance makers, such as Ferrari and Lamborghini, “it’s also about having  a sense of what their buyers will accept, and won’t accept,” said Brinley of the jump to all electric.

In today’s transitional auto market, gauging consumer preferences is a tougher proposition: even for luxury brands who get to know their elite clientele (who can drop $200,000 on a car) pretty well.

“It really is about reading where supercar consumers will want to be and…preparing as much as possible to follow the market wherever it goes,” said Brinley of Lambo’s MIT EV initiative.

Lamborghini gave a sop to that market with the unveiling of its extremely hypothetical Terzo Millennio concept car. Despite the fanfare (and shocked headlines), there’s very little of the car that’s functional (or even actual).

The idea was to let a forward-looking development team run with the notion, giving chase to the MIT team. “Here we are showing a design and now I am asking the engineers and the students [at MIT] to develop the technology,” Terzo Millennio concept car designer Mitja Borkert told TechCrunch.

According to Lamborghini CTO Maurizio Reggiani, Lambo’s Third Millennium vehicle (for which, again, there are no immediate plans) will be all electric, have a body that doubles as a battery, and meet Lamborghini’s design and performance criteria.

A core part of the tech is the car’s conceptual power setup ― four electric motors, built into the wheels, doubling as brakes, and fueled by supercapacitors and energy storage devices built into the body.

Integrating supercapacitors into the shell would solve the weight, weight distribution and driving duration challenges that have hindered performance electric cars, Reggiani explained at an MIT media roundtable, earlier this year.

Another Third Millennium concept is development of a self-healing carbon-fiber body, to repair nicks and dents to the shell.

And finally, Lamborghini’s future supercars will incorporate AI technology, but won’t be self-driving. Models may include a “virtual cockpit” to allow drivers to simulate road and track conditions, but Lamborghini execs ruled out autonomous cars as a goal of the Terzo Millennio project.

“People don’t normally buy a sports cars to have it driven by a computer,” said Riccardo Parenti, the company’s head of Concept Development.

Still, Lamborghini was unable to clarify when this Terzo Millennio tech will materialize into an actual production car.

In the meantime, the company’s hybrid efforts could create a bridge to a full EV future. Lamborghini did confirm that a plug-in hybrid version of its new Urus SUV “is coming soon.” Lambo competitor Ferrari released its LaFerrari hybrid in 2016. Bugatti is also working on its first gas/electric car.

What could hasten Lamborghini’s move to full electric ― and perhaps leave Lambo disrupted as a preeminent supercar maker ― is competitors selling EVs with superior tech features and speed stats before them.

With 70 mph speed limits, for most buyers supercars are as much about capturing imaginations and performance bragging rights than actually hitting 200 mph on I-95.

The reported stats for Lamborghini’s current top performing Huracán Performante are 0-60 in 2.4 seconds, with a top speed of 201 mph.

Lamborghini may need to bring its Terzo Millennio EV technology to market sooner than expected.