Less than a year after joining Snapchat, social media nostalgia app Timehop’s founder Jonathan Wegener is departing the company. He tells TechCrunch he wants to build his own thing again, but the fact that the No. 1 teen social network isn’t exciting enough to stay at is telling.

Share prices are down, user growth has slowed to a crawl in the face of Instagram’s competition and it’s missing revenue targets. Reports increasingly indicate Snap is a tough place to work, ruled by CEO Evan Spiegel with an iron fist, and run by his inner circle even when they lack experience. SVP of Engineering Tim Sehn, early employee Chloe Drimal, VP of HR and Legal Robyn Thomas and VP of Securities and Facilities Martin Lev have all parted ways with Snap since July. 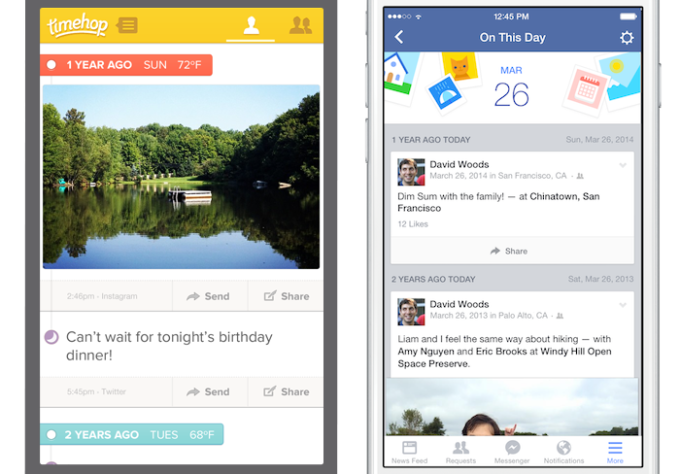 Timehop (left) versus Facebook’s clone On This Day (right) 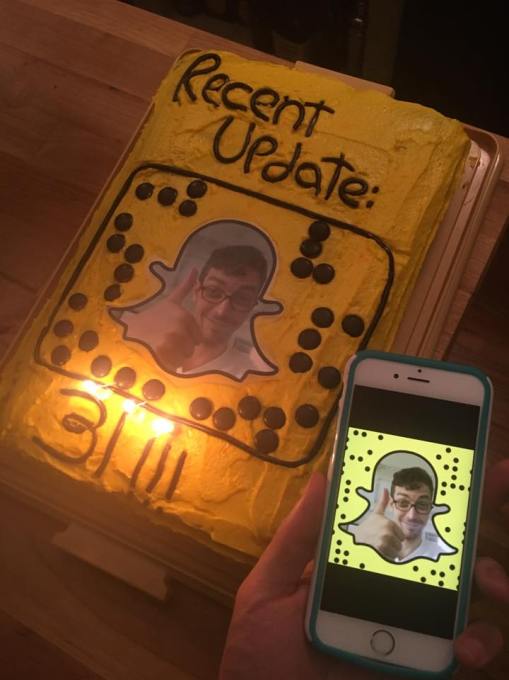 Wegener’s Mom made him a Snapchat cake in 2016, foreshadowing his role there

A tipster pointed to Wegener’s Twitter bio noting he’d left Snapchat. We asked Wegener why he’s leaving and he told TechCrunch “I had a great year at Snap — love the product, team, and learned a ton. But ultimately I’m most passionate about building companies and products from scratch, and I decided to take some time off to travel and be inspired before I get back into the swing of things in 2018. Keep an eye out next year.”

Timehop had raised $14 million from investors for its app that showed your social media posts from that day in years past. It had 6 million daily users by 2014. But Facebook cloned it with its “On This Day” feature in 2015, which had grown to 60 million daily visitors by 2016. A Timehop redesign bombed and Wegener left in January 2017 to go to Snapchat.

There he must have found a similarly grim situation. Also cloned by Facebook and its subsidiary Instagram, Snapchat had lost momentum. The Snapchat Memories feature most similar to Timehop saw little evolution this year. Stock he was promised surely has a much lower value now than Wegener might have suspected before the hyped March IPO. And fighting a colossus in a crowded space sounds a lot less fun than starting something fresh.