In November, the popular lip-syncing app Musical.ly announced its acquisition by Chinese social media giant Toutiao, owned by Bytedance, in a deal sources said was valued at $800 million to $1 billion. Today, the acquisition has completed, with Musical.ly officially joining Bytedance, the companies said. In addition, Musical.ly announced the launch of a $50 million “Creator Fund” that will be used to invest in education, training and community enrichment on the Musical.ly platform, as well as to aid in the discovery and development of new talent.

Musical.ly says it plans to invest via this new fund over the next two years, and gave some examples of the programs it aims to support.

This includes a college scholarship fund that will dole out money to be put towards relevant university programs, like those focused on video storytelling and digital media. These scholarships and grants may include some requirements beyond being the “best” talent on Musical.ly – like academic performance and attendance records, for example.

Another program involves the launch of a marketplace where creators will be able to exchange and sell assets like AR objects or original music to others, plus participate in online workshops and collaborate with brands.

Shifting the development of AR objects to the wider community is something Snapchat did this month as well, when it launched its AR developer platform, Lens Studio. The advantage in opening up to outside developers is that the social app can more quickly roll out new AR experiences to its wider user base. Musical.ly is now going this same route, it seems.

In Musical.ly’s marketplace, the plan is to offer a centralized resource where any goods – whether physical, virtual, or knowledge-based – can be sold.

Another of the fund’s efforts is the Co-innovation Partner Program, which will involve collaboration with select media and content partners to develop new formats and technologies for mobile video storytelling. 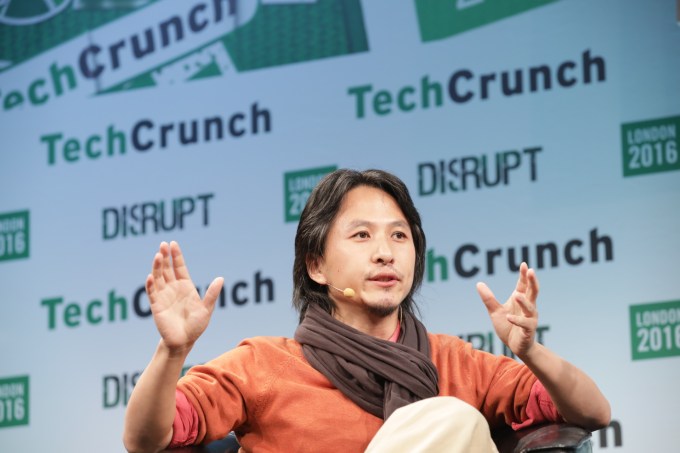 Other programs will be focused on finding Musical.ly’s next big stars and further their growth.

The company has had some successes so far – it mentions 19-year old dancer and singer Lucki Starr as one example, and 25-year old comedian Wesley Russell as another. However, a large part of its user base remains the very young – kids and teens – something that has been problematic for it in the past, due to the under-13 nature of many of its users.

The company clarifies in its announcement today that it will seek out creators who are “largely college-aged” and older for these initiatives.

“Our vision is to inspire the world to create, and we’re excited to offer our users the ability to express their creativity, advance their talents, and even make a living on musical.ly,” said Alex Zhu, co-founder of Musical.ly, in a statement.

“From everyday creators to established influencers, our users make musical.ly a dynamic and entertaining video community for millions of people around the world. The musical.ly Creator Fund illustrates our commitment to supporting the growth and development of our creators and expanding the opportunities available to the creator community, both inside and beyond the app,” he added.

Zhu, along with co-founder Louis Yang, will continue to run Musical.ly following the close of the deal, which is also now bringing the app to a significantly wider potential audience.

At the time of the acquisition, Musical.ly had some 60 million users, most of whom were based in the U.S. By joining Bytedance, the app will become available to that company’s user base in China, Japan, Korea, and elsewhere in Asia.

Bytedance’s Toutiao claims 120 million daily active users, to give you an idea of scale.

The ability to reach these sizable markets was one of the key factors driving the acquisition. Even though Musical.ly had headquarters in Shanghai, it hadn’t yet been able to grow in that region. Musical.ly will also take advantage of Bytedance’s artificial intelligence technology, which was used to build Toutiao’s News Feed, the companies had also said.