Reddit today is giving its mobile apps a major upgrade – the first since their launch last year, when the company decided to take back control over the official Reddit experience on mobile – an experience that had long been available mainly through third-party clients. Today’s updated apps introduce a number of new features focused on media consumption – including how it handles photos, videos and GIFs – plus the addition of things like live comment feeds, in-app chat, tools for moderators and more.

Some of the features seem inspired by work from other third-party clients.

For example, the new Theater Mode option on iOS lets users browse media in what Reddit calls a “video-first” format. This allows users to open media, like original video, in a full-screen experience. They can also choose to view the content in landscape mode and swipe back and forth between media.

While this is an obvious next step for Reddit on mobile, it’s worth noting that a full-screen media mode is one of the features that made the new third-party Reddit app, Apollo, so well-received earlier this year. (Apollo’s media mode doesn’t let you scroll to the next image, however.) 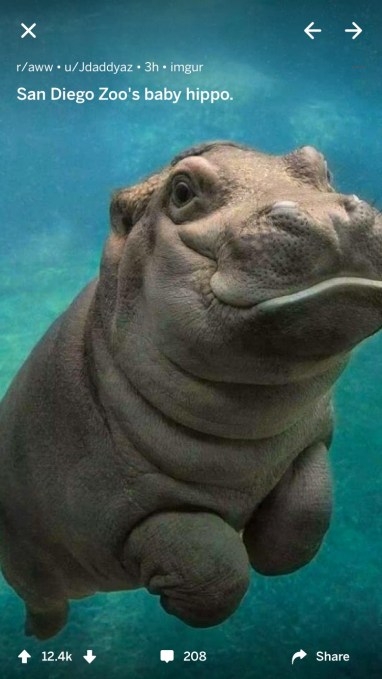 Similarly, the ability to open links in Safari (via Safari View Controller) on iOS instead of using Reddit’s native in-app browser is another feature you can find in Apollo. This has also been among one of users’ top requests, Reddit says.

Other features, however, push the Reddit clients into new territory while leveraging their position as the official mobile apps.

Employees have tested this feature for some time ahead of today’s arrival, but now it’s becoming publicly available. The feature makes sense for a variety of posts, whether that’s real-time comment threads on NFL gameday posts, or updates about natural disasters and aid as on the Hurricane Harvey megathread. 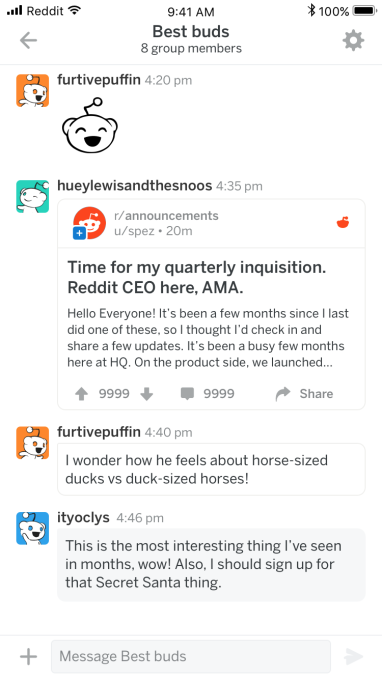 iOS is also the first official Reddit app to get chat.

This feature has also been in beta testing ahead of today with thousands of Reddit users across the site. Now, as chat becomes available on mobile, users can choose to opt in the beta (but only for 1 to 1 chats for the time being.)

Several other new features are designed to make Reddit’s apps more functional, while others are about building community. 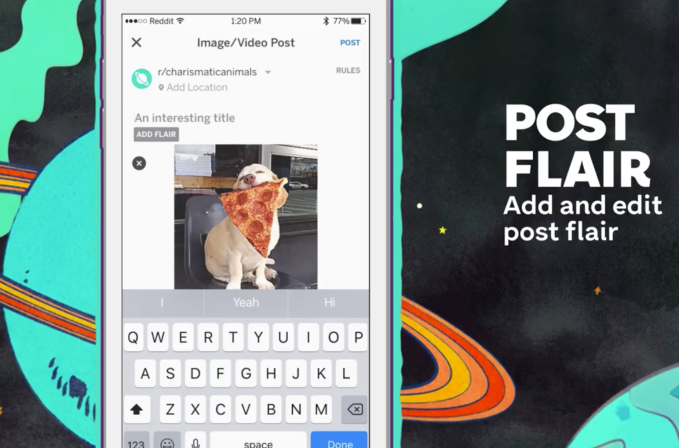 Users and moderators can now add “post flair” on both iOS and Android – a tool to distinguish different types of content. A new comment speed read button on Android lets users jump between the top-level comments in a discussion. Another change ensures that the original poster (OP)’s username is always visible, even from the Home feed.

Meanwhile, both iOS and Android users will enjoy a cake icon by their name on their “Cake Day” – a Reddit tradition that celebrates a user’s anniversary of when they first joined the site. Users’ trophy case – which displays accomplishments like best comment, beta test participation, length of time on Reddit and more – will also now be displayed on mobile. 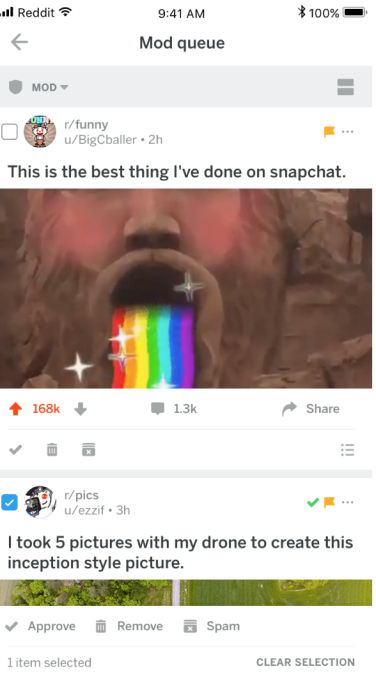 Another group of features launching today are designed for Reddit’s moderators.

This includes the ability to switch on “Mod mode” to approve, remove, and flag content from iOS and Android – or even bulk approve, remove, or flag items, for those in charge of larger communities. Moderators can also access the beta and existing Modmail experiences, and can update the list of moderators and approved submitters from their phone, across both iOS and Android.

The company’s decision to focus more heavily on mobile with the launch of its own native apps -which also replace the app it acquired, Alien Blue – came about because of the increasing influx of mobile users and mobile-first users.

At the time of the launch, Reddit said that half its user base browsed the site on mobile, including both via mobile web and third-party applications. It knew that it needed to better serve those users by staking its own claim on mobile where it could more carefully craft the user experience it wanted to deliver. 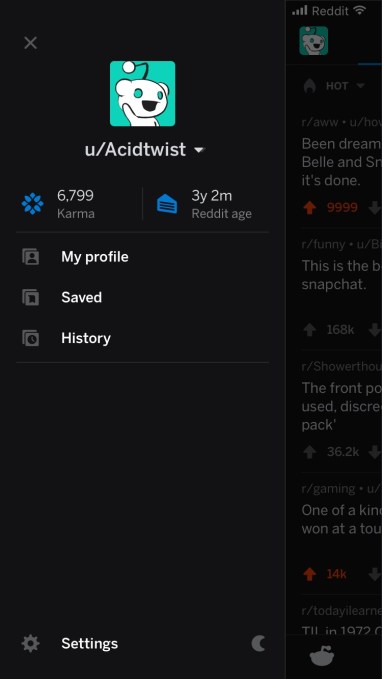 Today, Reddit says it has over 330 million monthly active users, who post more than 9 million times per month, and ~370,000 times per day. It also notes that younger users prefer mobile, with 58 percent of those 18 through 34 preferring mobile web and mobile apps only. Pageview growth across Reddit has doubled since early 2016, and mobile engagement is higher than on desktop, the company also notes.

In addition, Reddit generates revenue through advertising, including on mobile. To do so effectively, it needs to have more control over the native app experience in order to offer features for advertisers such as the recently introduced support for mobile app attribution through integrations with partners like Tune, Adjust and Kochava for app install ads, or just to simply better cater to advertisers who want to target mobile in particular.

The new Reddit apps are going live today on the iOS App Store and Google Play.