Amazon’s Echo lineup got a refresh earlier this year that included a brand new version of its basic Echo, well as an Echo Plus with integrated smart home hub, and the stalwart Echo Dot – unchanged, but still a compelling device at its price point.

The new lineup of devices also made its way to more markets this year, including an expansion to Canada just this month, which is why I now have a host of Echo hardware kitting out my apartment. The major accomplishment of this refresh, I think, is that it feels less like a new generation of gadget, and more like a coming of age for a modern-day appliance – a whole new category of must-have home furnishings.

Amazon clearly wants to encourage this impression – the new Amazon Echo comes in a host of fabric-covered finishes, and it’s hard to imagine the upholstery look’s connection to furnishings is unintentional. Part of it is about fitting into the decor so that these smart speakers can stand free and clear and unhidden on shelves, tables and surfaces without offending any sensibilities. But it’s also about turning a gadget into something far more approachable, and far more mainstream.

As far as I’m concerned, Amazon has accomplished its task. The Echo (and Echo Plus, and Echo Dot), have all become as key a home device as a light switch, or a couch, or a microwave. The latest generation just firms up that presence with needed improvements in key areas, including in sound reproduction (the new Echo is better than its predecessor, for sure, and the Echo Plus seems to sound a bit better as well despite having apparently similar hardware). 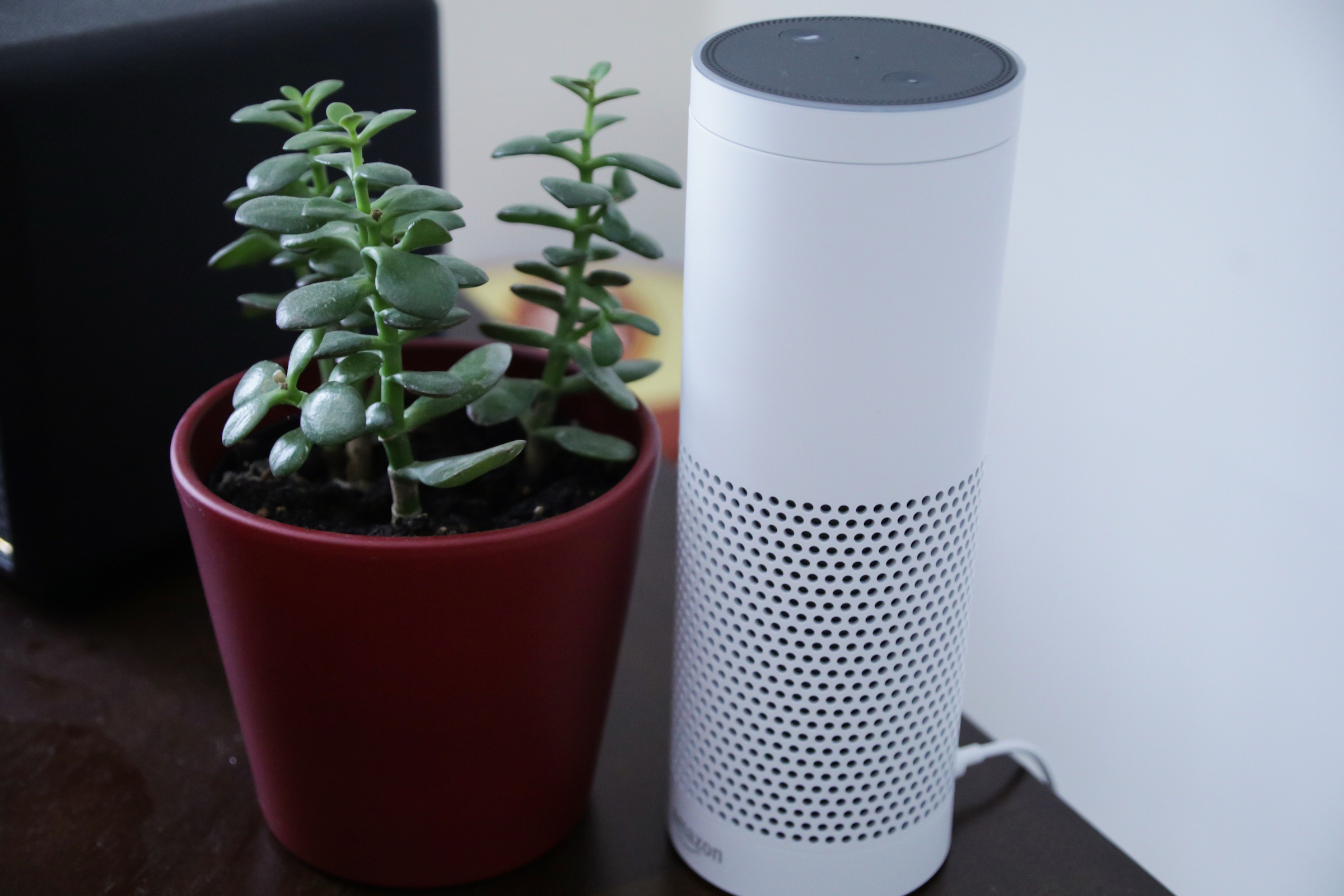 I now use the Echos around the house to control my Hue lights (I don’t remember the last time I flicked a switch), turn on and control the home theater system, check and change the temperature using my Nest thermostat, check news and weather and set kitchen timers. It’s second-nature at this point, and doing the same things, the old, manual way feels hopelessly backwards – even if the actual convenience difference is arguably trivial.

Aspects of the new Echo lineup are questionable, like the integrated smart home hub in the Echo Plus which only supports one of the two major standards for wireless connected home devices. But they don’t detract from the experience – and the ultimate impression that Echo is a home companion that’s destined to become more and more a default option that people live with as reliably as they do their coffee table, or at least their dishwasher.