Its shape, about 800 meters long and only 80 wide, is another head-scratcher for astronomers, who are perplexed by the fact that it has no comet-like tail of melting ice. This suggests it may be composed of other material, perhaps solid rock or even metal. Oh, and it’s spinning about three times each earth day, leading scientists to believe that it’s not some gravitationally bound pack of rocks but a solid object.

Long story short, this thing is bizarre enough to warrant some further exploration.

If you follow space news, you’ve surely already heard about ‘Oumuamua, which was discovered in October as it passed by Earth. But today, Breakthrough Listen confirmed that it will spend 10 hours listening to ‘Oumuamua across four radio bands, from 1GHz to 12GHz, using the Robert C. Byrd Green Bank Telescope in West Virginia. Observation will begin on Wednesday, December 13 at 3pm ET. 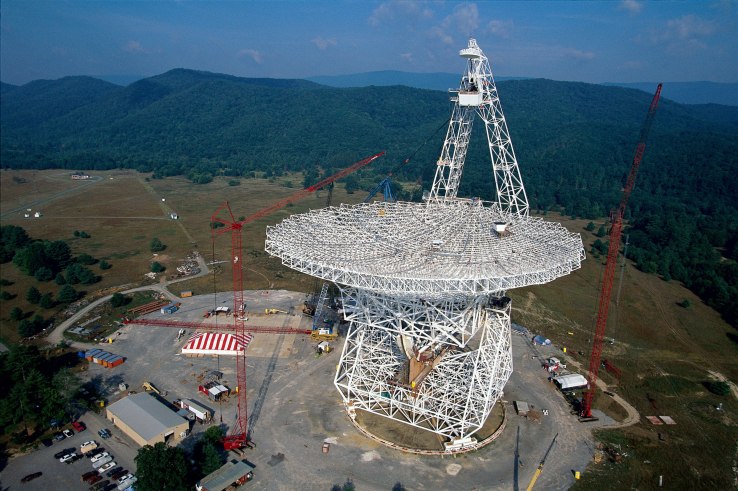 Here’s what the press release had to say:

Researchers working on long-distance space transportation have previously suggested that a cigar or needle shape is the most likely architecture for an interstellar spacecraft, since this would minimize friction and damage from interstellar gas and dust. While a natural origin is more likely, there is currently no consensus on what that origin might have been, and Breakthrough Listen is well positioned to explore the possibility that ‘Oumuamua could be an artifact.

“With our equipment at Green Bank, we can detect a signal the strength of a mobile phone coming out of this object,” Milner told Scientific American. “We don’t want to be sensational in any way, and we are very realistic about the chances this is artificial, but because this is a unique situation we think mankind can afford 10 hours of observing time using the best equipment on the planet to check a low-probability hypothesis.”

Alongside Breakthrough Listen, which uses two of the world’s most powerful telescopes to listen to the universe, Breakthrough Initiatives is also working on a more proactive method of finding extraterristrial intelligent life. Breakthrough Starshot includes a collection of gram-scale nanocraft space ships, equipped with sensors, a laser to transmit information back to Earth, robotics to steer, and a camera. These space ships won’t be propelled by a rocket, but by an ultra-powerful laser and light sails.

In July, the earliest prototypes for Starshot, called Sprites, were sent into low-earth orbit after hitching a ride aboard the Max Valier and Venta satellites.

Unfortunately, that project won’t be ready in time to chase ‘Oumuamua.