A proposed tax that charges people as their startup equity vests instead of when they cash it out and actually have money to pay the taxes could wreck how tech companies recruit talent. And the industry doesn’t have much time to mobilize to get this tax changed.

The U.S. Senate released its proposed tax reform bill late last week under the aggrandized “Tax Cuts and Jobs Act.” It includes a tax on stock options and Restricted Stock Units (RSUs) that applies as they vest, rather than using the existing scheme that taxes stock options when they’re exercised or when the underlying shares are released for RSUs.

That’s a huge problem. Because if you’re not already quite wealthy, you might not be able to afford to pay those taxes until you actually liquidate your equity for cash. The proposed tax could prevent wide swaths of tech employees from accepting stock options and RSUs. This breaks the whole incentive structure for top talent to take intense jobs at companies with a risk for failure because there’d no longer be the potential for massive upside.

If there’s no shot at getting rich for grinding it out as an early employee at a startup, top talent won’t take those jobs. 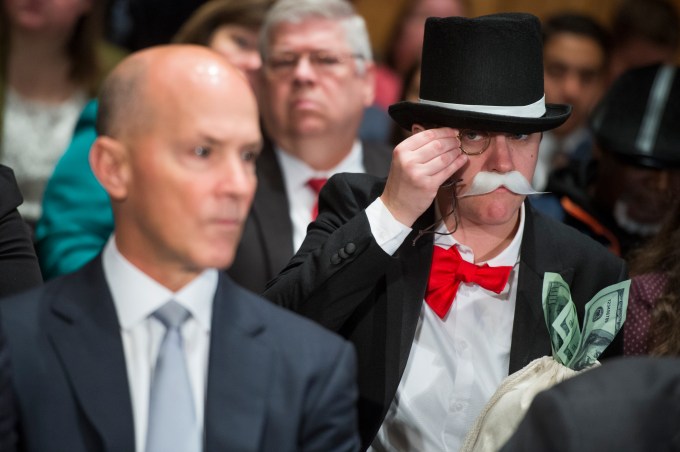 Companies would have to shift to higher salaries and big bonuses to attract the best employees. But startups often don’t have the cash to do that. In order to attract talent they rely on equity that’s free to dole out at the time and only worth a lot if the company succeeds. This could push top product, design, engineering and sales people to work at bigger, established companies that can afford juicy salaries and bonuses. And with fewer equity-made millionaires and billionaires, there will be fewer people investing in the next generation of startups.

This in turn could reduce innovation, prevent the disruption of aging giants and lower the U.S. tech sector’s competitiveness with the world.

There’s no doubt that the tech industry is frothy, tons of people are accumulating huge wealth via equity and they could probably afford to pay higher taxes. But that’s only after they’ve earned their fortune by liquidating equity. A tax on vesting dissuades people from ever taking a swing for the fences.

[Update: One policy option would be to follow Canada’s lead, where vesting is taxed but smaller private corporations like startups get an exemption. Otherwise, if the law goes into place, startups might have to adopt profit sharing models to attract talent. But that would only help certain fast-to-profit startups, not the build/grow now and monetize later startups that often become the biggest.]

Wilson recommends that people who want to fight this should call their senator, speak with the aide covering tax reform and ask for this tax on vesting to be changed or removed from the Tax Cuts And Jobs Act. The Senate could potentially try to push the Act through before year’s end. And if the vesting tax becomes law, it could wreak havoc on the startup world.