In September, Google launched the beta of its dedicated interconnects for Google Cloud enterprise users. These direct connections to the Google Cloud Platform essentially give enterprises a private on-ramp to the Google Cloud, which is especially important if they want to mix and match their own data centers with applications that run in Google’s data centers. Today, the dedicated interconnects are coming out of beta and are getting a few new features.

To connect to Google’s cloud, enterprises need to meet Google’s network in a supported co-location facility. When Google announced the beta last month, it offered 35 of these locations. Today’s update adds four more in and Atlanta, Mumbai, Munich and Montreal.

What’s maybe just as important is that Google also announced a partnership with global data center provider Equinix, “to offer Dedicated Interconnect access in multiple markets across the globe.” While the details here are sparse, this will likely extend the reach of Google’s interconnects far beyond the current set of locations, though it’s worth noting that quite a few of the data centers the service currently supports are owned by Equinix already. 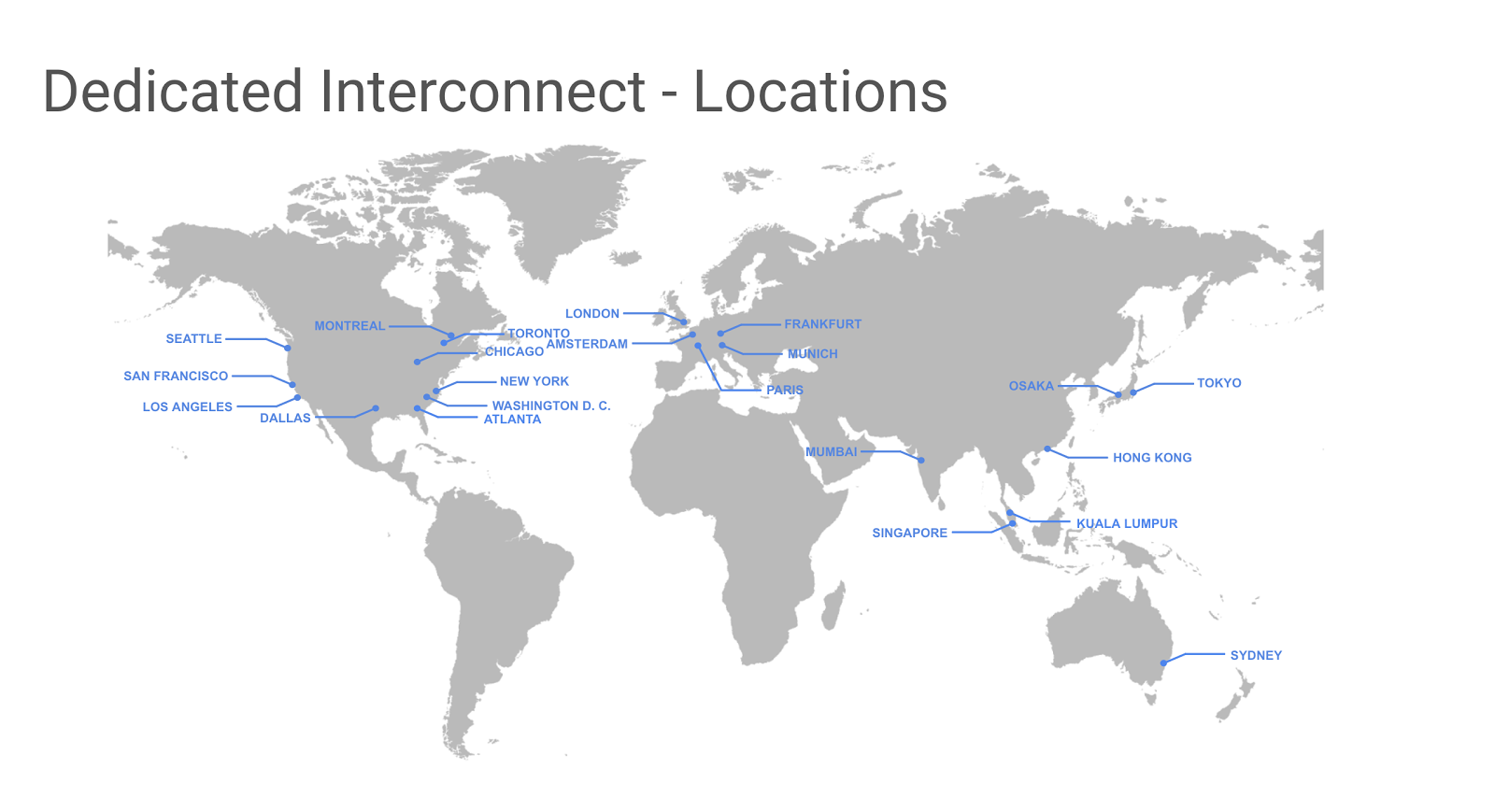 In addition to these new location, Google is also adding support for Cloud Router Global Routing to the Dedicated Interconnect service. This gives enterprises the ability to connect their own data center to the Google Cloud Platform and easily access the rest of their subnets on all other Google Cloud Platform regions around the globe from there.