There’s a corkboard in the kitchen at the office of The Mighty, the social network for people with chronic illnesses, mental health disorders and disabilities, which has pictures and letters from many of the site’s thousands of contributors and readers who have benefited from the stories the site shares.

It’s there to remind the company’s staffers of the faces behind the work they do and the impact that the site has on its legion of readers and writers.

For The Mighty founder, Mike Porath, the site’s mission is as much a personal story as it is a professional one. In a piece announcing the company’s launch in 2014, Porath wrote about his family’s own struggles.

Porath’s two-year-old daughter has a rare genetic disorder, diagnosed the same day that his pregnant wife, Sarah, received news that the baby she was carrying would likely be born without at least one organ.

Lying in bed that night we were shaken and lost. This was not the life or family we had planned. I remember feeling small and hollow, a powerless husband and father. Whether it was a futile attempt to comfort my wife or a way for me to make sense of it all, I told her that we were going to do something good with this. How, she asked. I had no idea. We were in tears.

The Porath’s struggled through the adversity, in part through the help of a community of supporters, and from that experience The Mighty was born.

The founders (Porath’s wife is in charge of human resources) have gone from that post three years ago to create a community that now numbers more than 1 million members and has raised $8.2 million in new financing.

Initially, the Porath’s bootstrapped the business and within a few months had gotten the website up and hired Meg Griffo, a Huffington Post writer, as their editor. Within a year the company grew from 2,000 to 20,000 visits per day, which was when Joanne Wilson came on as a seed investor.

The corkboard in the offices of The Mighty

At first, the site was more of a Huffington Post-style platform for authors to share their experiences, but as it has evolved, it has created a hub-and-spoke approach, with community members able to take on more autonomy and create topics and post content on their own.

To give a sense of the company’s scale, there are 15 editors and writers on staff, helping out a population of more than 10,000 unpaid contributors.

Now the company has partnered with the advertising giant WPP, which started a new health and wellness vertical earlier this year. The partnership with WPP will allow The Mighty’s contributing storytellers to reach a new audience — the doctors that treat them or care for their family members, loved ones and friends.

“Through their clients in healthcare, they saw the rise in patient-centered approaches and a shift toward more content marketing,” Porath said of the deal with WPP. “We fit both of these trends, as we have authentic stories coming from personal perspectives. We’ve opted to run sponsored posts rather than the kind of branded drug ads that you’ll find on WebMD and similar publishers.”

These revenue-generating opportunities will open up the prospect of payment for The Mighty’s contributors (one could almost view them as micro-influencers) as more sponsored content begins to appear on The Mighty’s pages. While contributors share their personal stories, they do not recommend any treatments or pitch any products, according to Porath.

So the company avoids any potential liabilities that would potentially arise from an influx of snake-oil salesmen. There’s nothing to sell. 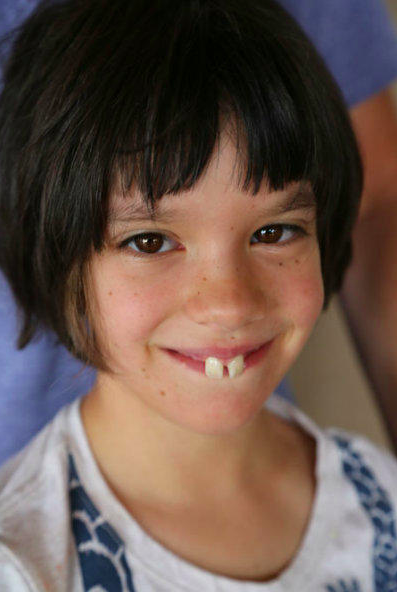 It’s been a long road for the Los Angeles-based company, and one that seed investors like Joanne Wilson, Brad Feld (through the FG Angel syndicate) and Upfront Ventures have been happy to traverse.

New lead investor GGV Capital and WPP, which participated in the financing, were intrigued by the company’s 1 million community members, 10 million-strong newsletter subscriber base and the addition of 150,000 new signups for the newsletter every month.

The incipient revenue that the company is generating from sponsored posts, videos and surveys likely also helped buoy investor confidence in the burgeoning media site.

Porath says the company’s mission is to “empower and connect people facing health conditions and disabilities,” and the company has been staffing to ensure that it can successfully achieve that goal.

Peter Wang has joined the company as its new chief technology officer, coming from similar roles at Refinery 29 and Buddy Media — both successful media properties.

Now, with the additional staff, The Mighty will be building out new features like a Quora-style question and answer service and one-to-one messaging.

“The day someone gets a diagnosis, The Mighty will be the place to go to find support and guidance for whatever journey someone is on,” Porath wrote to me in an email.

It’s all part of what Porath sees as a bigger challenge for the business — to create a social network designed to appeal to hundreds of millions of users worldwide.

About 10 percent of the company’s visitors already come from countries outside of the U.S., Canada and the U.K., where English isn’t the native language, according to Porath. And one of the reasons why the company turned to GGVC as a new lead investor, and Hans Tung as the company’s latest board member, is so they can tap the firm’s experience growing internationally.

China, for instance, which is a huge focus for GGVC, has an incredible need for new healthcare services.

“We share our happiest moments on networks like Facebook and Instagram, but they are not the place most people want to share their vulnerable moments,” Porath writes. “We’ve built a brand and safe space that more than a million people have joined, but reaching global scale requires that we deliver so much more value to our members.”