It’s not possible in the modern world to avoid the mobile platform. For many years Instagram, for instanve, didn’t even have a website. It’s highly appropriate, therefore, that we cover what it’s like to launch and scale mobile products at TechCrunch’s Startup Battlefield Australia (November 16 in Sydney). To join live, get your ticket here.

Specifically, we’ll have two entrepreneurs onstage who’ve both been in the belly of the Facebook beast. They should have lots to talk about. 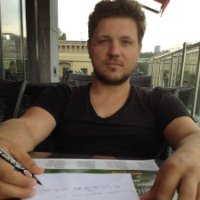 WhatsApp’s Anton Borzov is a product designer at the mobile leviathan, which was acquired by Facebook a couple of years ago.

Borzov is well-known for his sterling product design work on the WhatsApp platform, which was founded in 2009. Previously he led Tokyo.in.ua, a digital communication agency in Ukraine. Anton grew up in Ukraine before moving to London and then California to work at WhatsApp. 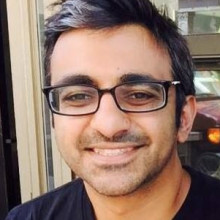 Like Borzov, Garg was also a product director, in this case, Director of Product Management at Facebook for Local, which includes products such as Location Infra, Entities, Events, Local Search, and Pages (business identity). He was also previously a product manager in Search Quality and Ads Quality at Google.

He also has a number of successful exits. He was the CEO and co-founder of Spool, a mobile caching service, acquired by Facebook in 2012. In 2011, the Daily Mail Group acquired PrepMe, a machine learning-based education company, where Garg was the CTO and co-founder.

TechCrunch’s Startup Battlefield Australia (November 16 in Sydney) is approaching fast, and the 15 finalists, selected from 272 applicants, will remain under wraps until the day of the show. TechCrunch’s Battlefield team and our partner Elevacao have been prepping them to ensure that their Battlefield pitches onstage are as good as any other TechCrunch event.
Grab your tickets!