As TechCrunch’s resident watch lover I enjoy a view on markets outside of the typical consumer electronics dreck. I get to see beautiful pieces hand-built by true artisans, historical pieces that pay homage to past glory, and sexist watch companies who suggest, in no uncertain terms, that dudes are the only ones who do any work.

A reader of my other blog, WristWatchReview, pointed me to a storm brewing in the watch world regarding German brand Nomos. The storm is focused on their At Work series. Described by a spokesperson as “inspired in part by repeated requests from male customers to product larger…watches” the online advertising is primarily focused on men and the good they do as engineers, scientists and programmers. It makes no mention of women at work, even though the watches are essentially unisex discs and squares of brushed metal.

The spokesperson went on to note that certain sizes do tend to be worn by certain genders and cited their 33mm models as an female favorite. The company said that there was no reason a woman couldn’t wear a piece from the At Work series, although they make no mention of this in their advertising.

Who wears the At Work series? There’s Michael Martin, 33, of Code and Theory! This lad loves watches and seems very capable. However, there are plenty of women who wear watches and are capable and, I would presume, work at Code and Theory and are social media marketers. Why not throw them a Nomos spotlight?

The real problem is that watches, for the most part, are unisex and the industry has discovered that even smaller models sell well to both men and women. The days of pie-plate-sized Panerais are coming to an end and, even if they weren’t, many women prefer a big watch. The Omega Speedmaster, for example, is popular for both sexes and the Rolex Submariner has become a piece beloved by both male and female vacationers. Even Apple offers an egalitarian vision of male skin divers and female runs, living in horological harmony.

Other companies – Tissot, Omega, and Cartier – offer men and women’s watches and a few offer “women-only” watches like the Mido Romantique but none of them quite drive the point of male vs. female like Nomos. 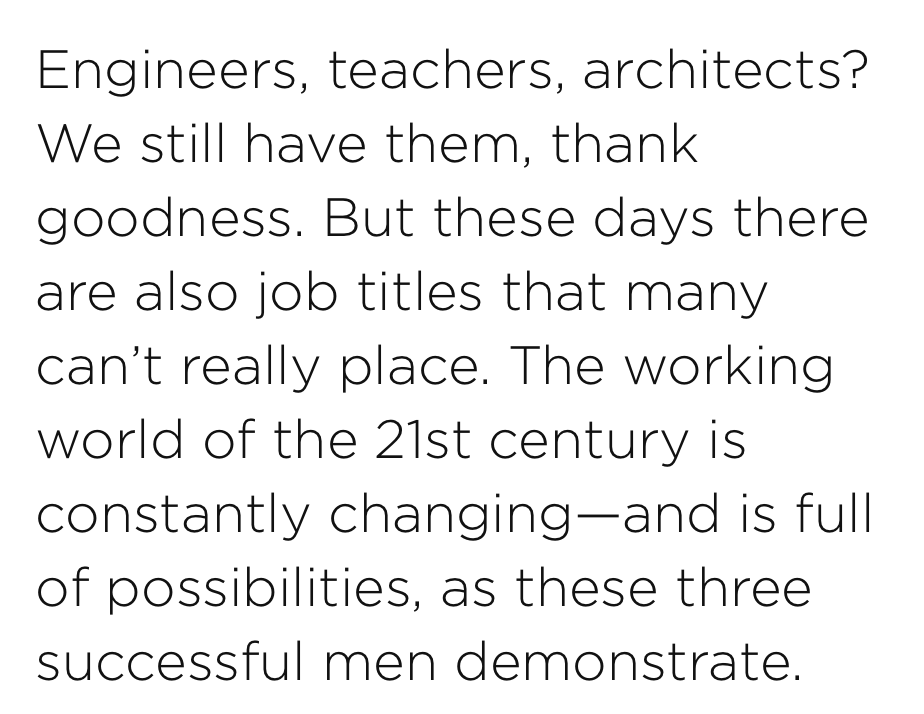 Nomos is a nerd darling these days with their minimalist designs and affordable (for the watch world) pricing. What Nomos can’t afford to do is alienate an entire segment of the population by suggesting only men are “at work.”

I don’t envy watchmakers. They have to straddle multiple cultural rifts, from planning global advertising campaigns that will go over as well in Dubai as in San Francisco to building and selling analog tech in a digital world. But, as I’ve said before, the industry shoots itself in the foot, if not the gut, on a weekly basis. An insularity that stems from disconnection from the wider world and a focus on fashion creates a frustrating amalgam of ham-handedness and ignorance that makes missteps look even more ridiculous. It’s absolutely Nomos’ right to advertise their watches any way they want. It is not, however, in their best interest.