Google announced today it’s launching a new way to pay on mobile devices, using any card you have on file – including those saved to your Google Account via products like Google Play, YouTube, Chrome, or Android Pay. This “pay with Google” option ties all these saved payment options together in a single interface, which app makers and retailers can then implement using only a few lines of code.

The technology making this possible, the Google Payment API,  was first announced this May at Google’s I/O developer conference.

The larger idea here is to make checkout speedier for mobile users and increase conversions for retailers, by allowing Google users to tap into any payment card a customer has on file with Google, rather than those they’ve specifically saved to Android Pay. The feature will also make it easier for customers to shop using Google Assistant, the company noted earlier this year.

“Payments is a key capability of the user’s Google account,”  Pali Bhat, Vice President of Payments at Google, told TechCrunch. “Our goal is to enable users to pay with their Google account across devices, platforms and interfaces.”

When you opt to check out using “pay with Google,” you’ll be presented with a list of payment cards saved in your Google account. To continue, you just tap the card you want to use, and Google sends this information along with your shipping address to the merchant, who then handles the rest of the transaction.

In addition, Google partnered with over 40 payment providers to make integrations simpler for merchants who want to offer “pay with Google.”

The payment providers – including PayPal’s Braintree, Stripe, Vantiv, Worldpay, Adyen, and Groupe Paysafe – will continue to process the transactions as before. Other partners are being added soon, including ACI, Assist, Ebanx, First Data, Global Payments, GMO, IMSolutions, and TapPay. 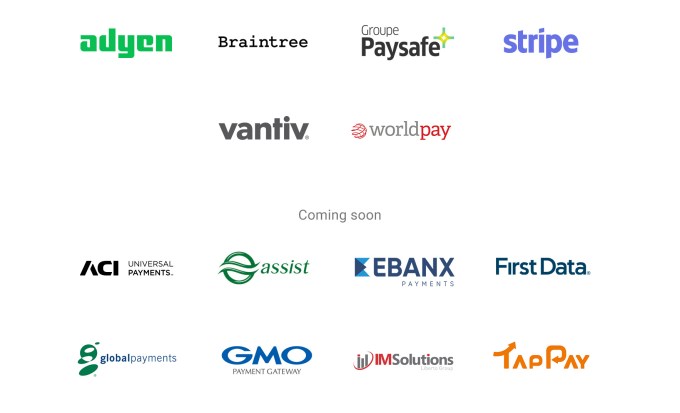 Because the option requires merchants to use the Google Payment API, the “pay with Google” option is not yet available everywhere. But Google has lined up a long list of popular services that will offer the faster checkout to customers via their apps and mobile websites, when loaded in the Chrome browser.

At launch, this list of supported services includes Doordash, Eat24, Instacart, Kayak, Postmates, Wish, and others, but will expand to include others like Airbnb, Papa John’s, StubHub, Deliveroo, and many more in the near future. (See below). 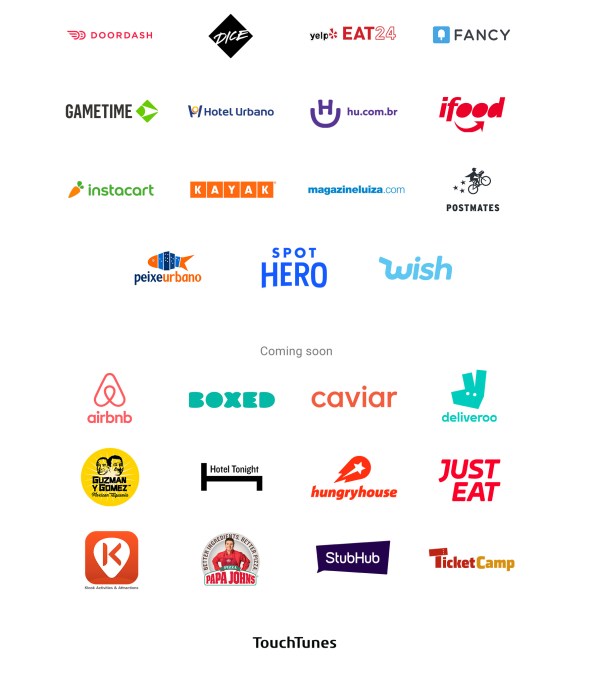 The API is also now available globally, bringing it to new markets like Brazil for the first time with partners like iFood and Magazine Luiza, for example.

For now, Pay with Google works within mobile apps and Chrome, but that could change in the future.

“We are starting with Chrome but plan to bring this experience to other browsers as well. Stay tuned,” said Bhat.