Robots increasingly have to interact with ordinary (that is to say, human-focused) objects and environments, and part of that is imitating the extremely delicate and complex human grip. A new type of electronic skin allows a robot to feel not just the pressure from its grip, but whether and in what direction an object is sliding or slipping.

It may sound like that’s just something that happens when it’s about to drop something, but the data is actually extremely useful. Telling when and how an object is moving within your grip (it’s called shear force) lets you reposition utensils, feel how far your finger has gone along a surface and how fast, and of course alert you when your grip isn’t ideal.

In order to make a sensor that detects this type of movement, University of Washington researchers took human fingers for inspiration. When you slide your finger along something (or vice versa), the friction causes one side of that finger to become a bit more taut, while the other bulges out a bit. That’s not really how we experience shear force, but it is a good phenomenon to take advantage of for robotic purposes. 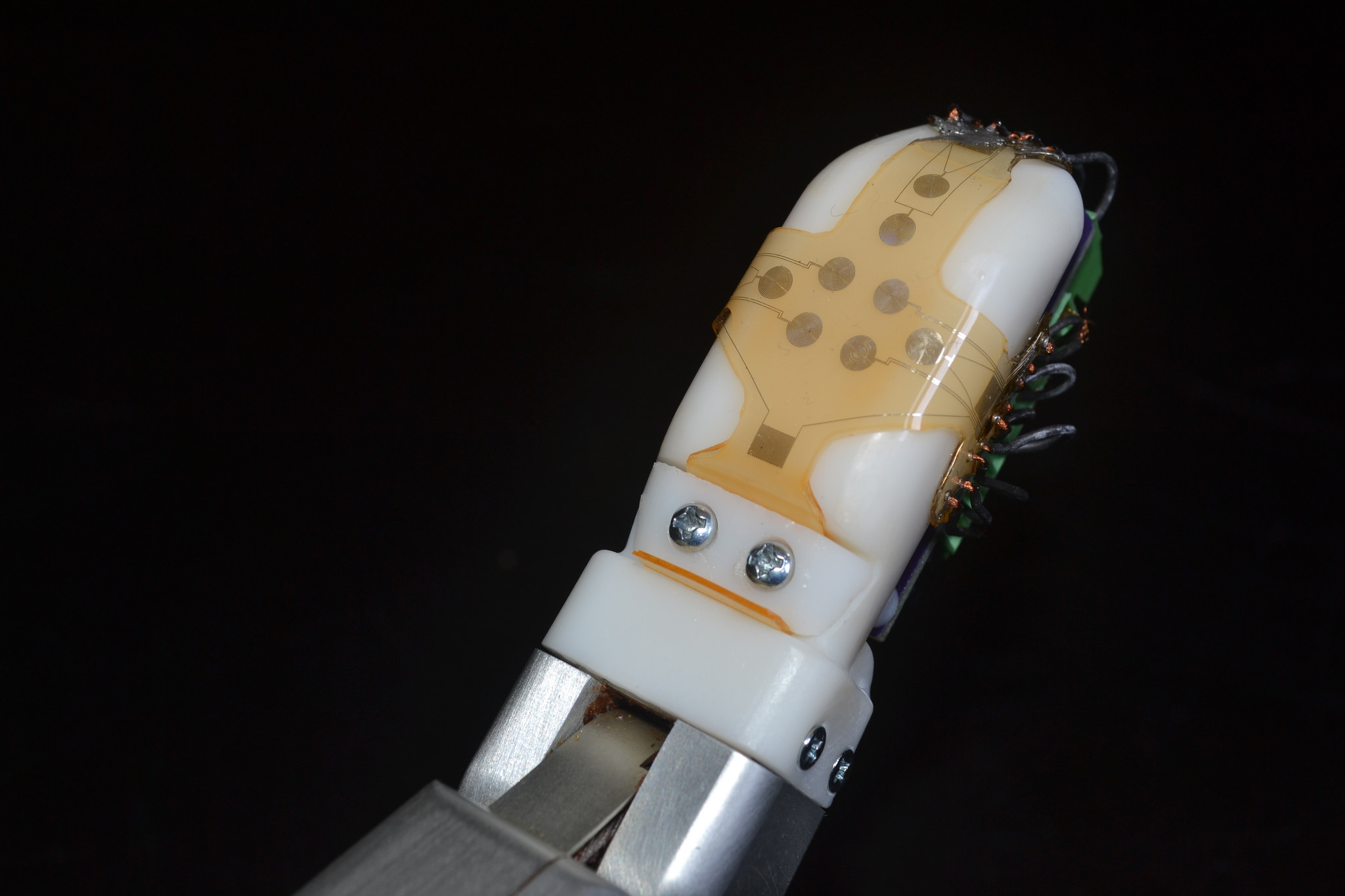 The team created a silicone skin that can sit over an ordinary robotic appendage and not interfere with its pressure sensors or the like. On each side of the “finger” are tiny channels cut into the material and filled with a conductive liquid metal. As the finger moves and the skin deforms, it causes the channels to change shape, compressing or stretching out. This changes their electrical properties, which are constantly tracked.

“It’s really following the cues of human biology,” said Jianzhu Lin, the lead author of the study describing the system. “Our electronic skin bulges to one side just like the human finger does and the sensors that measure the shear forces are physically located where the nailbed would be, which results in a sensor that performs with similar performance to human fingers.”

The way one side is stretched and the other compressed indicates movement in a certain direction and with a certain force. Thus, the robot knows that either its hand is slipping, or the object it’s gripping is.

It’s only one part of the incredibly complex system of touch feedback and other senses that we use every day for a thousand different things, but those parts are starting to add up. Before long a robot’s touch may be a very passable imitation of a human one.