Oculus Rift has a whole new user interface that lets you customize your VR Home space and replace your traditional computer monitor with nearly unlimited VR screenspace. Oculus Core 2.0 is rolling out in beta in December.

Dash is reminiscent of a Minority Report-style interface, where windows dangle in the air and can be moved around with the wave of a hand. Dash will let you code inside VR, but also bring along your favorite desktop experiences like Facebook and Messenger, YouTube, Spotify and even Google Chrome.

Oculus Dash lets you use traditional desktop computer apps, code and communicate with friends all at once 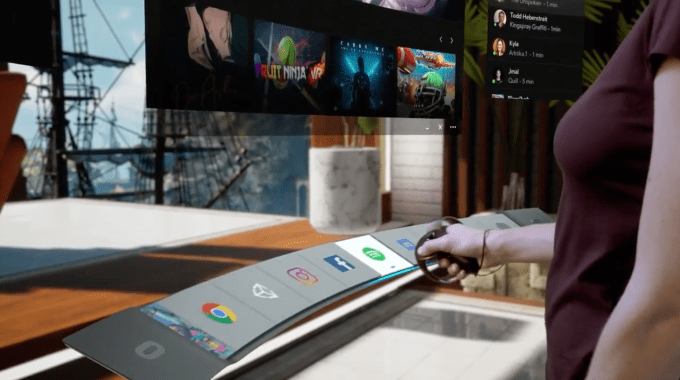 Developers will especially enjoy the ability to debug VR apps while actually running them via Visual Studio, Unity and Unreal. Screens appear in full-fidelity inside Dash, and you can access the rest of your PC beyond the core apps.

The revamped Oculus Home lets you make your startup screen for Rift into your fantasy geek palace. You can pick all sorts of sensible or sci-fi furnishings, like art, seating and toys. You can show off trophies of your in-game achievements, and even play retro video games by popping cartridges into old-school game machines. Oculus is planning to let you hang out with friends inside Home in the future. 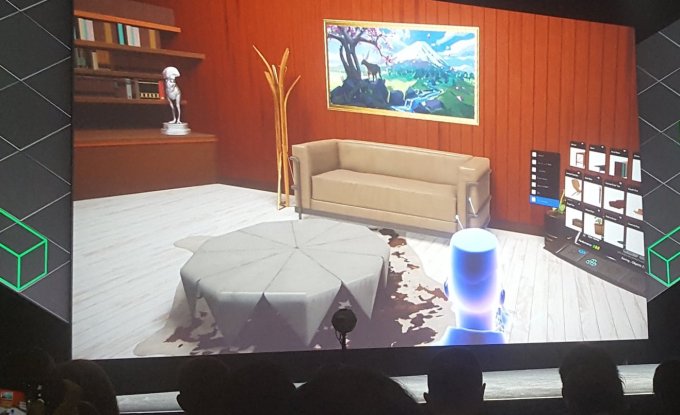 It all seems heavily inspired by Aech’s basement headquarters from Ready Player One. Creating a familiar, customizable spaces inside VR could get people more hooked on Oculus’ products. The Sims proved insanely popular, and the new Oculus Home could let you build your virtual home around you rather than beneath you.

Meanwhile, Dash could be the answer for developers and others who rig together multiple physical monitors to give them extra screenspace. Dash will make the screen all around you, so you could shove your music app behind you, and leave chat apps in the sky while your whole front-facing view is consumed by the work at hand. Spending whole work days inside VR sounds a bit exhausting, but for hardcore multi-taskers, Dash could truly be the new computing platform Mark Zuckerberg envisioned when he acquired Oculus.