GitLab, a collaboration and DevOps platform for developers that’s currently in use by more than 100,000 organizations, today announced that it has raised a $20 million Series C round led by GV (the fund you may still remember under its former name of Google Ventures). This brings GitLab’s total funding to date to just over $45.5 million.

In addition to the new funding, the company also today said that WordPress founder Matt Mullenweg is joining the company’s board.

As its name implies, GitLab started out as a git-based open source tool for self-hosting code repositories. Since its launch in 2014, the company has branched out, though, and added a number of more DevOps-centric services to its lineup. This includes a number of workflow tools, but also features that easily enable code review/test/release automation and even application monitoring. 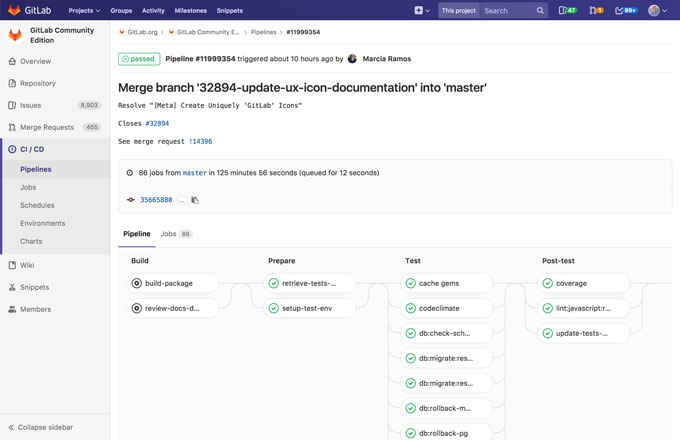 It’s maybe no surprise then that the company now sees it as its mission to “develop a seamless, integrated product for modern software developers and become the application for software development in Kubernetes” (yes — even GitLab now wants to get deeper into the Kubernetes game).

“The Fortune 500 is racing to build world-class software development organizations that mirror the speed, productivity, and quality of the largest tech companies. As these organizations strive to produce high-quality code at scale, they will need best-in-class tools and platforms. GitLab’s platform accelerates the development process with an emphasis on collaboration and automation,” said Dave Munichiello, GV General Partner, in a canned statement today. “GitLab’s hybrid, multi-cloud solution is loved by developers, and is seeing tremendous traction in the field.”

Current GitLab users include the likes of Ticketmaster, ING, NASDAQ, Sony and Intel.

As for the funding itself, GitLab says that it plans to use it to add “new functionality for packaging, releasing, configuring and monitoring software.”

The company does face competition from the likes of GitHub and Atlassian’s BitBucket, though GitLab argues that its tools currently represent two-thirds of the self-hosted git market.