Google has new AR stickers coming to its Pixel devices, with rollout set to begin later this year. They use Google’s ARCore, which is designed as an easy way for Android developers to bring augmented reality experiences to device users.

The AR stickers are built right into the camera app on the Pixel (when they make their way out via software update) and they can be selected like any other image capturing modes. You then just drop them into the scene you want to capture with your camera in live preview, and you can edit their size and position. 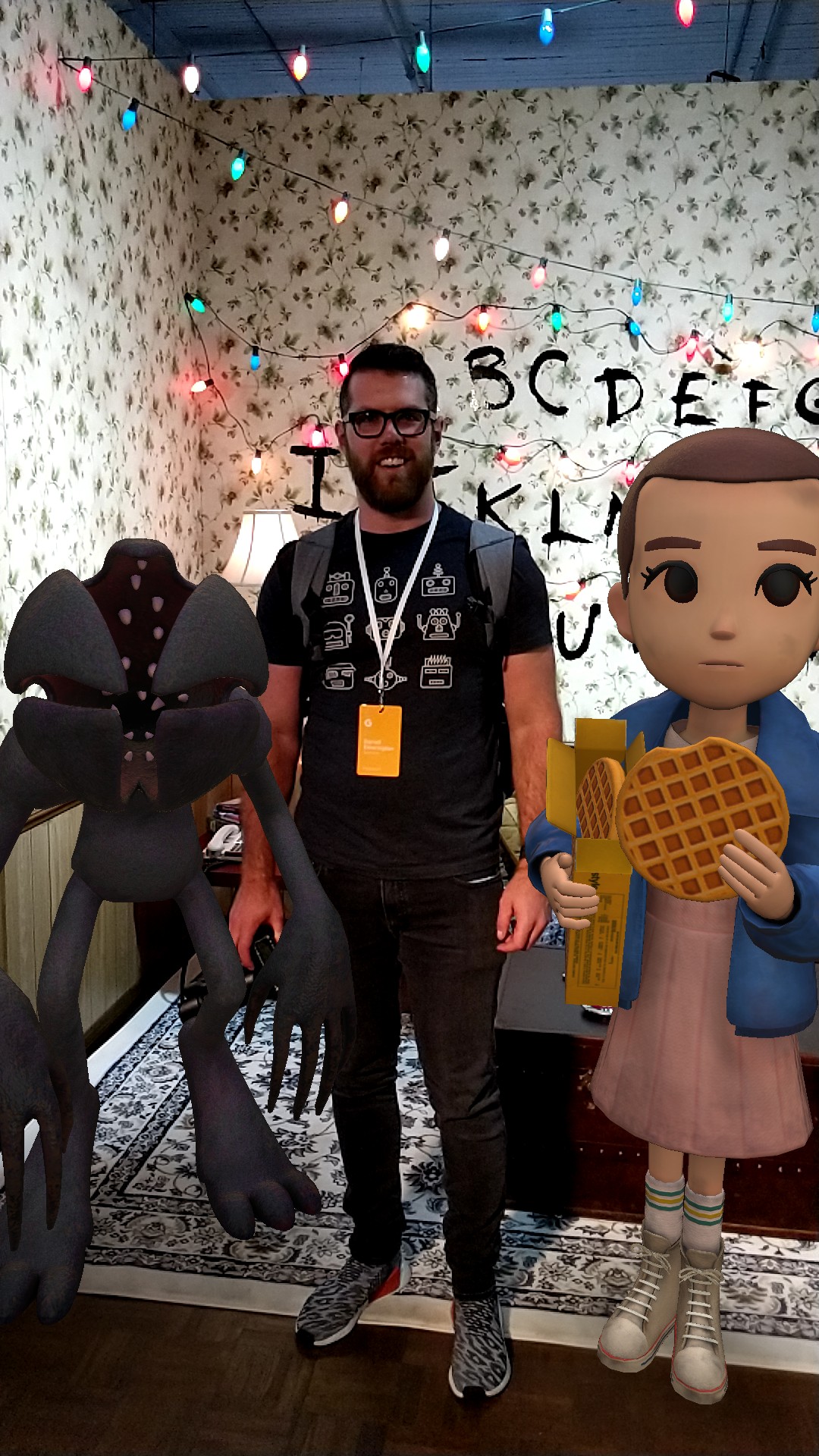 Stickers are animated, and can interact with each other. I took a picture with the Demogorgon and with Eleven, and I also tested out positioning the stickers and walking around them. They really seemed to stick in place well, and actually worked in person better than the shaky on stage demo would’ve led me to believe.

These are a fun feature that’ll probably get a lot of use via promotional tie-ins like this one, but their long-term usefulness still remains to be seen.