The Chromebook Pixel brand for Google’s most high-end and costly Chromebooks is dead, but you can now say hello to its replacement: the Pixelbook.

The Pixelbook fits right into the (short) line of Chromebook Pixels in that it’s a pretty luxurious Chrome OS device that starts at $999 with 128GB of storage. Prices will top out at $1649 for the 512GB version. 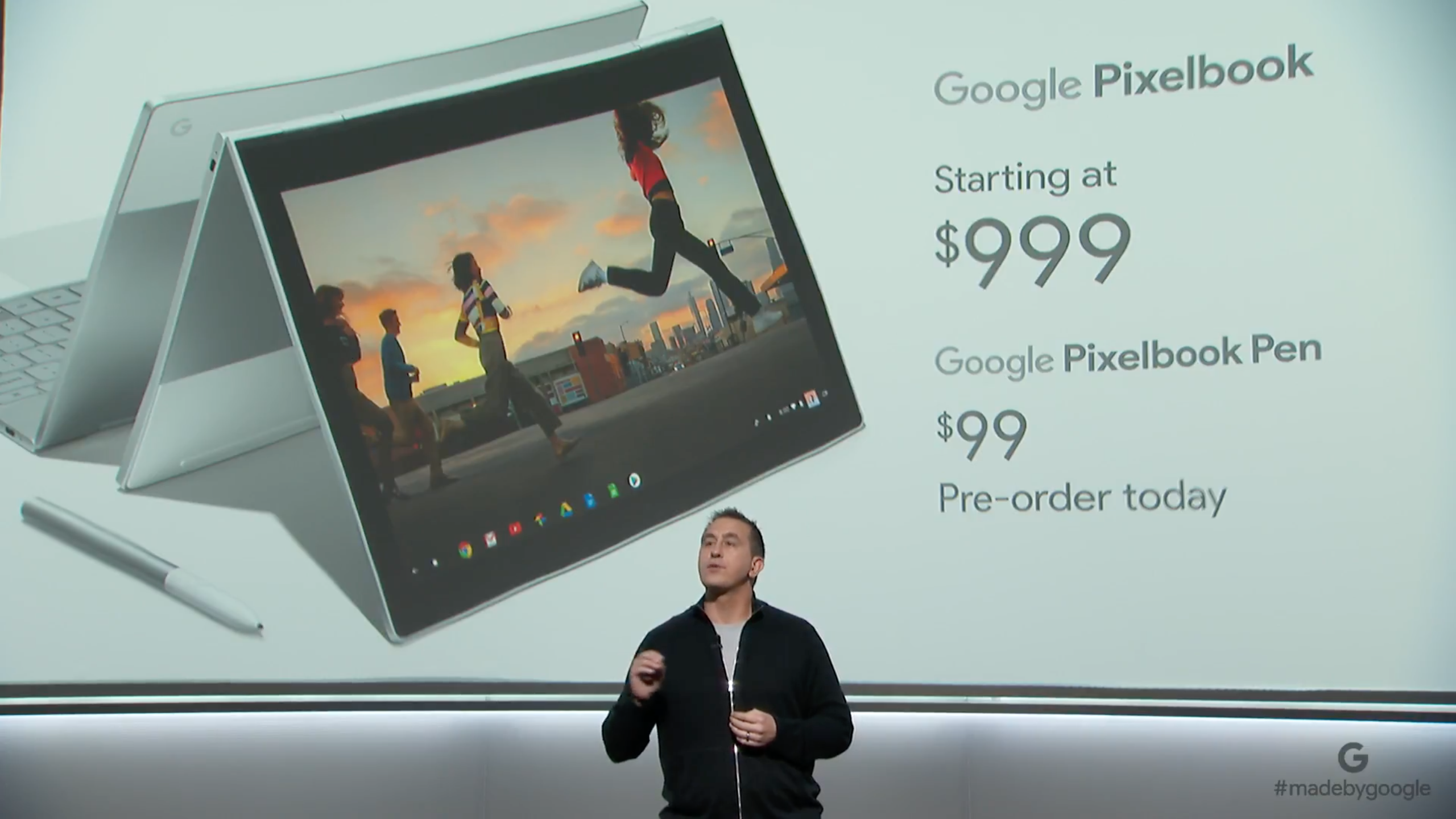 It also takes its design cues from those earlier devices, with a boxy but sturdy look. But there’s a twist: the Pixelbook is a two-in-one with a screen that sits on a 360-degree hinge, just like an IBM Yoga or similar laptop.

It’ll be available in the U.S., Canada and UK. October 31st is the first day you can get your hands on one, though preorders start today.

Google argues that the Pixelbook is its thinnest and lightest laptop ever. It weighs in at 1kg and is 10mm thick.

The main highlight of Google’s original Pixel Chromebooks was their touch screen, which always used the rather unusual but highly useful 3:2 aspect ratio. For the Pixelbook, that’s still the case, but this time Google decided to step down the screen size from 12.82 inches to a 12.3-inch display with a 235ppi density.

Like with earlier Pixel laptops, Google will offer this laptop with both Intel i5 and i7 laptops and up to 16GB of RAM.

The Pixelbook is also Google’s first Chromebook with built-in support for the Google Assistant (though, yeah, you could always use “Ok Google” on other Chrome OS devices but Google didn’t call that the Google Assistant for reasons Google knows but nobody else fully understands). 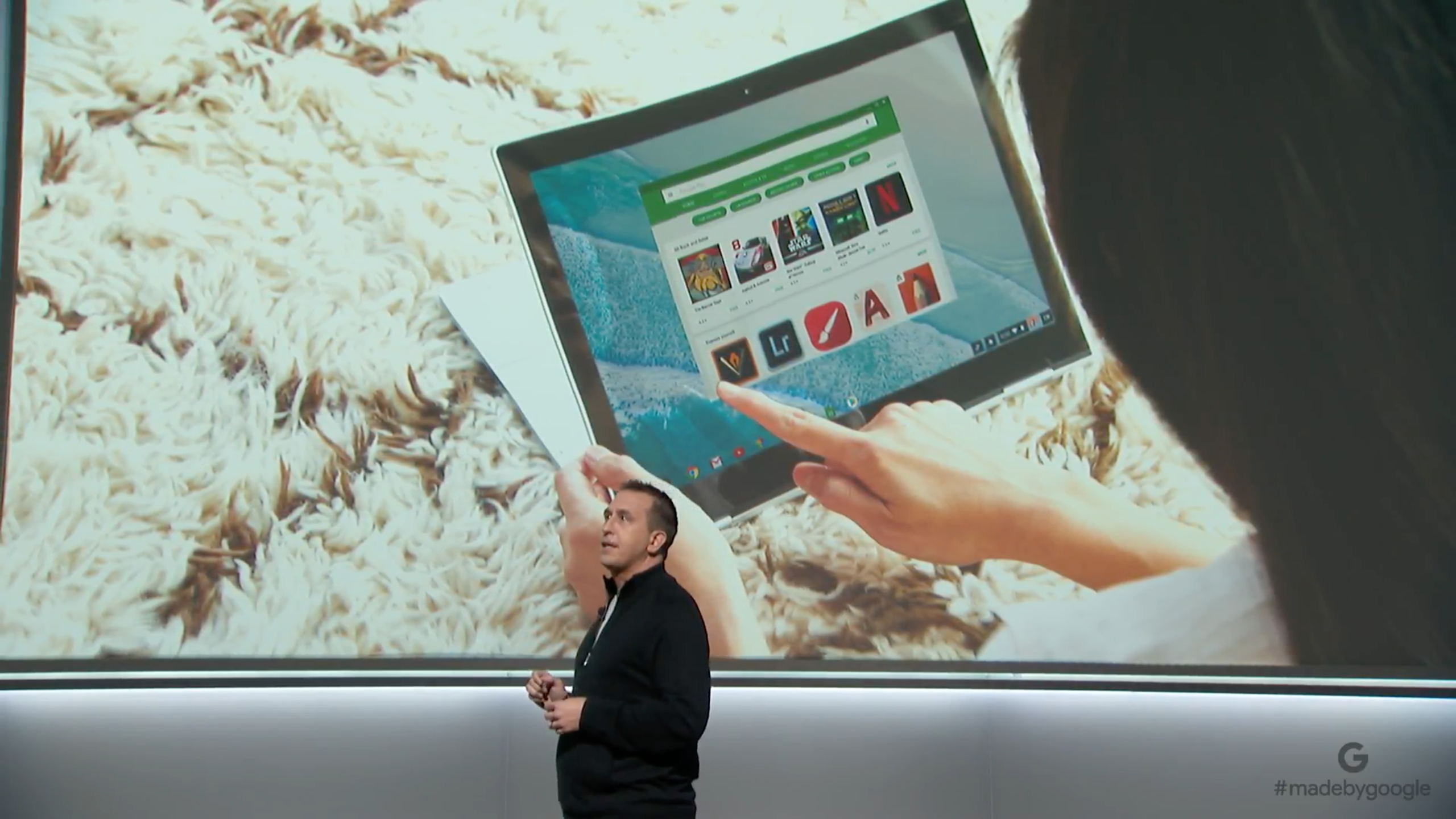 Following Microsoft and Apple’s lead, Google also developed a new pressure-sensitive pen for the Pixelbook. Now that Chrome OS features support for virtually every Android app, having pen input actually makes sense on a Chromebook, though given the high price of the Pixelbook, it would’ve been nice for Google to include at least one pen because the price of entry here is $99 per pen (which you are likely to lose at some point within the first few months).

You can use the Pen to trigger the Assistant, too. You can circle an image, for example, and get more information about it. Or you can use the pen to circle any word while you are doing research. Or you could just use it to draw and take notes — because it is a pen, after all. Google worked with Wacom on this and argues that the pen only has 10ms of latency and 60 degree angular awareness with 2,000 levels of pressure sensitivity. 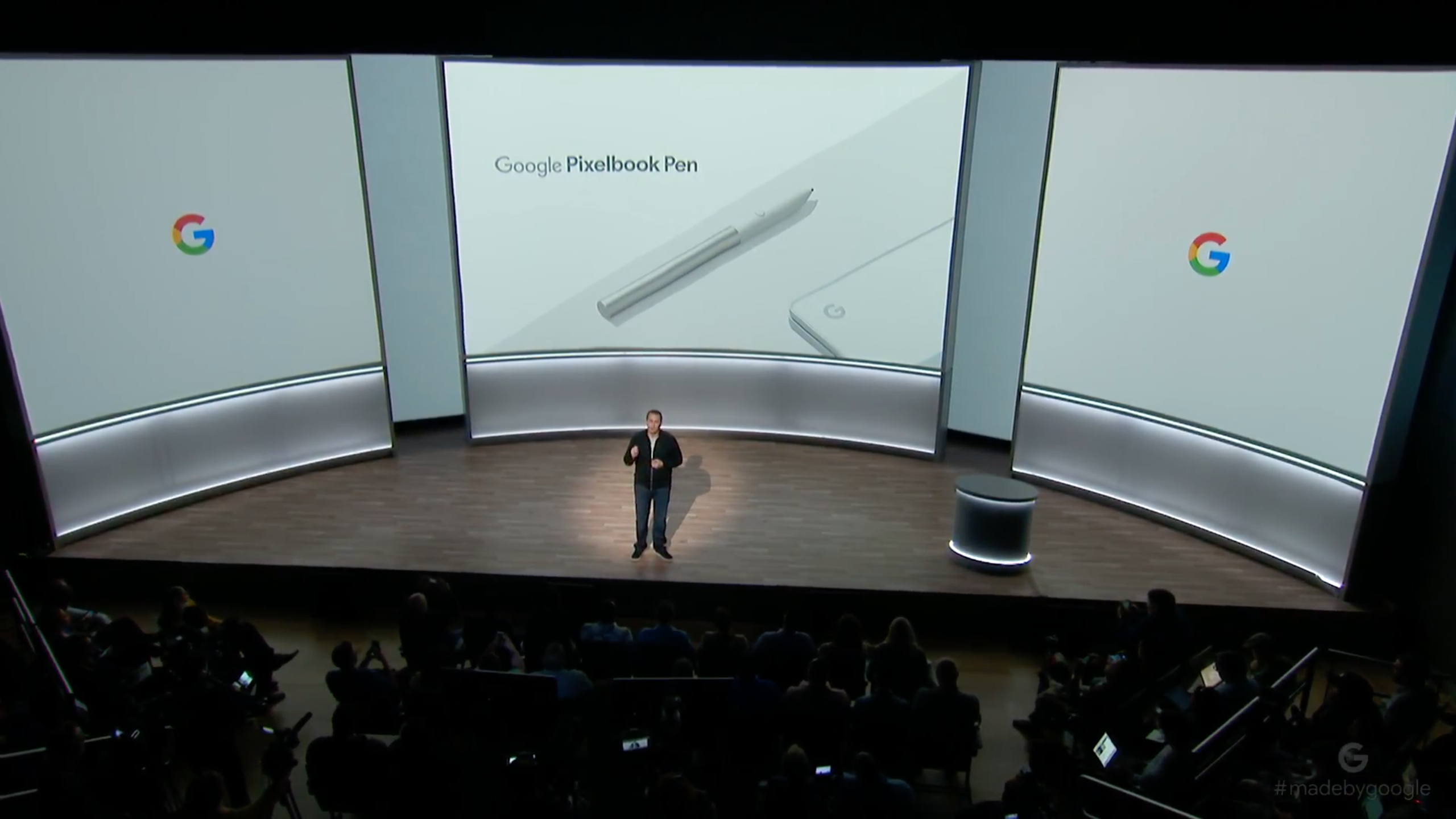