TechCrunch has learned that Amazon has acquired Body Labs, a company with a stated aim of creating true-to-life 3D body models to support various b2b software applications — such as virtually trying on clothes or photorealistic avatars for gaming.

An Amazon spokeswoman declined to comment on the acquisition.

New York based Body Labs was founded in March 2013, according to CrunchBase, and had raised more than $10M across two investment rounds — closing an $8M Series A in November 2015.

The company says its AI, computer vision, and body modeling expertise stems from research started at Brown University and the Max Planck Institute for Intelligent Systems.

Co-founder and CEO Bill O’Farrell lists a number of prior exits in his Body Labs’ biog: namely SpeechWorks, acquired by Nuance; CoSA acquired by Adobe; and OpenAir acquired by Netsuite. Apparently he can now chalk off a fourth.

At the time of writing Body Labs had not responded to requests for comment.

The company’s social media accounts have been quiet since August, which may indicate the deal closed recently.

Update: A note on Body Labs’ website has now confirmed the acquisition, saying the startup “look[s] forward to innovating on behalf of customers”.

Video demos on Body Labs’ website show its tech being used to augment a human with digital content as the person moves around by cladding them in a full-body gaming avatar ‘suit’ or adding boxing gloves and bunny slippers to a dancing man.

Body Labs also says its “SOMA Shape API” can be used to “accurately predict and measure the 3D shape of your customers using just a single image”, suggesting this can power “custom apparel” or be used by fashion ecommerce retailers wanting to offer sizing recommendations.

The company also suggests additional uses-cases for its ‘fat and all’ 3D body modeling tech in health and fitness tracking, and even equipment design and manufacturing.

In a video from 2015, O’Farrell suggests highly accurate 3D body scans will enable “the body itself [to] be delivered as the platform and around which goods and services are designed, manufactured, bought and sold, recommended.”

It’s not clear exactly what Amazon intends to do with Body Labs but there are plenty of potential use-cases that mesh with and could extend its existing business interests if the startup has the tech chops to deliver accurate 3D body models at scale.

For example, as well as selling other brands’ clothes via its ecommerce marketplace, Amazon has been ramping up its own fashion business in recent years, expanding and growing its private label fashion brands.

Being able to offer custom fit could give Amazon’s private label fashion brands an edge, even as improving sizing predictions generally for Amazon shoppers could help drive clothes shopping across its platform and help shrink returns from clothes that don’t fit.

A recent Amazon Prime member perk offers free returns for a try-before-you-buy clothes service called Amazon Wardrobe. And the service would clearly be cheaper for Amazon to run if fewer people returned fewer items of clothes.

CEO Jeff Bezos has long listed fashion as one of two key areas he sees underpinning his sizable ambitions for Amazon’s ecommerce empire (food being the other).

The company also has big extant interests in another potential area where Body Labs’ tech could fit: gaming.

It runs its own games studios — fed by earlier acquisitions such as Double Helix Games, which it picked up back in 2014. It also distributes Lumberyard, a free AAA game engine integrated with AWS and Twitch; and offers GameLift, a managed service for deploying and managing servers for multiplayer games.

This summer it emerged the company had acquired GameSparks, a “backend as a service” for games developers too. So it has a well established interest in pushing the envelop on video game content — say by being able to offer gamers photorealistic avatars.

And that doesn’t even scratch the surface of how 3D body model technology could play in the VR world, if you’re taking a longer view on potential use-cases. (Or indeed, for AR and AR gaming purposes.)

Games is generally an area of strategic interest for Amazon not only because the content can be highly popular and lucrative in its own right, but as another way to drive usage of its cloud computing division, Amazon Web Services. The more content it can host, the more revenue AWS can generate.

Yet another potential use-case for 3D body model tech could be in the comms space where Amazon has recently been making a new play, including in the visual communications space — as part of a much bigger push to own the smart home by releasing a blitz of connected devices housing its Alexa voice AI.

This May Amazon outted an Echo device with a screen aimed at family videocalling.

It has also released another Echo device (called Look) that’s specifically designed for taking style selfies. So it’s possible the company might be interested in tech that can power visual transformations for fun and fashion-based purposes — such as by being able to add real-time effects to people’s faces and bodies during an Echo Show videocall, for example, a la Snapchat selfie lenses.

And Body Labs has a mobile AI called Mosh for adding special effects photos using based on its tech detecting and adapting to the person’s pose. 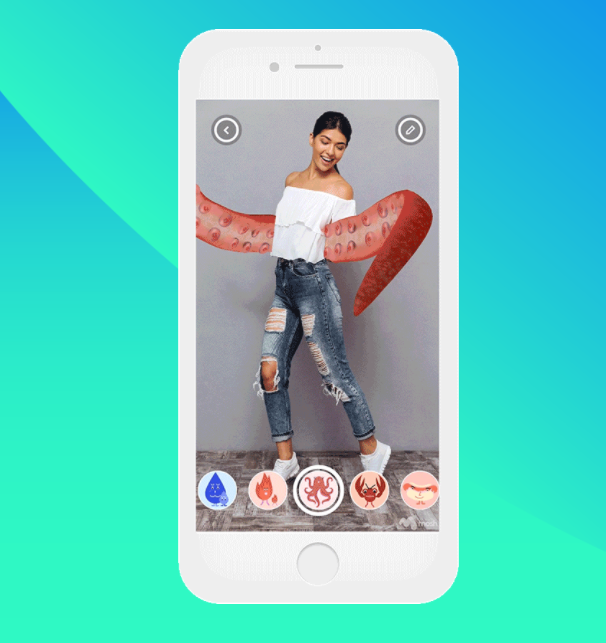 Or — for more practical, ecommerce-related purposes — to enable users of its Echo Show to virtually show off a fashion item they’re thinking of buying by having computer vision software digitally animating it on a photorealistic body model. So they could, for example, ask their mum for a second opinion on the dress they’ve been eyeing up — and then just ask Alexa to buy it.

How Amazon could do much more with Echo by adding a camera to drive blended reality into the living room was a topic TechCrunch dug into back in 2015.

However one key consideration here, in the specific case of Body Labs, is it’s not clear exactly what core technology the company is using for generating accurate 3D scans.

In some of its video demos Body Labs can be seen using person-sized scanners to generate highly accurate body models — a technology that clearly does not scale for the kind of massive consumer purposes Amazon would be after. Though it also claims to be able to extrapolate body models from “everyday photos or videos”.

One of its co-founders, and also its science advisor, Dr Michael Black, is a computer vision expert who has worked on modeling realistic 3D human avatars by extrapolating pose data from photos — and that kind of approach, if it proves robust enough, would offer a more viable route for Amazon to scale viable body models to millions of consumers.

So it’s also possible the Body Labs acquisition is mostly an acquihire for Amazon, aimed at picking up talent and expertise for handling the data it’s hoping to gather via its Echo Look device which — notably — contains an on-board depth sensor so could be used to extract 3D data on body form via users’ style selfies.

As we wrote in April, the Echo Look style selfie device very much looks like a way for Amazon to harvest people’s full length selfies to start to build its own dataset for size and fit, which neatly dovetails with its ecommerce fashion ambitions.

Bezos could therefore be hoping to put Body Labs’ team to work on reverse engineering the body data it pulls off Echo Look and arrive at viably accurate 3D body models without consumers needing their own shower-sized in-home scanners. Instead they’d just need to have an Echo Look sitting on their shelf. 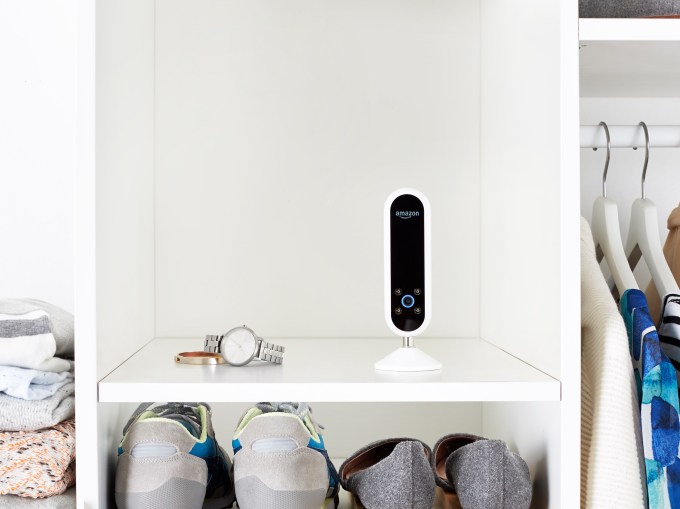