The device will, as leaks previously showcased, retail for $499 and go on sale today.

The look hasn’t evolved much over the previous generation camera, today’s updates are all internal. The Hero6 captures 4K video at 60fps (finally!), 2.7K at 120fps and 1080p at a whopping 240fps, performance which doubles the frame capture rate of its predecessor. The new hardware also add touch-zoom on the back so users can quickly focus in on details. 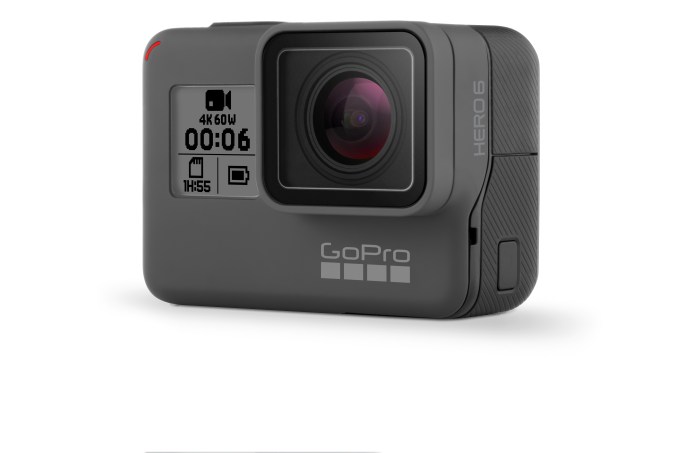 Woodman focused a decent amount of energy discussing the company’s custom-designed GP1 processor, which the company says is really going to push the limits on what the camera line can do on the computer vision and machine learning sides, especially when it comes to optical image stabilization. The company claims the camera now offloads at 3X the speed of the previous iteration. GoPro has also aimed to improve dynamic range and low-light performance.

The company also announced some software updates to its Karma drone, which obviously will support the Hero6. Most notably, Karma is gaining GPS tracking for the Karma controller with new “Watch” and “Follow” modes. With “Watch,” the drone will hover in place while ensuring that the Karma controller remains in-frame, “Follow” predictably chases after the controller so it can capture your high-speed antics. The new modes will be arriving in a firmware update today.

GoPro’s Hero6 goes on sale today for $499, if you’re interested in their new Fusion 360 cam you’ll have to wait until November.