Today, the augmented reality company (which, again, has yet to launch a product or share any details of a product despite raising absurd amounts of dough) launched a new website.

The website is nice. It’s modern, pretty bare bones, it has a new red version of their logo and a sign-up page to “keep in touch.” Interestingly, the site no longer has any of the rendered video demos or any of CEO Rony Abovitz’s odd, rambling blog posts. Nothing too crazy.

BUT there’s some weird stuff hidden within, stuff that calls back to a bizarre (and, if I’m being honest, incredibly annoying) neo-dadaist TEDx “talk” the CEO gave in Sarasota, Florida in 2012. You just have to watch to even begin to believe it came from a company backed with billions of dollars from Google, Alibaba, Andreessen Horowitz and other tech stalwarts.

Yikes. So, today we have this new site that has a series of easter eggs which Redditors (of course) are aiming to get to the bottom of.

Like I said, the website is pretty bare bones so there aren’t a ton of pages to navigate through, the first key seems to be to find a web page that doesn’t exist. Here’s a sample link to one of Abovitz’s odder blog posts which, again, is no more. 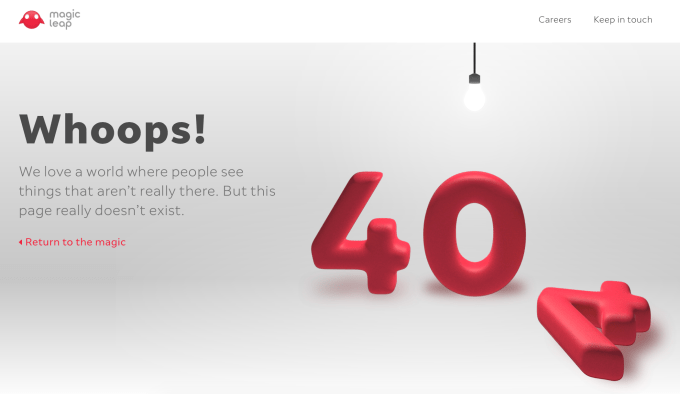 When you arrive at a non-existent URL you’re taken to what looks like a standard 404 page, but in the graphic there’s a light bulb, one which slowly begins to flicker on and off. It turns out those flickers aren’t random but are, in fact morse code, which once you sort through it all spells out the word “KEYWORD”.

If you can somehow manage to watch the entire TEDx video above, you’ll notice that Abovitz, dressed in his space suit, only says a couple of phrases throughout the presentation. One of them is him briefly talking about an “ancient and magical keyword,” that being the word “phydre.” Phydre is an absolute gibberish word taken from the phonetic representation of the word “fudge” in Greek letters, which is featured prominently in the TEDx talk for unclear reasons.

IF you type out the word “phydre” while on that same 404 page, you are then given a bunch of binary code followed by a smiley face.

Enter that into a binary to text generator and you are given the coordinates “03h 02m 16.77307s +04° 05′ 23.0596″ Those are the exact coordinates of Alpha Ceti, the second-largest star in the constellation Cetus, known as the sea monster or whale constellation.

That’s where the easter egg trail ends for now, Magic Leap heavily utilizes whales in marketing so that could be an end in itself, but many Redditors are reaching to theorize that the star points to a December reveal for Magic Leap’s first product, because that is the time of the year that this particular star is most visible. 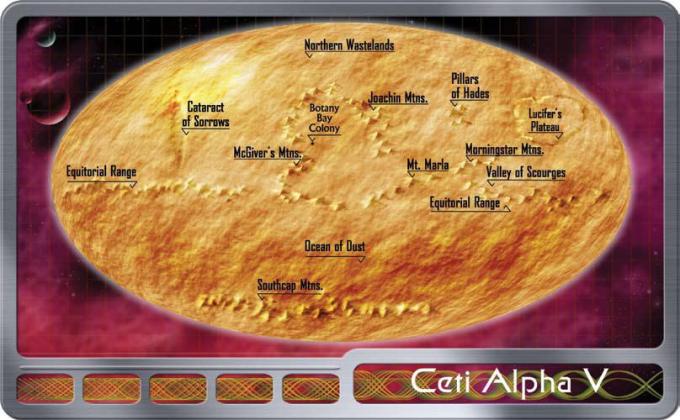 Where Khan and his crew were banished.

Interestingly, a non-existent planet of Alpha Ceti appeared in a Star Trek episode and the movie Star Trek II: The Wrath of Khan. Who knows what this all means, but don’t worry, Reddit is on it.

I don’t know what to make of any of this other than that this is a lot of distraction coming from a startup that appears to have a lot of actual problems to work on. Maybe they’re doing just fine so they’re kicking back with some fun.

All I know is that Magic Leap certainly isn’t doing much to dispel the stereotype of Florida being a place where weird shit happens.