Last month Appier announced its Series C, which brought its total funding so far to $82 million, from SoftBank Group, Line Corp., Naver Corp., EDBI (the Singapore Economic Development Board’s corporate investment arm) and AMTD Group. Appier’s goal is to strengthen in presence in the markets its new investors represent, which include Japan, Korea, Hong Kong and Southeast Asia, before expanding into other regions. The company’s main products, the CrossX Programmatic Platform and Aixon, help brands use artificial intelligence to predict consumer behavior and make marketing decisions. 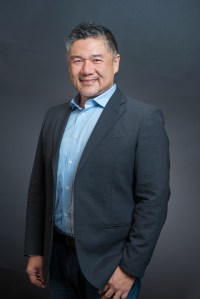 Prior to joining Appier, Chu served as senior director of Microsoft Japan’s central marketing group. Before that, he held executive positions at Sony Pictures Entertainment. He told TechCrunch in an email that in the short- to mid-term, Appier’s goal is to make sure that it sustains its current momentum in Japan and Korea.

“In the long-term, we plan to identify areas where our AI platforms can help businesses. For example, we’re currently working with a real estate company to identify ways in which they can use AI to optimize occupancy in their properties,” he said.

“We’re really excited about Aixon as it opens our business up to potentially any sector that is looking at AI,” Chu said. “If you speak to the industry analysts, they will tell you that AI, along with IoT, is at the top of the to-do list for most enterprises, particularly those in financial services, healthcare and manufacturing, but every company is definitely looking hard at AI.”