This summer the TC team took a brief trip to Shenzhen, where I met Wells Tu, whose company TimeKettle has made an earpiece that translates spoken Chinese to English and vice versa in near real time. Having created a functioning prototype (it isn’t vaporware; we tried it, as you can see above) he and the team are now heading to Kickstarter to raise the money for their first run of the gadget.

The device, or rather devices, are pretty foolproof: you open the case, put one earpiece in your ear, and give the other to the person you want to talk to. They automatically sync to a smartphone app, then detect which language each person speaks and translate it as they speak. 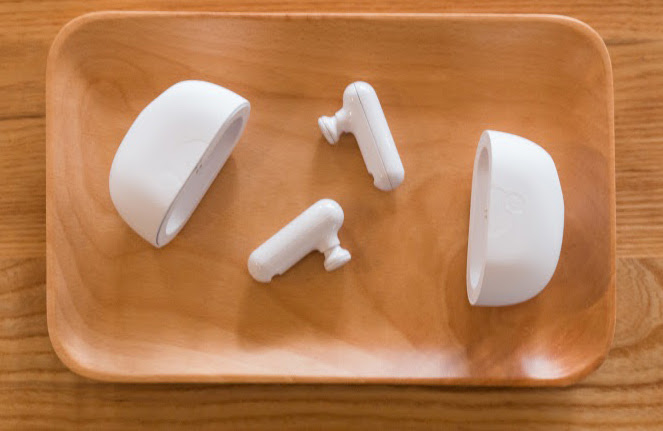 In our tests, it worked pretty well — there’s noticeable lag, but the team was in the middle of optimizing for that when I talked to them in June. But that’s pretty much impossible to avoid in the current state of machine translation. And really, the draw is that you can just put this thing in your ear and then make eye contact with your partner and chat more or less like normal. That’s much preferable to both of you staring at a phone together.

Right now, the system supports Chinese and English, but new languages can (and will, Wells told me) be added via the companion app.

If you move quick, you’ll be able to grab a set for $99, but of course the price goes up from there.