Have you bought a really nice bedspread with a design from India and assumed it’s just something a designer dreamt up somewhere? Sometimes the designs have been appropriated from artists who live in “isolated areas, in the absence of mass manufacturing.” What’s required is a sort of “Shutterstock for cultural art,” where artists are paid in the same way as photographers. Such a platform could literally change lives in traditional communities, and perhaps even prevent or at least slow down the wrench of urbanization in developing countries.

Roots Studio, which launched today at Startup Battlefield at TechCrunch Disrupt, aims to connect millions of isolated, cultural artists around the world to global markets via the licensing of high-quality scans of their designs.

To achieve this, they install digitization centers (computer and scanner) in villages to enable artists to digitize their art and post to the Roots Studio online repository.

The upfront costs to start a center in each village are approximately $1,000. Once the art is uploaded, it is available to clients around the world instantaneously. Roots Studio splits a percentage of gross profits with the artists, with 75 percent of that going to the artist and 25 percent to a village community fund as voted upon in community meetings. 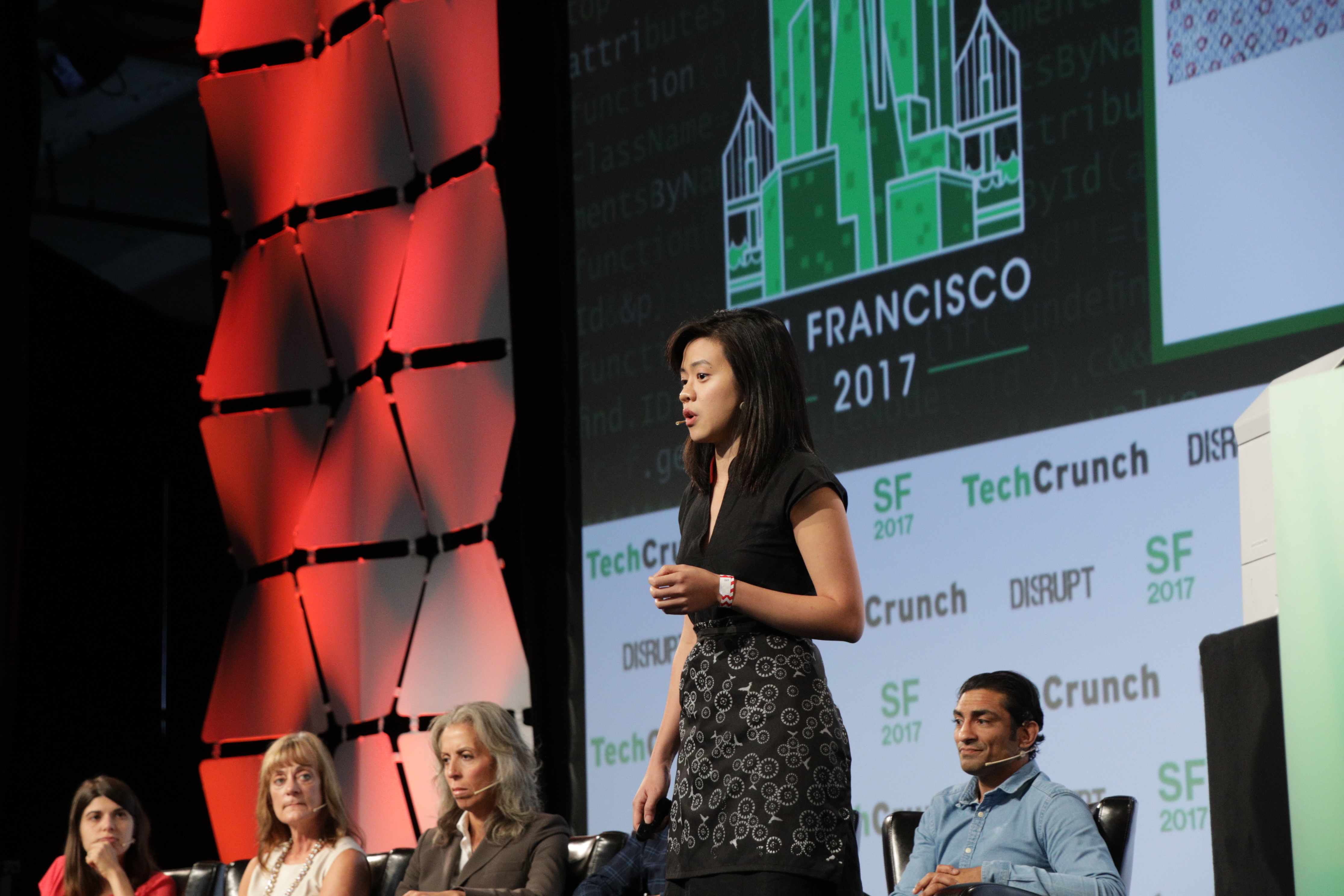 So far they are working with artists from India, Indonesia, Jordan and Panama, among others. The idea is to disrupt the ordinary supply chains by training and equipping artists to digitize their paintings, illustrations and designs. From these digital assets, they can create amazing prints, stationery and apparel.

As a result, the artists can make around 500 percent more sales through the digitization. And they can literally transform their lives with the money they can make.

For instance, there are more than 200 million people in India who rely on the craft sector for their livelihoods. But these artists, who often live below the poverty line, can’t access global markets. They earn less than $600 a year — that’s less than the overall per capita income of $1,000 a year. They make less than 5 percent of the selling price for their art and there is little transparency to the artist. So in order to generate $1,000 for a village artist, an intermediary must generate $20,000 in demand to pay all the other intermediaries along the way.

Roots Studio doesn’t hold any inventory — everything is printed on demand — so there is no need to warehouse anything.

But the bigger opportunity is in design licensing.

“We still sell prints, but we’re growing in a way where we’re trying to use licensee’s image assets. Then we don’t have to figure out manufacturing or production, and then they pay us royalties for the image,” says founder Rebecca Hui.

Hui spent the last seven years exploring India’s “rural to urban” transition, having first followed cows in her mapping project titled “Life Through the Perspective of a Cow.” This project evolved into a three-year study on “city-animal conflict” that she undertook as a Fulbright Scholar and National Geographic Young Explorer. She also tracked dogs in Moscow that were riding the metro, and investigated China’s development influence in Africa.

Wanting to put her ideas into action, she became an MIT-TATA Fellow working as a consultant to the government of Maharashtra, alongside the World Bank, on strategic planning and modeling of rural water supply systems. Rebecca’s view is that if villagers can strengthen the skills and assets they use in their villages, there is less need to migrate into cities, thus destroying the rural way of life — which half the world still lives in. Art is a way of preserving their communities. Digitization is a way to promote culture without the destruction that has come with tourism.

“Some of the most creative people in the world live in isolated areas, in the absence of mass manufacturing where people are still connected with their identity. But what you start to see is that this whole creative movement in these rural areas is dying out because they’re saying this is an inferior way of living. I felt very drawn to it because I always self-identify as a creative who could and probably should have pursued a more creative career but felt invalidated because of the perception of these industries as a ‘hobby,’ ” she says. 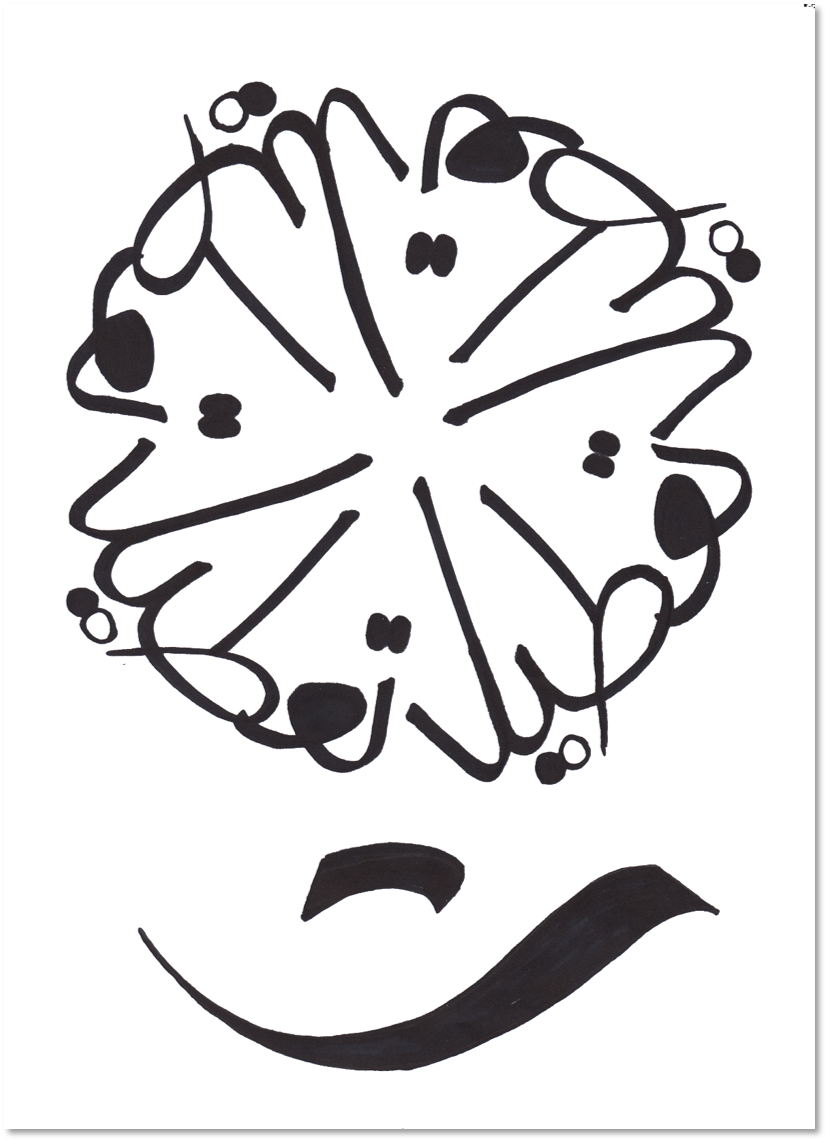 (The above is Arabic calligraphy of the word “Disrupt” available only during TechCrunch Disrupt SF 2017.)

“Your clothes, bedding and even the dishes’ base pattern is a market which is exponentially growing at $240 billion, in the age of millennials and ‘hipsterdom’ where people can’t stand being copied and have something original. Yet many of these designs are taken from cultural artists because cultural art is still unique. It stands out and brings value to these brands. It’s authenticity in a world of plasticity. But getting these designs is tough. Companies spend a lot of money and time to travel to these areas. It’s a one-way process and not much goes back to that community,” she adds.

There is a further issue. Large retailers have been sued multiple times by indigenous groups. They face massive business risk by appropriating cultural art. “Even though they know it’s a growing trend a drop in stock becomes nightmarish for a number of brands. And it’s in essence outright stealing of the brilliant and sacred work of cultural artists in these remote regions, denigrating generations of cultural history and tradition,” says Hui.