The makers of Index are hoping they’ve created the only app you’ll need to access all your files, notes and links.

Cox said he actually developed Index for his own personal use five years ago. And while he would occasionally give friends a copy, he was too busy developing apps for other companies (through his Sierra Space Agency) to do anything more.

Finally, a few months ago, Cox and the rest of the agency decided to turn Index into a real consumer product — a process that Cox said was accelerated by their acceptance into the Startup Battlefield at Disrupt SF, where they just launched Index onstage. 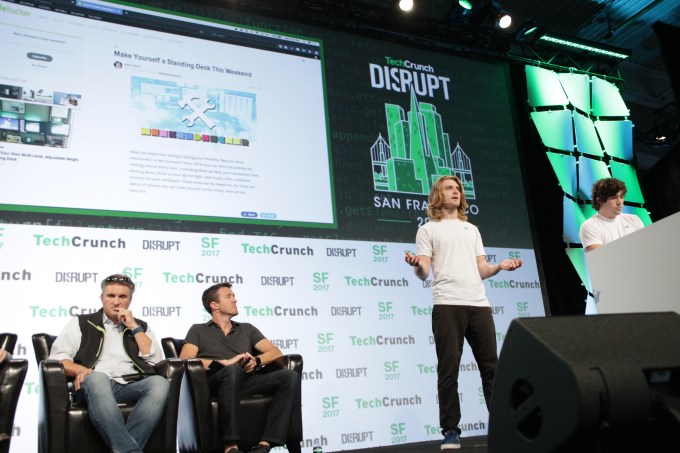 In Cox’s words, the problem that Index is tackling is the fact that “our stuff is all over the place.”

Sure, there are plenty of similar-sounding services out there, yet there are still plenty of times when I’m reading an article on my tablet and then struggle to remember what it was when I’m on my laptop, or when I realize I forgot to send an important document from my laptop to my smartphone. In fact, those various note-taking, link-saving and document-sharing apps can be tricky too, when I struggle to remember where specifically I saved something. 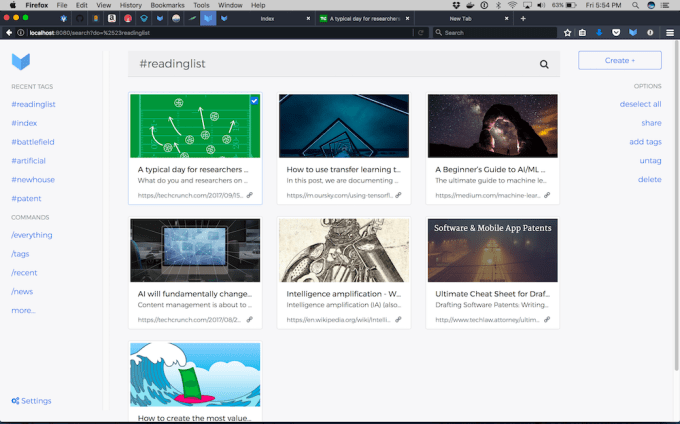 With Index, in addition to taking notes in the app itself, you can save your content from any device with just the tap of a button — even though the service is officially launching today, it’s already available in iOS, Android, Chrome, Firefox and web versions, with plans for Mac and Windows.

Of course, saving stuff is only useful if you can find it later, so everything gets saved in Index through an organizing principle of hashtags. You can also get a little fancier by not just saving individual web pages but also web searches, or by creating a section with the latest content (like the latest TechCrunch articles) from a certain feed or API. And you can sort through all that content using commands like “/everything,” which shows you everything you’ve saved.

If some of these ideas sound like they were inspired by Slack, Cox doesn’t try to hide it: “Something about them rubbed off on me so strongly. It’s a work chat app that’s so simple, so delightful.”

Over time, Cox is hoping Index becomes more and more central to users’ workflows. He said he already uses the app as a personal dashboard to manage his day, starting with business tasks like checking email, then moving on to checking the weather and checking the news. He also has a dashboard for managing everything related to getting Index ready for launch at Battlefield.

And while this started out as a personal project, Cox said it’s time to turn Index into a venture-backed business. The app is available for free to everyone initially, but if you want to save more than 237 items, you’ll need to pay $2 per month.

Why 237? Cox said it’s a “purposely random” number that his team settled on as the point where people are seeing “the real value” of Index, and he estimated that it would take “three to six months of regular usage” before someone reaches that limit. 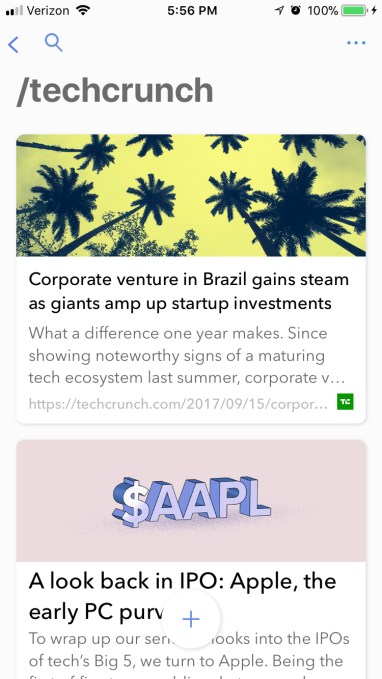 Post-launch, the Index team will be adding more features around collaboration, and also looking to extend the platform by allowing users to create their own commands.

Eventually, Cox wants Index to become a platform for intelligence amplification — namely, technology that, in contrast to artificial intelligence, enhances human capabilities. That might sound pretty grandiose for a productivity app, but the subject clearly fascinates Cox.

“We basically want to use all the possible tools to put machine learning on top of the human brain, not beside it,” he said. “As time goes on, what we’re thinking every morning is: What can we do to further empower people, not to make another external intelligence stronger?”