It’s infuriating to see a public wifi connection you’re not allowed to use, such as the ones from mobile carriers like T-Mobile and ISPs like Comcast. If you’re not a subscriber, there’s often no way to pay for one-time access. But TechCrunch Disrupt SF 2017 Hackathon project Wificoin wants to help you buy or earn access to hotspots nearby.

Here’s how it works. Wificoin first installs its open source operating system onto a Wifi router. When new users try to connect to it, they get 100 Wificoin, which they can spend for 1 megabyte each of wifi access. If they need more, they can either buy Wificoin with Bitcoin or Ethereum, or they can install the software on a router they own which earns them Wificoin each time someone uses it.

This strategy lets Wificoin simultaneously grow its presence on routers around the world, and earn money. 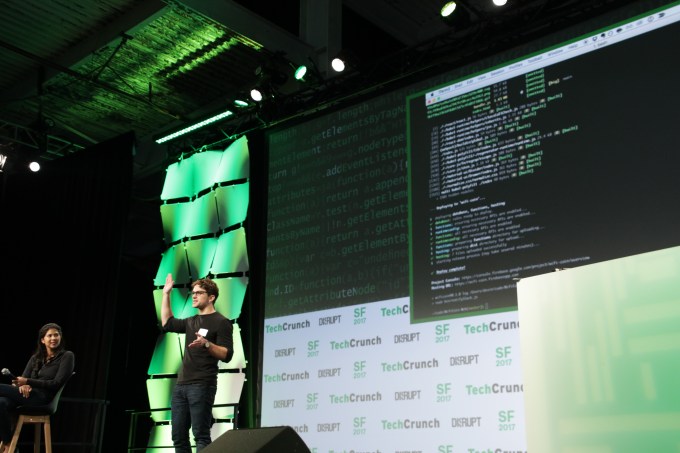 The big problem here is security. “It’s very hackable at the moment”, developer Alex Atallah admits. Using wifi provided by a stranger’s router can allow them to snoop on your data. That could be especially worrisome if you’re logging into your cryptocurrency accounts. If someone steals your passwords by snooping on your wifi data, they could potentially empty your crypto wallet. Wificoin’s developers would need to patch these vulnerabilities before it’d be safe to launch the project into the wild.

Eventually, Wificoin wants to let people buy access with traditional credit cards. It also plans to allow people monitor their bandwidth, and switch which device you’re using to access the Wifi by authenticating both through Facebook.

One of the biggest opportunities for cryptocurrency is the ability to transact micropayments without a high processing fee like with credit cards. Even if you only wanted to buy a few megabytes of bandwidth for a few cents, that would be feasible with cryptocurrency transfer when the fees would normally wipeout the profit for the seller. Whether for compensating artists for their content, buying services like Wificoin, or tipping anyone who helps you out, cryptocurrency could make micropayments a natural part of everyday life.