Plex’s Live TV service, a service offering cord cutters a way to watch and record live television via an antenna, is now available to use via the web as well as on Amazon Fire TV. From the desktop, only the Live TV service itself is newly available (the DVR was already supported), but on Fire TV, you can use both the streaming TV service and the newer DVR feature. Plex Live TV was previously available on Android TV, Apple TV, iOS and Android.

Having just exited from beta back in August, Live TV is Plex’s big bet to capitalize in the shift to streaming TV online, instead of through traditional cable and satellite TV providers. The company last fall introduced a DVR feature that let Plex subscribers record TV shows and movies from a TV tuner and antenna, connected to their Plex setup.

This summer, Plex added the capability to live stream television and then later added the ability to pause, rewind and fast-forward through programs.

The solution is more of a DIY alternative to paying for something like Sling TV, Vue, Hulu Live TV, YouTube TV, DirecTV NOW, or others offering live television subscriptions over the internet. However, Plex is limited to only those free channels you can get over-the-air with an antenna. Still, that’s a lot of content, given that you can pick up the main broadcast stations like NBC, FOX, CBS, ABC, PBS, CW, and more without paying for cable. 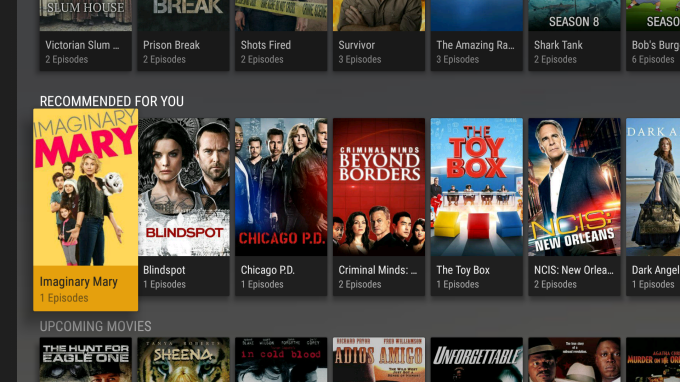 To use Plex’s service, you only need a Plex Pass subscription, which is just $4.99 per month – far less than the entry point for most live TV subscriptions, which begin at about $20 per month and go up from there as you customize your bundle with add-ons and other features. The subscription also includes access to other features, including a TV programming guide, Mobile and Cloud Sync, Premium Music, full access to Plex apps, parental controls and more.

The announcement comes shortly after Plex got itself into hot water over a poorly thought through change to its privacy policy that didn’t make it clear to users that Plex wasn’t spying on the content in their video libraries. The company quickly responded to clarify the issue, but some users claimed they’d move on regardless.

That exodus may or may have not actually happened, though – Plex’s mobile apps are maintaining their current positions, more or less – a top 150 Entertainment app on iOS, and top 30 video player app on Android.

Updated to clarify DVR was available on the web previously.