San Francisco-based ZeroCater is one of a growing number of startups hoping to disrupt the lunch rituals of businesses by providing catered lunches to small and medium-sized businesses in cities around the country. One way the company is seeking to differentiate itself from competitors is with a new offering to stock client’s shelves with produce and snacks.

Launched in 2011, ZeroCater was one of the earliest Bay Area startups to go after the growing office catering market. While companies like Facebook were offering full meal service to employees through their own in-house kitchen staffs, ZeroCater helped to simplify the process of providing a variety of food options to startups and smaller tech companies.

As time has gone on, ZeroCater has moved gradually upmarket, serving ever-larger organizations, while also expanding to new parts of the country. Now available in San Francisco, New York, Washington DC, Chicago, Austin and Los Angeles, the company is looking for ways to better serve its customers. 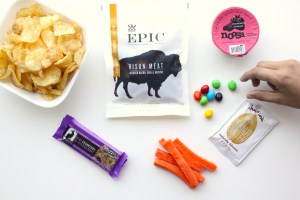 A selection of available snacks

With that in mind, ZeroCater is launching a new Snacks and Kitchens option, through which it will make a variety of fresh produce, packaged snacks and beverages available to customers.

ZeroCater takes care of all the inventory management, delivery replenishment and clean-up related to its snack offerings. Like its catering option, ZeroCater charges a per-person per-day fee to keep the fridge and shelves stocked with drinks and treats, and will build out a customized plan based on a company’s budget.

While ZeroCater is just making snacks available to clients in the Bay Area today, the company has been testing the service with a select number of startups and is already on a million-dollar run-rate with the business, according to founder and CEO Arram Sabeti.

Part of the customer interest was driven by having a single vendor for snacks and catering, but much of its business was won over by just being better than the existing snack providers, Sabeti told me. In fact, ZeroCater decided to launch the service because it was unhappy with the selection of its own vendor.

“That’s the reason we decided to get into this space… It was an atrocious experience,” he said. 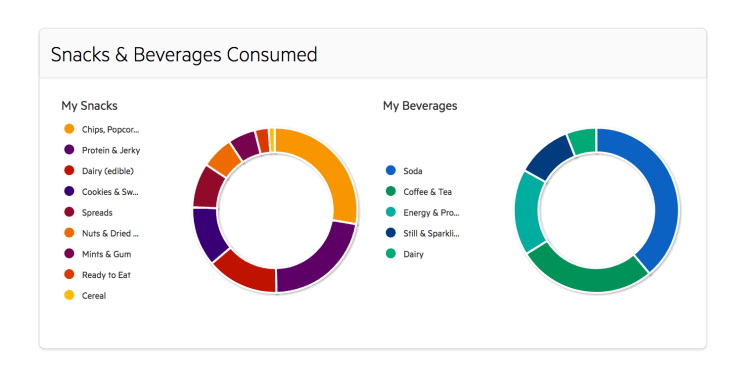 The new offering takes advantage of tech the company has built to analyze office worker appetites, and will provide a dashboard clients can use to track the snacking and consumption habits of their employees. Unlike most other providers, ZeroCater customers will know exactly what its employees are snacking on, and how much.

For ZeroCater, which has raised just $5.6 million since being founded, snacks will be just one more way for the company to grow its business. While it’s just launching in the Bay Area to start, ZeroCater expects snacks to be made available in its other markets over time. The service is available to existing customers, but will also be open to those who aren’t interested in having other meals catered.