Regular run-ins with government regulators and battles with well-funded local rivals have made Asia challenging terrain for Uber. The challenge is such that it’s fitting that the U.S. ride-sharing giant has hired a man who once scaled the summit of Mount Everest to lead its business in the region.

“After twenty years working in Asia, I couldn’t turn down the opportunity of shaping how the region moves over the next twenty,” Entwistle, who joins Uber from PE firm The Everstone Group, said in a statement.

In the role he’ll be responsible for business development, corporate development and marketing across Asia, excluding India and China, the latter being a market where Uber is no longer present. Interestingly, Uber said Entwistle will have a focus on “autonomous vehicle alliances.” While Uber has made progress on self-driving cars in the U.S. through its Otto unit — now known as Uber ATG — the company has yet to make a move in Asia, unlike rival Grab which partnered with MIT spin-off Nutonomy last year.

Also notable in Uber’s announcement are plans to “explore new opportunities to invest and grow our presence through strategic partnerships and investment opportunities.”

That looks like Uber will be doing investment deals across Asia, helping it catch up with a strategy that Grab has used in Southeast Asia to expand its business beyond merely ferrying passengers from point A to point B.

Grab is developing a payment platform to help reach users and develop increased loyalty, and it has put particular emphasis on Indonesia — the region’s largest economy. Earlier this year, Grab announced a $700 million program dubbed ‘Indonesia 2020,’ which includes an allocation of upwards of $100 million for investment in startups and other local initiatives.

Grab quickly got into that budget with the acquisition of Kudo, which sources told TechCrunch was priced at $80 million-$100 million, but it has indicated an interest in deploying more capital to help spread its base and business. 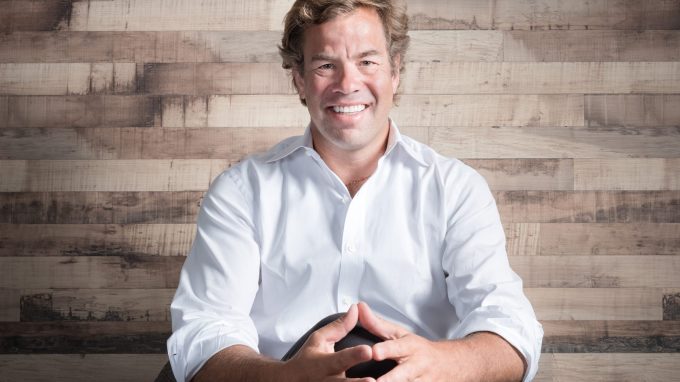 Uber may well be looking to follow in Grab’s footsteps and make investments of its own to growth its marketshare, which indicators suggest has fallen lately as Grab — which recently raised $2 billion from Didi and SoftBank — has pushed the accelerator to the floor.

Entwistle will also have government relationships to work out. Just this week Uber was suspended in the Philippines for a month, it is also currently out of action in Macau and has been knee-capped in Taiwan, where it recently returned with a licensed taxi service after UberX was ruled to be illegal. It has also scrapped with regulators in Hong Kong, Thailand and Indonesia among other places over the past year.

With talk of a potential Uber exit from Southeast Asia in some media, there’s also an argument that Entwistle could be a deal-maker who looks for the kind of amicable departure that Uber found in China last year and again in Russia this year.

Such talk ballooned up after Grab raised its recent funding round and, while watching a key ally refuel its war chest is a blow, Uber’s position across Southeast Asia isn’t so far behind that it should needs to concede. However, if it deems itself to be losing ground in the U.S. then it isn’t impossible to imagine resources being diverted to protect that the home turf above all others.

But there’s much more to come in Southeast Asia where the ride-hailing industry is only getting started. A 2016 report co-authored by Google forecast that annual revenue could surpass $13 billion by 2025, up from an estimated $2.5 billion in 2015.