Sure, affiliate links are a common business model, where publishers get a cut of the business that they’re sending to retailers. There are even companies like Skimlinks and VigLink that automate this process.

But Narrativ is doing something a bit different. It turns these links into an advertising unit called a SmartLink, where different retailers can bid in real-time for each click.

The company has raised $3 million in funding from investors including  Talis Capital and New Enterprise Associates.

Chen previously worked at the intersection of commerce and media, serving as head of marketing at Moda Operandi, the e-commerce company backed by Condé Nast-owner Advance Publications and LVMH. She argued that SmartLinks are a more effective form of promotion than banner ads (which are intrusive and can be stripped out by ad blockers) and native advertising. 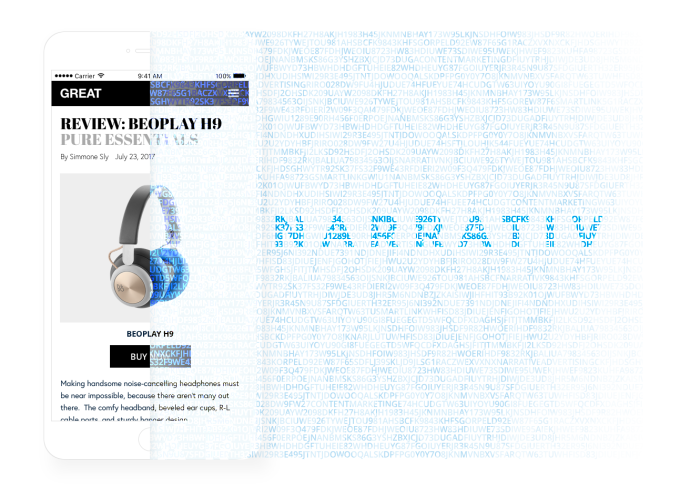 In other words, the product doesn’t require writers and editors to do anything different — it automatically transforms the product links that they were going to include in their articles anyway into SmartLinks. Similarly, readers just click on the links that they want to, and the bidding and redirecting should happen imperceptibly.

Retailers, meanwhile, can run more sophisticated campaigns where they bid different amounts for different users who have different levels of exposure to the brand and product. (Chen contrasted that with the “last click” approach, where all the affiliate money goes to whoever drove the final click before purchase.) And since the bidding happens in at the moment of the click, they get to avoid “link rot” when a product link changes.

Although Narrativ is officially coming out of stealth today, Chen said the product has already been in testing with publishers like New York Magazine, which has seen the value of its content clicks increase by 250 percent, and with retailers like Dermstore, which saw its return on investment increase by 67 percent year-over-year.

In a statement, Dermstore Vice President of Marketing Richie Singh said that before Narrativ, the company wasn’t thinking about promoting itself through editorial content: “The technology just wasn’t there.”

“Our competitors were winning 92% of traffic from editorial links until Narrativ,” he added. “For the first time, we control when a product featured in content drives traffic to Dermstore.” (Here’s a bit more detail about how Dermstore is using Narrativ.)

Beyond plain vanilla links, Chen also said that Narrativ works with other units like product galleries. The key, she said, is that it can’t be intrusive to the reader experience.