Xfinity xFi, Comcast’s Wi-Fi management service launched this spring, is now making it easier for parents to set boundaries for internet usage in their home. The changes include the ability to put the internet “on pause” for a period of time, as well as lock down web searches so they won’t return adult-oriented results, among other things.

With the newly launched “Timed Pause” feature on XFi, parents can put internet breaks on a timer. The internet can be quickly paused for 30 minutes, an hour, two hours, or until the parent chooses to unpause manually. The idea is to motivate kids (okay, force kids) to do something else beyond staring at their screens – like read a book, go outside, do chores, and more. 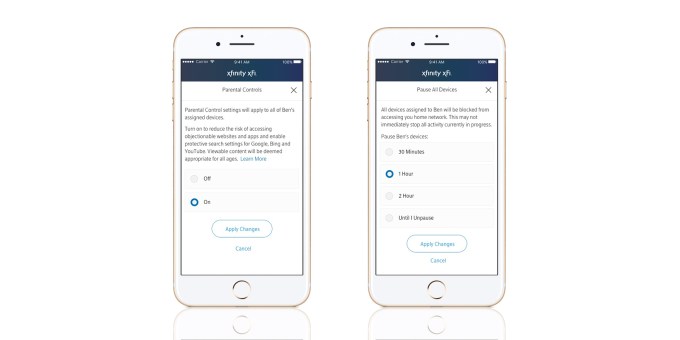 That latter one may be a godsend, depending on how well it works. (Having just launched, tests and reviews are not yet available).

Today, there are YouTube filtering apps available from third-parties, but frankly, most are not very good. They’re often hard to set up for less technical users, or require additional subscription service fees. YouTube also tried to address this problem somewhat with the 2015 launch of its YouTube Kids app. But the app is largely aimed at younger children, and it has struggled in the past to fully filter out inappropriate content.

Another added feature in the updated xFi app is real-time notifications about activity on the home’s Wi-Fi network.

This will alert you to potential security incidents – like a change to the Wi-Fi password or network name, for instance. But for parents, the bigger benefit here is that guest devices can be assigned to a certain profile – like the “Guest” profile, or even a child’s profile. More simply, this means when your kids’ friends come over, they have to follow the same restrictions you place on your child.

The changes rolling out this week come on the heels of a new report detailing how smartphone usage by the youngest generation appears to be having a negative impact on health, and is related to the disruption sleep patterns, as well as larger concerns around teens’ mental health.

Specifically, the article published by The Atlantic indicates that the recent skyrocketing rates of teen depression and suicide can be tied to teens’ increased smartphone usage.

That may leave parents wondering how to take action, given how normalized smartphone usage has now become, and how difficult it is to pull devices out of kids’ hands. 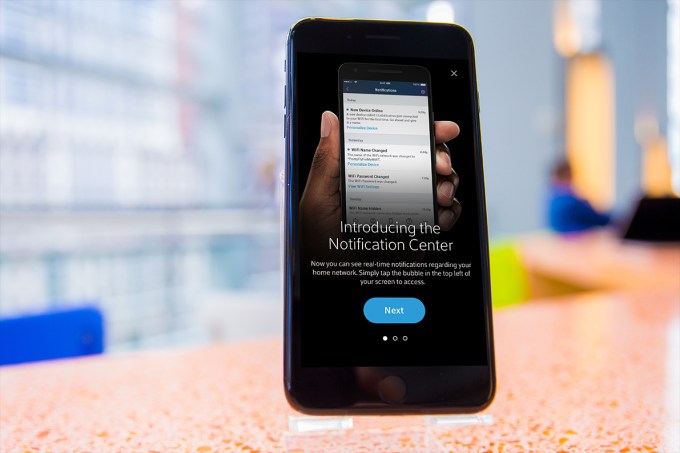 Comcast xFi is just one answer to this dilemma, of course. At launch, its service offered mobile tools for web monitoring, and even the ability to set device “bedtime” schedules that shut down kids’ access to the internet at a given time of day.

But Comcast is not the only company developing products and services like this. Others, including router makers Luma and Eero, network-attached device and subscription service Circle with Disney, and more, are also focusing in this area.

Of course, it’s always been possible to control the internet or kids’ web use, but in the past this has involved more cumbersome and sometimes technical challenges, like the installation of third-party internet monitoring software, or even tweaks to the router’s settings.

Making this level of control more accessible to mainstream consumers is something of a turning point, however. And xFi is not even an upsell to internet subscribers – it’s a free feature meant to encourage consumers to sign up for Xfinity Internet service.

The service is still rolling out across Comcast’s footprint, which includes over 23 million internet customers. Today, 10 million customers have access to xFi, and Comcast expects it to reach 15 million by year-end.

The new parental controls are live now in the xFi mobile app for iOS and Android, where they will be introduced through a “What’s New” screen.