You might not think it from the amount of controversy the agency has generated recently, but the FCC has been operating on a skeleton crew of three commissioners since the beginning of the year. That will soon no longer be the case, however, as the Senate has just confirmed Jessica Rosenworcel and Brendan Carr into the vacant positions, bringing the Commission to its five-person maximum.

Rosenworcel may be a name you recognize: she was actually a commissioner for years under Obama, and among other things was a big part of the 2015 Open Internet Order that created our present net neutrality rules. That’s her on the right after they passed the rules (and looking unamused in the top image): 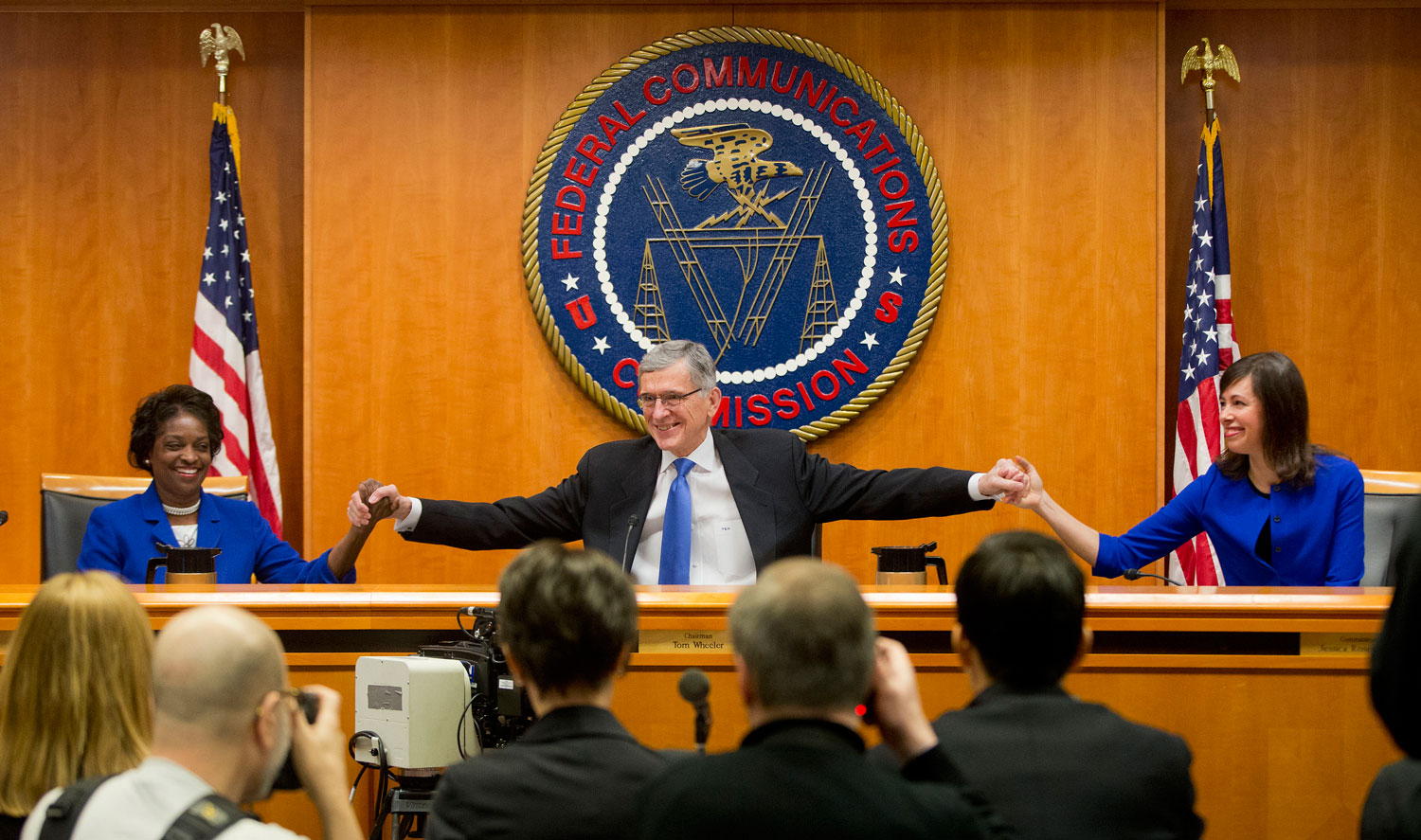 Her term expired, however, and although she was re-nominated, she was not confirmed by the Senate despite promises by leadership there to do so. She was required by law to step down in the first few days of 2017, and although President Obama nominated her again before leaving office, President Trump withdrew that nomination in March.

That was a tactical move, causing the remaining three members to be split 2-1 along party lines and allowing the new chairman, Ajit Pai, to pursue his agenda unencumbered by effective dissent. As long as the 2-1 majority remained, all sorts of work could be done — or rather undone, as Pai’s most high-profile actions have been to walk back the accomplishments of the previous administration.

The administration took the safe route, waiting until it had someone on its side of the aisle to nominate simultaneously with Rosenworcel. That would bring things to 3-2. (The Commission is required by law to be party-balanced, with a maximum seat disparity of one.)

That someone turned out to be Brendan Carr; for the last few years he has been the FCC’s general counsel, and served as lead advisor to Ajit Pai during the latter’s term as commissioner. Before that, he worked at Wiley Rein, a law firm that has represented major ISPs and telecom associations. 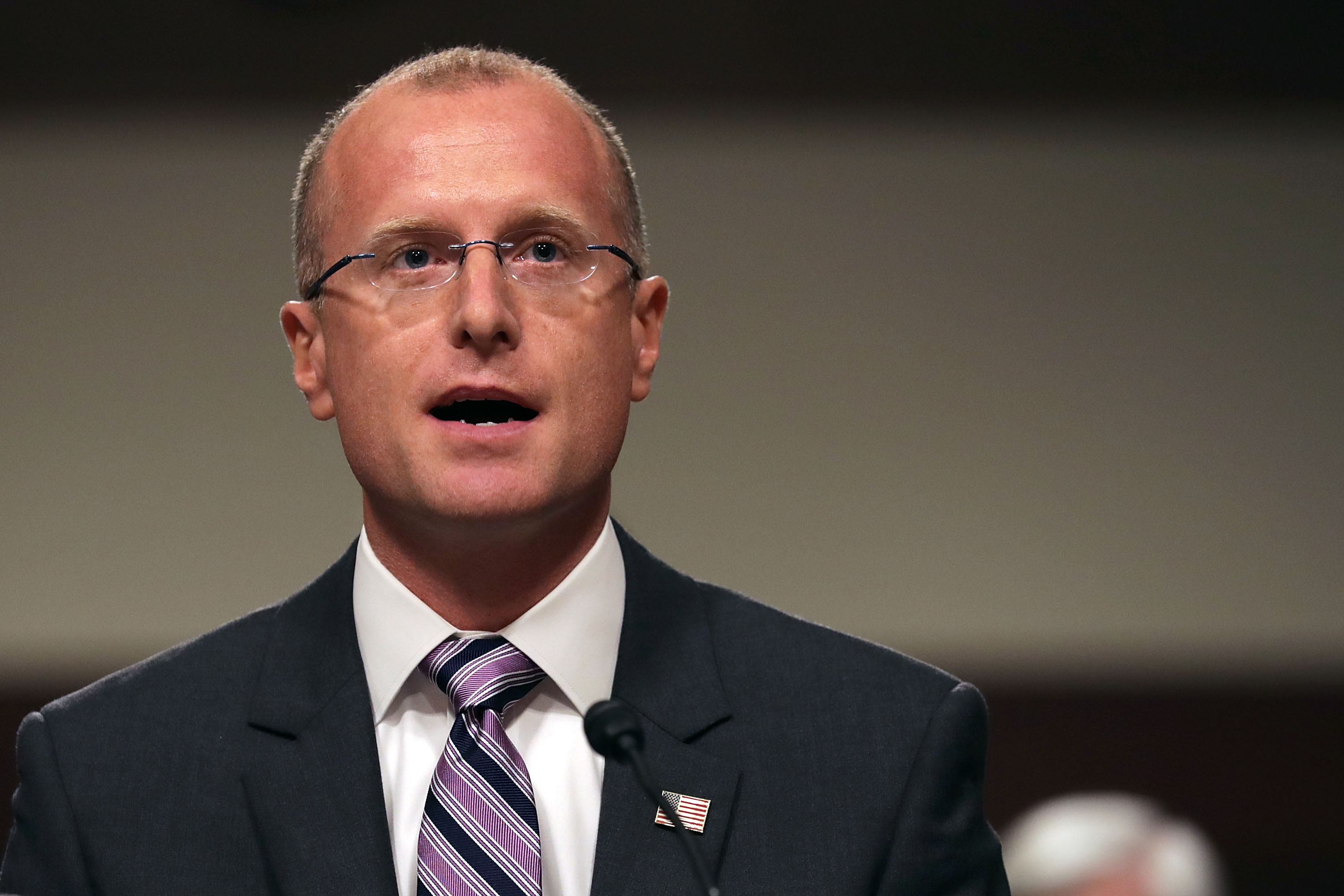 While that last fact will probably be used as a brush to tar Carr as an industry shill, don’t forget that similar allegations were leveled at Tom Wheeler before he led the charge toward net neutrality. It’s not uncommon for a legal expert in the field of telecommunications law to represent or otherwise do work for the likes of AT&T, so it would be unwise to prejudge based on that.

On the other hand, his service as legal right hand to Pai during the last year of striving against the 2015 rules is more than enough evidence of complicity in that agenda. The legal and technical arguments behind the challenges are, as many have pointed out, shaky at best and deeply misleading at worst. If they were, as seems likely, the result of Pai and Carr putting their heads together, you can expect much more of that in the future now that Carr is on the Commission itself.

What do these confirmations mean for the challenge to net neutrality rules that has garnered more than 10 million comments? Not too much, practically speaking. The Commission is still ruled by a Republican majority and the idea of Carr being swayed to vote against the so-called “Restoring Internet Freedom” rulemaking is laughable.

In terms of optics, however, it would have been undesirable to vote on such a major undertaking without a full Commission — though they didn’t have that qualm regarding previous actions dismantling the previous Commission’s work. Now, however, the administration and FCC no longer leave themselves open to the criticism that this major decision was made with a 2-1 majority contrived by partisan operatives.

Carr and Rosenworcel have yet to be sworn in, but as soon as they are I will contact them to learn more about their positions and pet projects.