In April, Google unveiled a new vision for its Google Earth application, two years in the making, that introduced more ways to explore the planet through guided tours, informational cards, integrated 360-degree videos and Street View imagery, and more. Initially, the new Google Earth was available only on Android and Chrome. Today, it’s arriving on iOS.

The updated iOS application for iPhone and iPad brings the same experience to Apple device owners, including the new interactive stories feature Google calls “Voyager.” In its announcement, Google is positioning Voyager as a way to find your next travel destination, but that’s only one of the ways it can be used.

Of the now over 140 stories available,  17 cities can be found in the “travel” category, offering itineraries for top cities around the world. 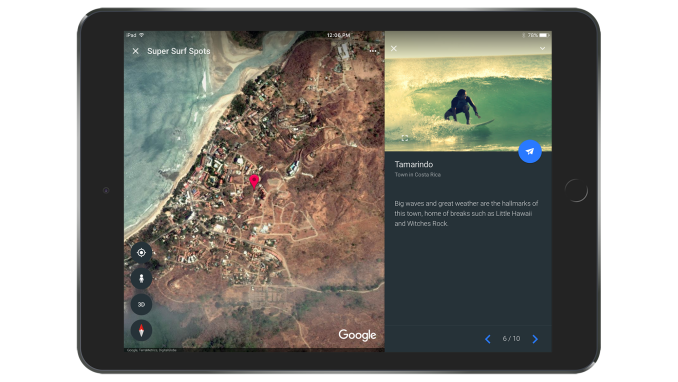 However, most of Voyager’s tours are about exploring interesting places in the world.

At launch, Google announced tours from BBC Earth, Jane Goodall, Sesame Street, NASA, and others. Today, it’s noting the newer live camera feed of brown bears in Alaska, provided by Explore.org; a tour of Machu Picchu from the UNESCO World Heritage Site; a tour of the world’s museums; and even a tour that follows The Beatles’ journey.

The updated iOS app also introduces the new “Knowledge Cards,” which are fact-filled cards that tell you more about places and landmarks you’re viewing. The app introduces the classic “I’m Feeling Lucky” button, too, which is designed to help you more serendipitously explore the world. This is a feature that kids will likely enjoy, as it zooms the earth around to your next destination. 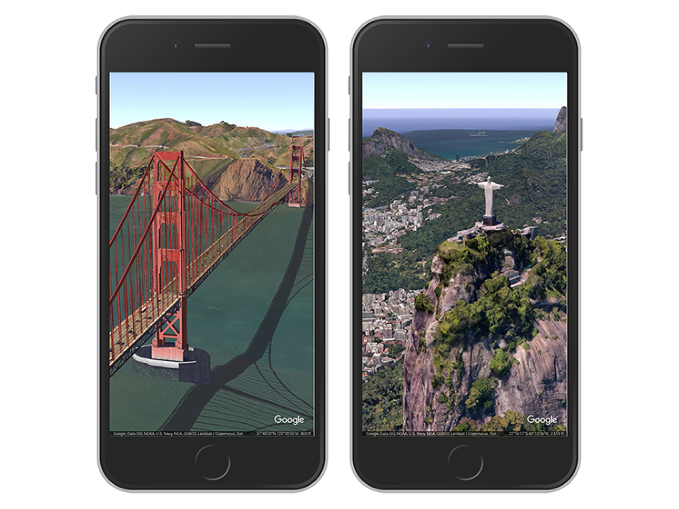 You can use the new app to send postcards to friends, as well. This basically lets you snap a picture from a place you’re viewing in Google Earth – which often includes angles on famous landmarks you’re not able to capture with your own camera.

The updated Google Earth app, now 64-bit, is here on the App Store.