Square, the payments processing company founded by Jack Dorsey, reported its second quarter earnings after the bell on Wednesday. After beating expectations, the stock quickly went up 4% in initial after hours trading.

Square reported revenue of $552 million, when analysts were forecasting $536 million. It’s also up 26% from the same period last year.

The company still lost money at 4 cents per share, but less than the 5 cents per share Wall Street was expecting. Losses were $16 million, an improvement from negative $27 million last year.

Gross payment volume, a measurement of total transactions, was $16.4 billion, up 32% since last year. Once known as the payment platform for food trucks, Square has been attracting larger businesses as well. GPV from its “midmarket sellers,” which are defined as larger sellers that generate more than $500,000 in annualized GPV, grew 61% since last year and accounted for 19% of GPV.

Square is known for its mobile payments processors, but the company has been introducing a range of services targeting small businesses. Its Square Capital loan program has seen volume grow 68% since last year.

At the time of the IPO, Square was widely panned for having a $3 billion market cap that was only half the $6 billion private market valuation. Since then, Square has done a great job convincing investors that it has improving financials and the company is now worth almost $10 billion. 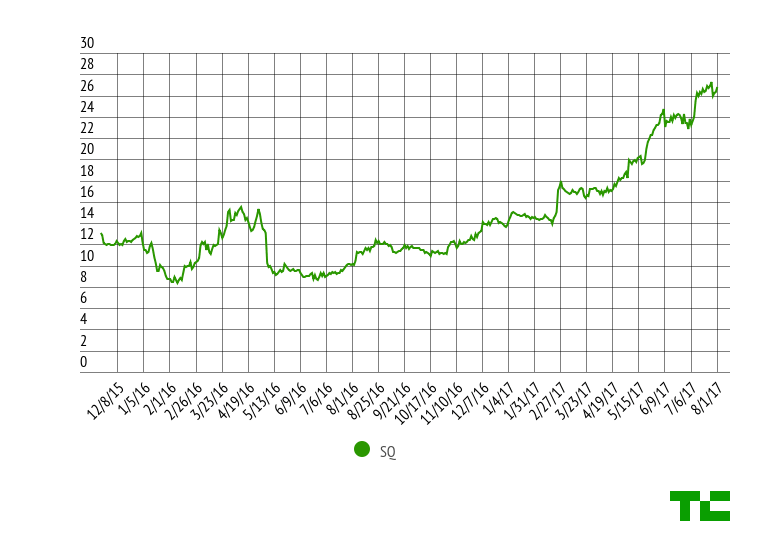 With a market cap of $11.74 billion compared to Square’s $9.9 billion, it’s not out of the question that Square will surpass Twitter to become the larger company.