If RED piqued your interest with its vague promises of a holographic pocket digital cinema phone (what does that even mean?!), you’ll be interested to hear that YouTuber Marques Brownlee (AKA MKBHD) has gotten his hands on a prototype and was favorably impressed.

It’s a beast of a phone, with a ridged, industrial design like that of the company’s cameras and accessories. Of course, being a prototype, it doesn’t really work — this one is more of a mock-up to show the phone in its naked state. And although it may not be for everyone, I appreciate that its creators are doing something other than a featureless lozenge.

And then there’s a second prototype that shows what the device might look like when it’s actually ready for some video-takin’: 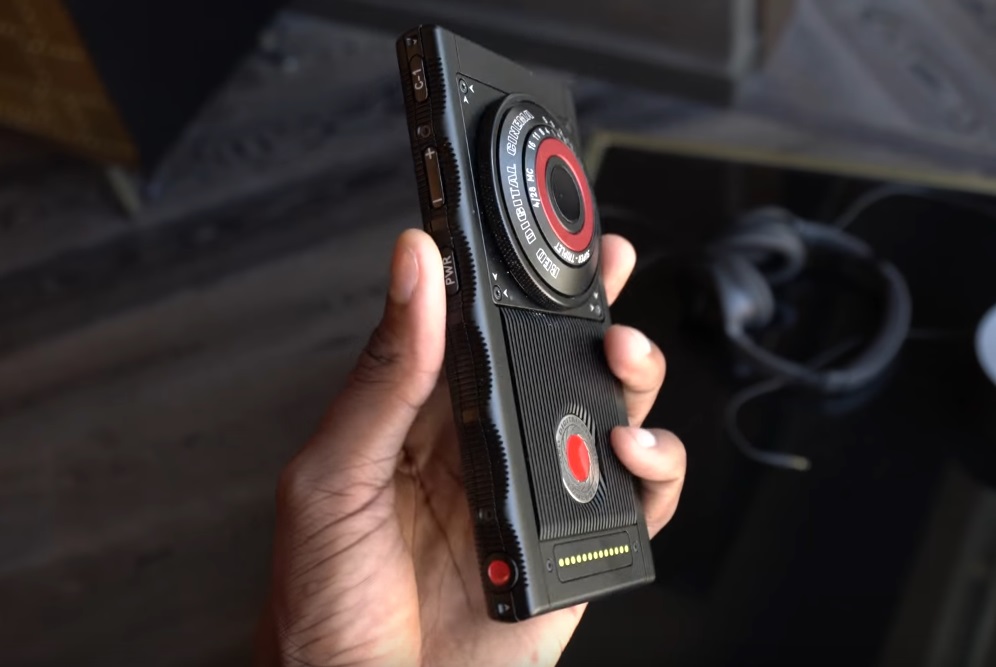 Wait, you didn’t think you were going to shoot your next movie with just a straight-up phone, did you? Hell, even those “shot with iPhone” pictures use all kinds of stuff, like lens attachments, lighting setups and all that. No, the Hydrogen will be a big, chunky mother when it’s actually doing its digital cinema stuff. I’m surprised they put a 1/8″ headphone jack and not a tripod mount on the thing.

A third prototype, equipped with the so-called holographic display, is shown mostly off-camera, and Brownlee, though he says he was merely at a loss for words, doesn’t seem particularly blown away. It’s easy to imagine why: small glasses-free 3D displays came and went not because they didn’t work but because they aren’t compelling. If this is just a high-fidelity version of a technology that failed for a dozen reasons, it’s hard to muster any enthusiasm.

Brownlee’s a RED fan, though, so I think he’s keeping the faith. He says we can expect more about the Hydrogen in the next month or so.