When you first look at Redkix, it looks like any other Slack clone, but while you could definitely use it just like Slack, the team offers an important twist on the standard company chat theme: it plays nice with email. After a year of private testing with about 7,000 users, the team is opening up its public beta today and launching its paid premium program in private beta.

Oudi Antebi, Redkix’s CEO and co-founder, told me that one of his main theses for building Redkix was that collaboration software only works when you have 100 percent participation inside a company. “All you need is one person to ruin the party for everyone else,” he said. In addition, users don’t want to have to switch back and forth between their inbox and their chat tools.

To solve this, the team decided to make email a core feature of Redkix. That means the service features both an email inbox for your work email and you can use the regular chat window to talk to users — maybe outside of your company — who only use email. Redkix simply aggregates your messages to them and sends them out as an email and when they respond, their answers show up in a chat channel, too. The overall experience is pretty intuitive and straightforward, though there’s obviously a tiny bit of lag before the service parses incoming emails. 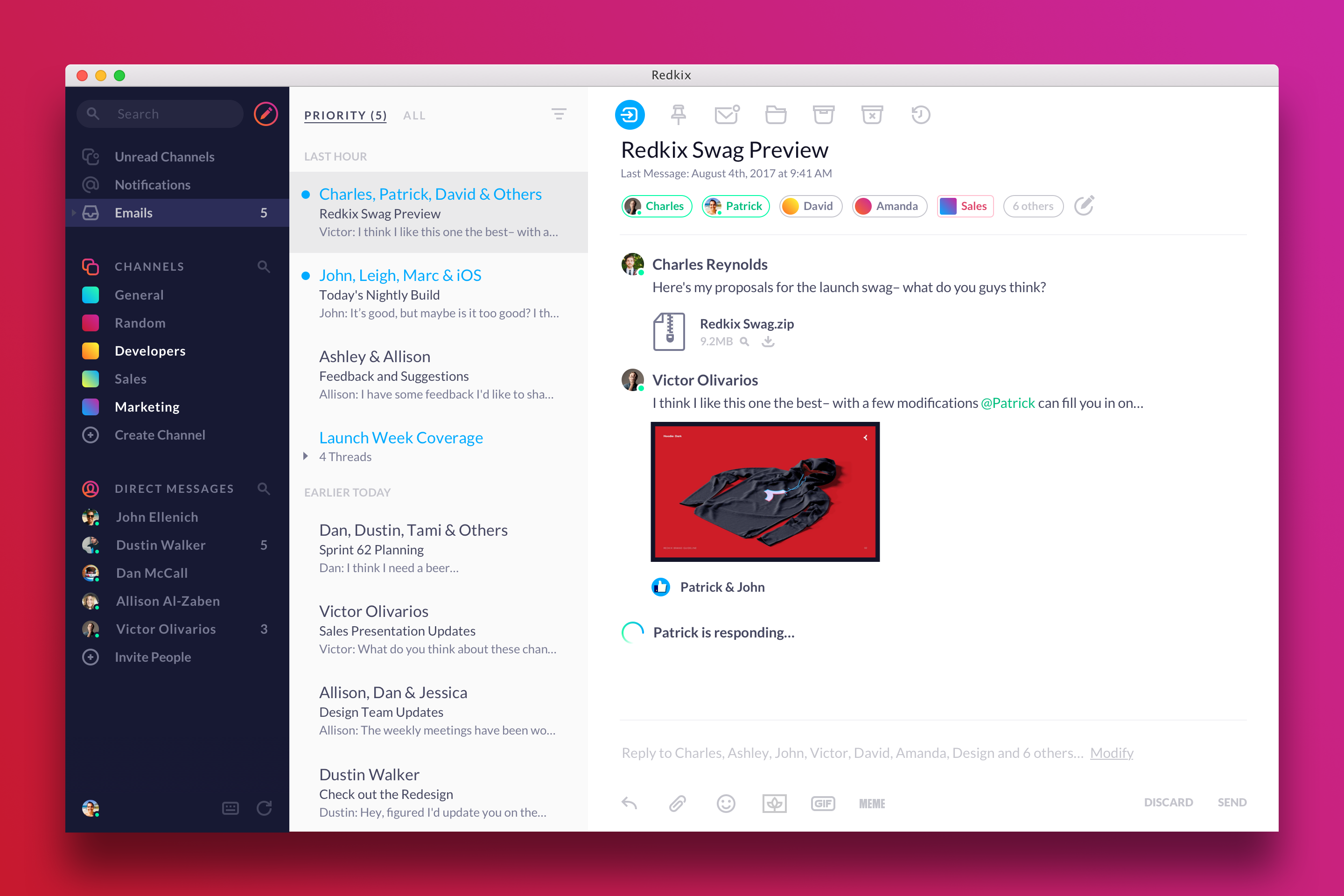 One feature Antebi is especially proud of is threads on Redkix. If you’re a regular Slack users, then you know that this remains an unsolved problem in chat apps (and Slack’s solution still feels clunky to me). Redkix threads live inside their channels but feel more like separate entities that are easier to keep track of than their Slack counterparts.

Antebi also stressed that Redkix will soon be ISO 27001 certified and that the company plans to get Soc 2, Soc 3 and HIPAA certifications, too. This clearly speaks to the company’s ambition in the enterprise space, where having these kind of enterprise-level security and privacy certifications are table stakes. 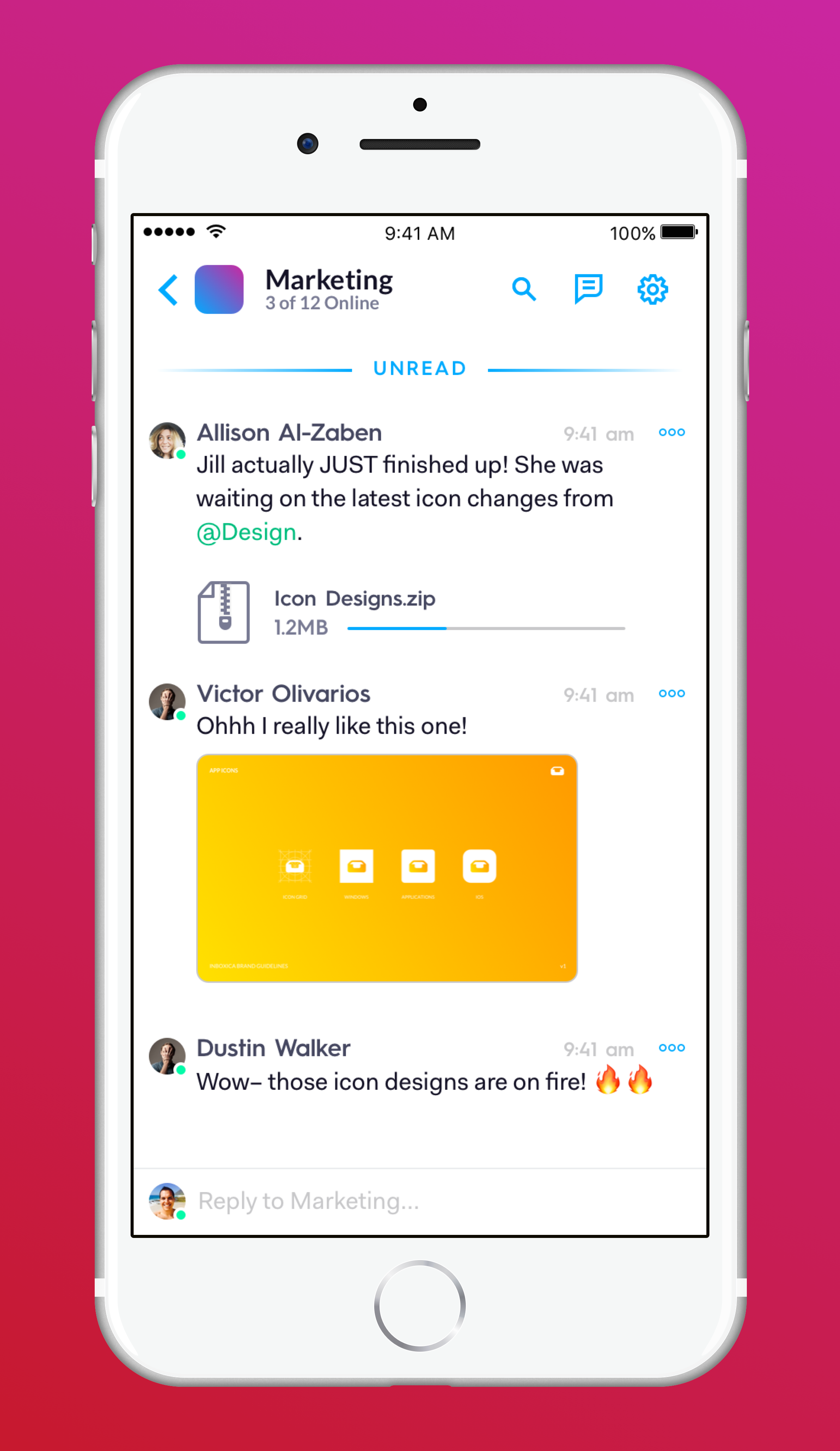 Looking ahead, we’ll like see support for video and audio chats as well, though it’s unclear when exactly this will happen.

The new premium “Teams” tier, which will cost $6 per user and month, is now also available in private beta. The playbook here also sounds quite similar to Slack’s. Users pay for having unlimited team members (the free version is restricted to 10) and an unlimited chat and email histories, as well as a larger file storage allotment (10GB). Later on, the team also plans to launch an enterprise version with support for on-premise content storage, advanced encryption and support for Active Directory sync.

Native apps for the service are currently available on Windows and MacOS, as well as on the iPhone. The Android app is still in private beta for now and a web-based version of Redkix is launching soon.

With about $20 million in funding to date, plans to grow the team to 60 people by the end of the year and offices in Israel and the U.S., Redkix is clearly planning for growth. How well the company will do in what is an increasingly saturated market for collaboration tools remains to be seen, but its slick email integration may just put it over the top when it goes out to sell its services to enterprises.