ReWalk has been talking up its upcoming “soft exoskeleton” since January. The Boston-based company finally took the system out for a spin in the daylight, showing what it’s capable of at a robotics event held on the MIT campus this weekend. The version on display is still a prototype, but all of the functionality is in place, using a motorized pulley system to bring mobility to legs impacted by stroke.

The device, now known as the Restore soft-suit, relies on a motor built into a waistband that controls a pair of cables that operate similarly to bicycle brakes, lifting a footplate in the shoe and moving the whole leg in the process. The unaffected leg, meanwhile, has sensors that measure the wearer’s gait while walking, syncing up the two legs’ movement. An able-bodied representative from Harvard was on-hand at the event, demonstrating how the system automatically adjusts when walking at different speeds.

Rewalk’s soft exoskeleton is designed to give stroke patients more mobility. A sensor on one leg measures the walker’s gait. The other leg uses a system similar to bicycle brake cables to move the other foot. The device can barvard’s Wyss Institute developed as part of a DARPA project. #tech #tcrobotics #robotics #darpa

Harvard is behind the Restore’s design, with the school’s Wyss Institute for Biologically Inspired Engineering developed the underlying technology here. The prototype on display this week, however, is the result of a partnership between ReWalk and the Institute, which is designed to commercialize technologies created at the school by teaming with companies that know how to navigate product launches, sales and regulatory bodies like the FCC. 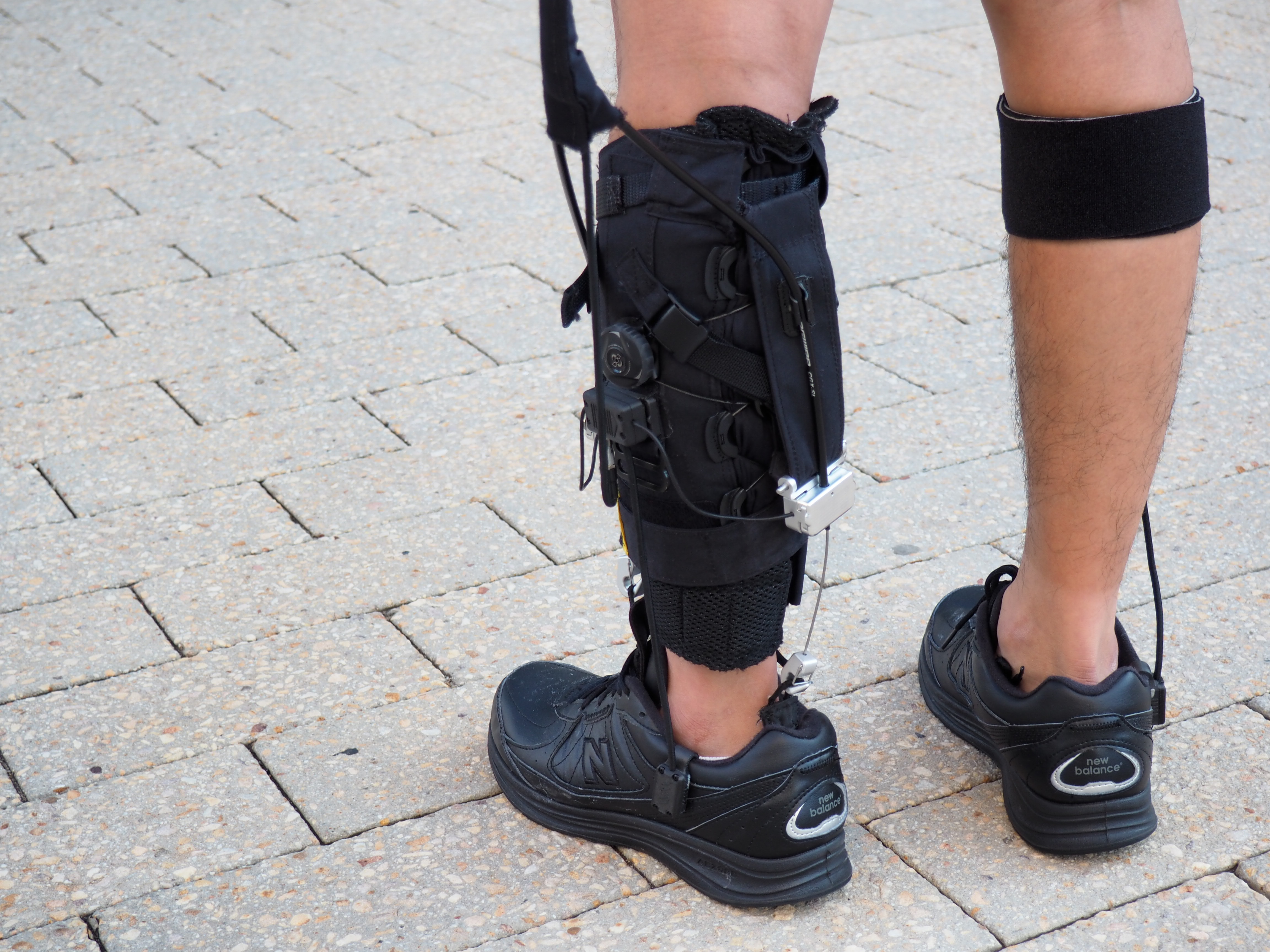 ReWalk CEO Larry Jasinski tells TechCrunch that while industry-funded research isn’t entirely uncommon in the academic world, Harvard has been seeking more impactful ways to bring the benefits of their research to a real-world setting. “They were willing to structure something in a way that could work for both parties,” he explains. “I think that’s because, while this is technically at Harvard, but it’s at the Wyss Institute. They’re trying to develop the institute as something that has more of an application mindset. We are a bit of an experiment, as part of their attempted business model.”

As part of the deal, ReWalk, best known for its robotic exosuit designed for people with spinal injuries, helps fund Harvard’s research. Once completed, the company pays to license the patents indefinitely for its products, and Harvard also gets a percentage of sales of the product if/when it finally comes to market. How long that takes depends on a number of factors like FCC approval. Jasinski expects the final version of Restore — which will look a lot cleaner than the Borg-like device on display — will be available in the U.S. before the end of next year. 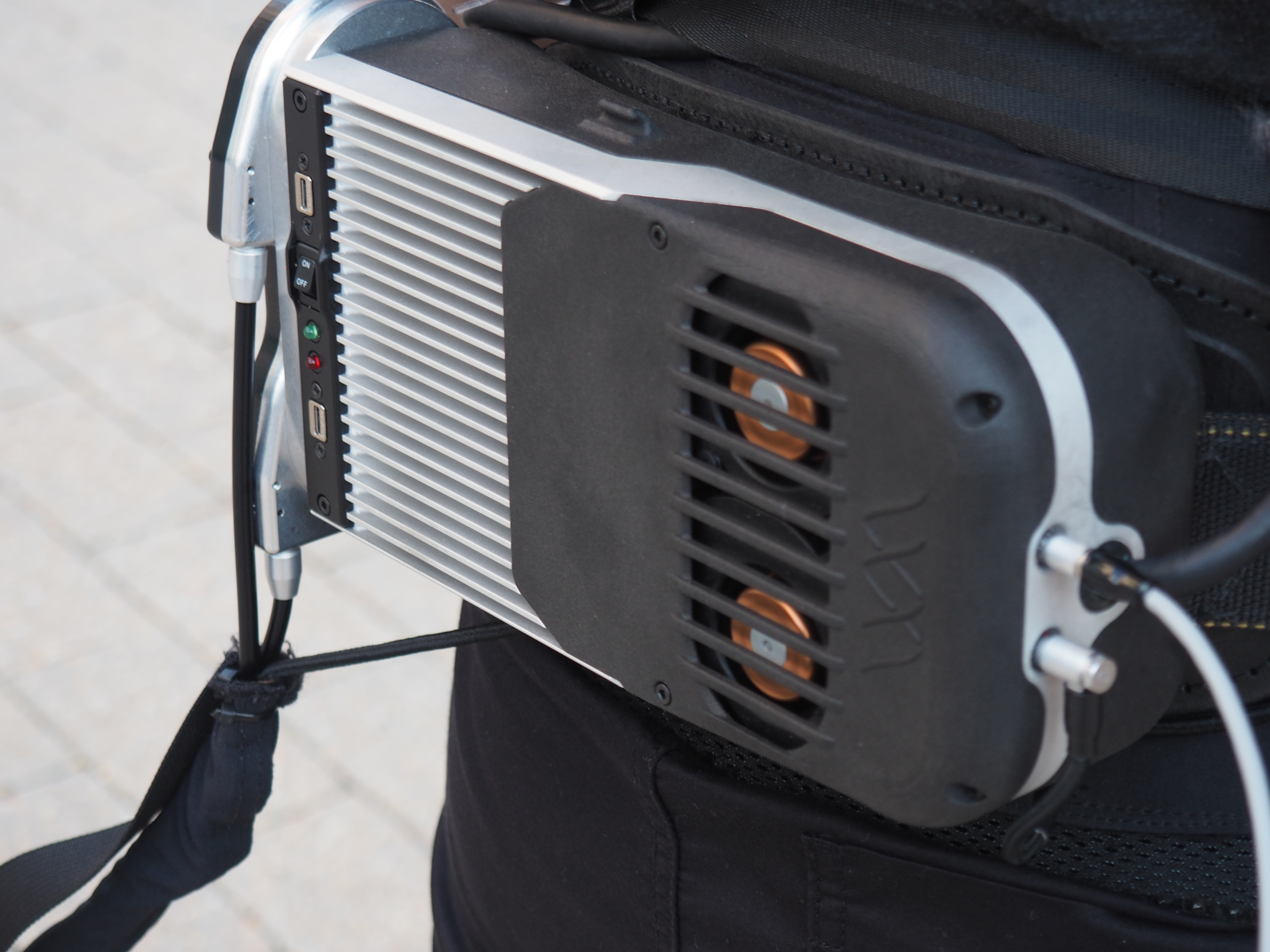 Restore is one of many projects the lab is looking into using the same underlying technology. There could also be implications for MS, ALS and Parkinson’s patients. The Wyss team also displayed a version of the technology at TC Sessions: Robotics this week designed to help soldiers carry additional payloads of 15  to 20 percent.